In 2009, police in Denver, Colorado, pulled over a 19-year-old African American college student named Alex Landau. As a child Alex had been adopted by a white couple and grew up in largely white middle-class suburban areas. Race was barely a consideration to him, but what began as a routine traffic stop ended with Alex unconscious and needing 45 stitches to close up lacerations on his face. 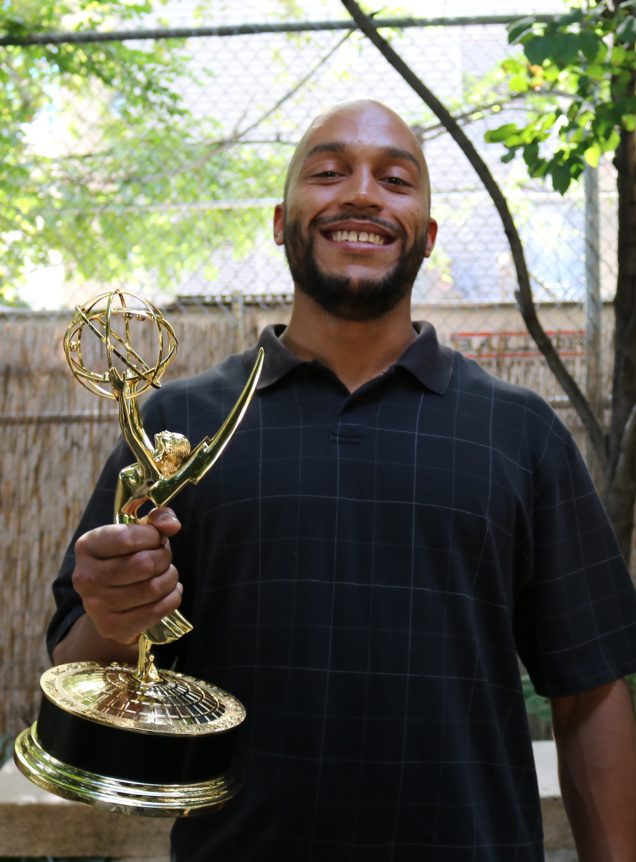 Alex (left) was awarded a $795,000 settlement by the city of Denver in 2011 and two of the officers involved have been fired for their conduct during other incidents. In 2014 Alex came to StoryCorps with his mother, Patsy Hathaway, to talk about the role race has played in his life, and what happened the night police pulled him over and beat him.

Last week, “Traffic Stop,” the animated short that tells Alex’s story won an Emmy Award, and the next day, Alex stopped by StoryCorps’ Brooklyn office to talk with producer Jud Esty-Kendall. In this episode of the StoryCorps podcast, they discuss the Emmy Award ceremony, the lasting effects of the violent acts perpetrated on him, his need to remain in the community, and his complex relationship with law enforcement.

Today Alex works with families of people who have experienced police violence and conducts “Know Your Rights” workshops with young people of color, advising them how to safely interact with law enforcement. He also runs workshops for mixed-race families like his own. His hope is that though his work, no one else will have to experience what he went through—especially his young daughter.

Nick Jaina – “All the Best Fakers”