Since the appearance by Ghazala and Khizr Khan at the Democratic National Convention last month where Khizr spoke about losing their son, Capt. Humayun Khan, in Iraq in 2004, the term Gold Star family has been in the headlines. Gold Star describes the loss of an immediate family member serving in the military during wartime, and in this week’s episode of the StoryCorps podcast, we hear from some of those families as they discuss the sacrifices they and their loved ones have made for their country. 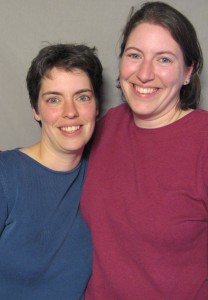 In January 2005, First Lt. Travis John Fuller and 30 others were killed in Iraq when their helicopter crashed in a sandstorm. Months later, his older sisters, Rebecca Fuller and Jenny Francis (pictured at left), came to StoryCorps to remember Travis as a little guy (he was five feet seven inches tall) much smaller than many of his fellow Marines, but who left a big impression on both his family and the people who knew him.

Growing up, Monica Velez was a mother figure to her two younger brothers, Andrew and José “Freddy” Velez (pictured together in the player above), who both left home at an early age. Freddy joined the Army when he was 18 and deployed to Iraq, when Andrew turned 18 two years later, he followed his brother into military service and deployed to Iraq and Afghanistan. 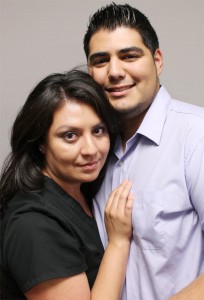 Corporal José “Freddy” Velez was killed in action in Iraq in 2004. He was 23 years old and was posthumously awarded the Silver Star for outstanding service.

Specialist Andrew Velez had the difficult task of escorting his brother’s body back to the United States. Two years later, he committed suicide in Afghanistan. He was 22 years old. Before he died, Andrew received the Army Commendation Medal.

Monica came to StoryCorps with her fiancé, Christopher Hernandez (pictured together at left), to remember her brothers.

The Gold Star originated during WWI when families who had 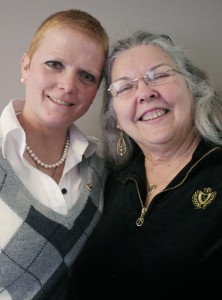 sent a son or husband off to war would hang a Service flag outside their home. The flag would have a blue star on it for each person in the family at war, and when someone was killed, the blue star was replaced with a gold one.

Staff Sergeant Tracy Johnson is an Iraq veteran and an Army widow. She is also believed to be the first gay spouse to lose a partner at war since the repeal of “Don’t Ask, Don’t Tell.”

On Valentine’s Day in 2012, she married her long-time partner, Staff Sergeant Donna Johnson, and in October, Donna was killed by a suicide bomber while stationed in Khost, Afghanistan. 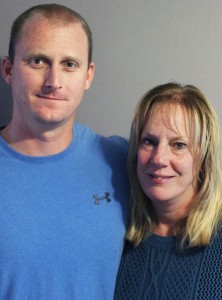 At StoryCorps, Tracy talked with her mother-in-law, Sandra Johnson (pictured together above left), about finding out that Donna wasn’t coming home, and they discuss Tracy’s relationship with Donna’s family.

Lance Cpl. Brian Parrello was the only member of his Marine platoon who didn’t make it home from Iraq. While patrolling near the Haditha Dam, Brian, 19, was killed by an IED.

In the decade since Brian’s death, his platoon has grown close to his family. Recently, Sgt. Kevin Powell sat down with Brian’s mother, Shirley Parrello (pictured together at left), for a StoryCorps interview to talk about finding Brian after the explosion, and the immense guilt he has felt since.

A couple of months after their conversation, Brian’s platoon joined the Parrello family to mark the ten-year anniversary of Brian’s death.