In this podcast, we hear four stories about kids getting into mischief and how their childhood antics sometimes followed them into adulthood. By their own admission, these adults were at times liars, thieves, or disrespectful to others–occasionally thinking they were getting away with it, but oftentimes later finding out they did not.

In our first story, 85-year-old New Yorker Miriam Kerpen tells her daughter, Lisa Shufro (top photo), about a racy discovery she made while paging through her uncle’s dictionary, and how it got her in trouble later that summer at sleep away camp.

Next we hear from Olly Neal, who grew up in Arkansas in the 1950s. In his younger years, he didn’t care much for high school, but one day during his senior year, while cutting class, he wandered in to the library and stumbled upon a book by famous African American novelist Frank Yerby that he then took without ever checking it out. 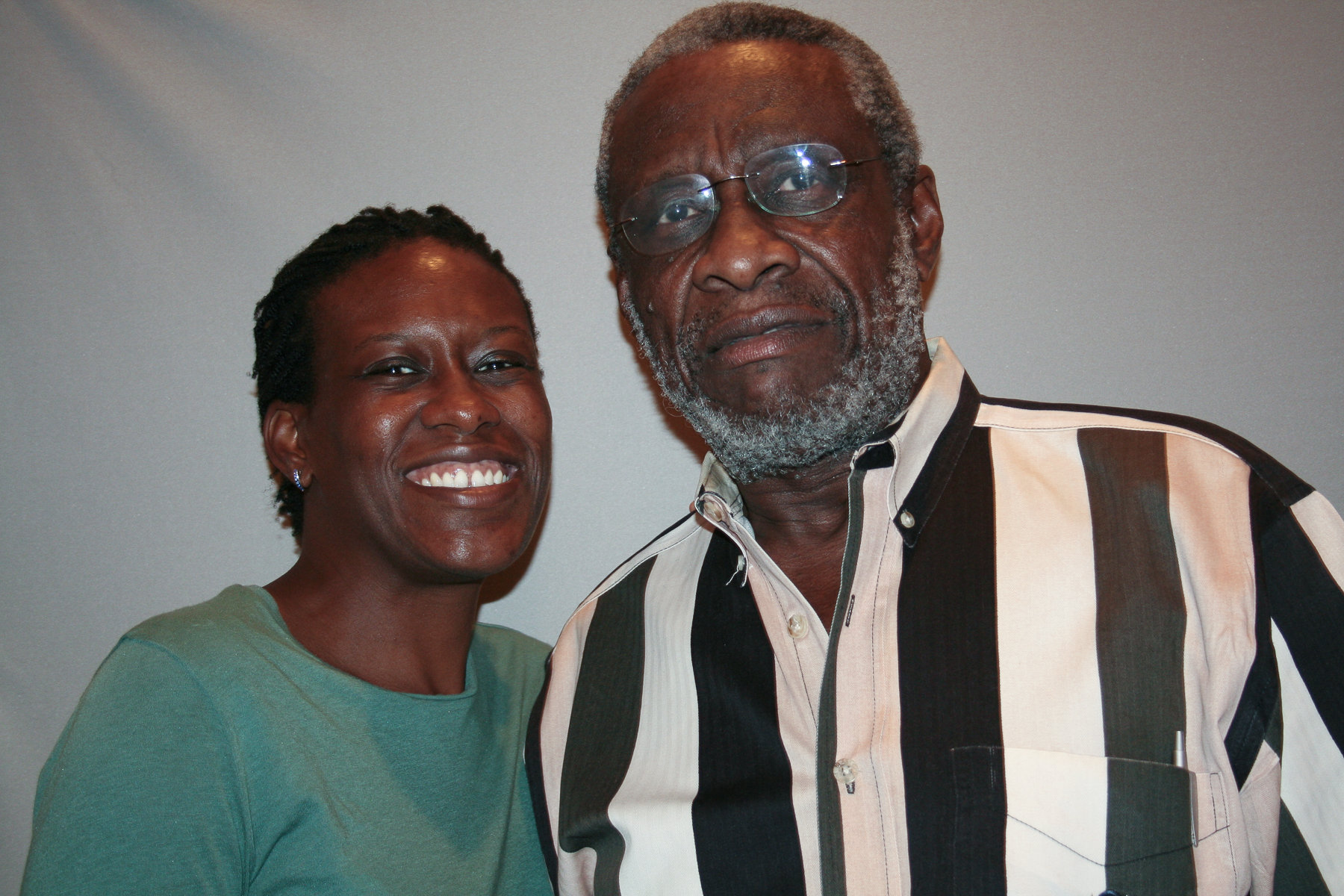 At StoryCorps, he explained to his daughter, Karama (pictured above), what it was about that particular book that drew him to it, and how 13 years later he found out his “crime” had actually been a set-up.

In 1991, Olly became the first African American district prosecuting attorney in the state of Arkansas. He was then elected First Judicial District Circuit Court Judge and later appointed by the governor to the Arkansas Court of Appeals.Judge Neal retired in 2007.

For these next two storytellers, childhood mischief followed them into adulthood. 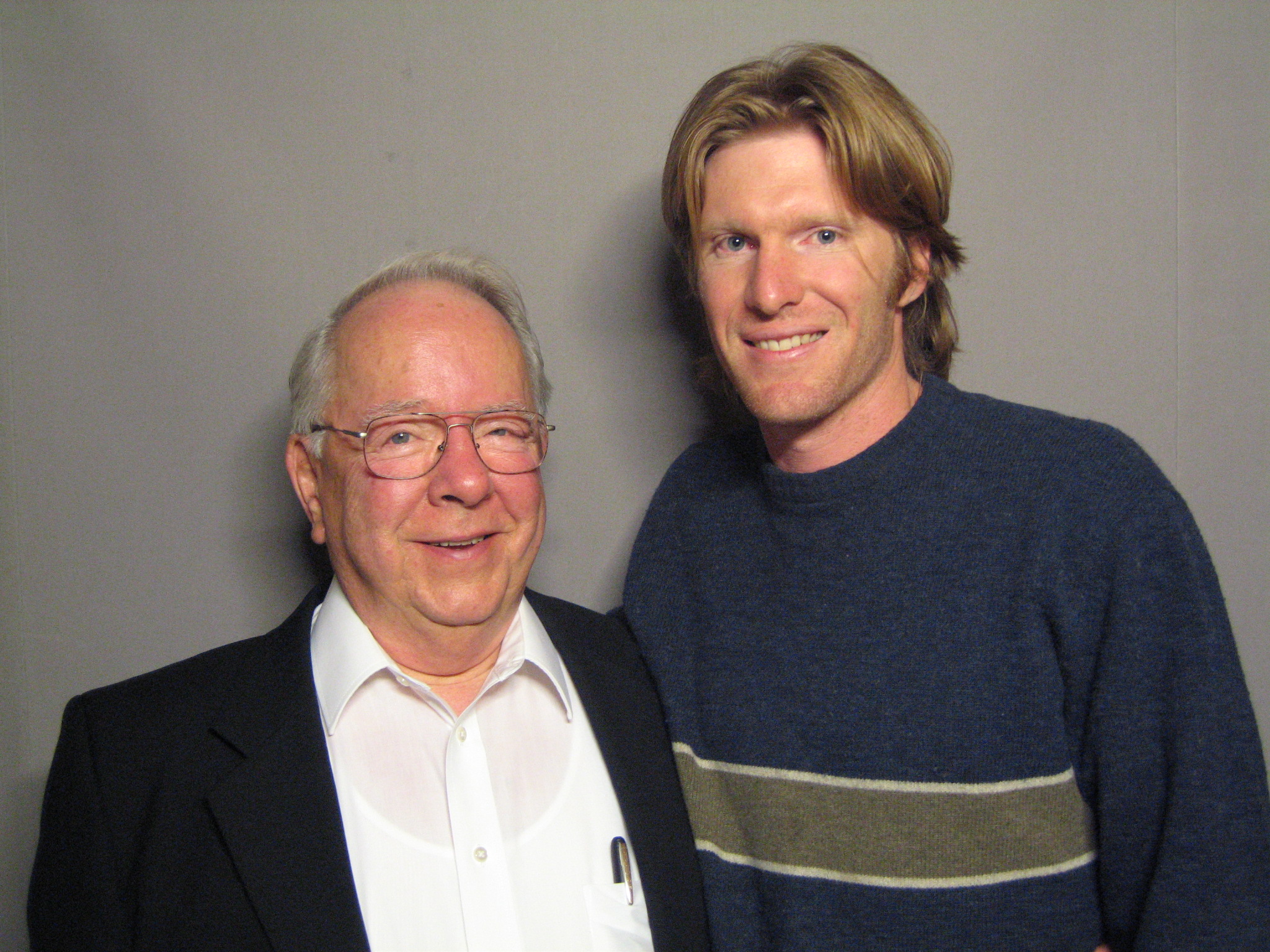 Sean Collins, a medical student at Cornell University, comes from three generations of doctors. He came to StoryCorps with his 81-year-old grandfather, Dr. Richard Collins (pictured above), to hear about two pranks the older Collins pulled—one when he was a young boy attending Catholic school, and the other when he was a medical student making his rounds at an upstate New York hospital. 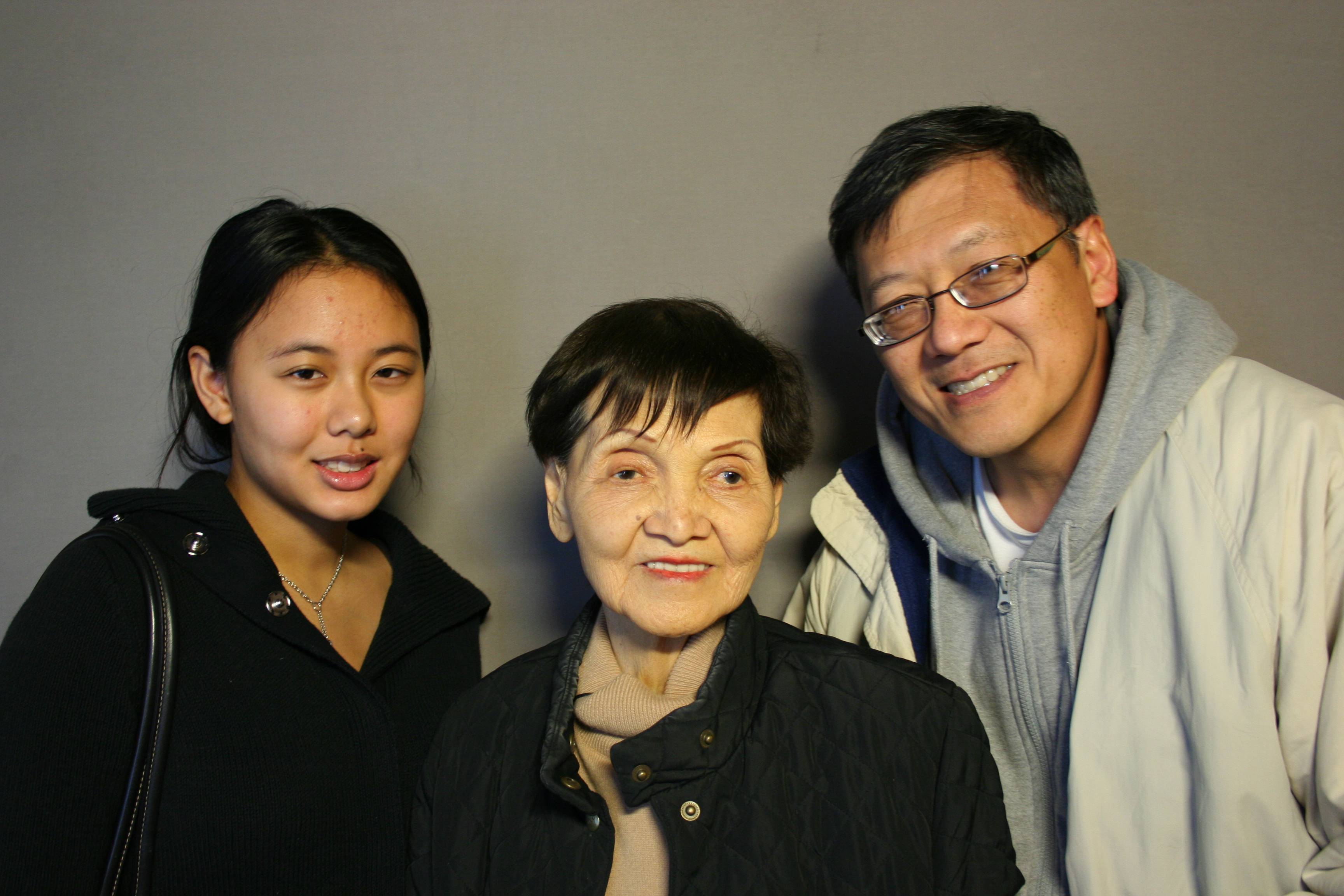 Finally, we hear from three generations of the Wong family, 87-year-old Kay, her son Chung, and her granddaughter Chen (pictured above).

As a child, Kay gained a reputation for being strong-willed,and it is easy to hear that her reputation—which followed her into adulthood—was well-earned.

Just weeks after recording their conversation, Kay died of cancer, and in the second part of our final story, Chung and Chen return to StoryCorps to remember Kay.

“Boop” and “Elephant Walk” by Podington Bear from the album Playful

“Has Pluck” by Poddington Bear from the album Backbeat

“Good Times” by Poddington Bear from the album Upbeat

“Somewhere New” by Lee Rosevere from the album Music for Malls

Michael Garofalo: Hi, and welcome to the StoryCorps Podcast. I’m Michael Garofalo. We’re calling this episode “Up to No Good”, and it’s all about the trouble you stir up as a kid. We’ll hear from people who were, by their own admission, lying, thieving, disrespectful children. Sometimes they got away with it, and sometimes they didn’t.

Miriam Kerpen (MK): I was thirteen at the time so this was 1933. I went into Uncle Jake’s room and opened the dictionary and in the middle of the dictionary was hidden a magazine called Spicy Stories.  Spicy Stories was pictures – it, it I guess it qualifies as porn, I’m not sure – but it was mostly pictures of naked ladies dressed in jewelry and high heels and it absolutely was astonishing to me.  And I wrote down the name of the publisher and I wrote to them and said, ‘Please, I’m gonna be going to be going away to camp this summer but I would appreciate a subscription. And I would appreciate it if you would send it in plain cover…’’  It was a dollar for a subscription.  I sent the dollar. …and then forgot about it.  It was over and done and I went to camp.  And one day I was called in front of the head counselor who said, ‘This came in the mail for you.’ And there was Spicy Stories –

[MUSIC “Three for the Show” by The Johnny Staccato Band]

MG: That was Miriam Kerpen who recorded that interview when she was 85. She spoke with her daughter, Lisa Shufro. This next story also involves a rather exciting cover photograph. It comes from someone named Olly Neal, who grew up in Arkansas during the 1950s and he was one of these teenagers who really didn’t care much for school. One day during his senior year, he skipped class and ended up wandering into the library, and as he tells his daughter in this interview we’re about to hear, he stumbled onto a book written by African American author, Frank Yerby.

Olly Neal (ON): I was a rather troubled high school senior at the time, about sixteen years old at the time.  And I spotted this book that looked rather risque, called the Treasure of Pleasant Valley. On the cover was a drawing of a woman who appeared to be wearing something that was basically see-through, but the symbolism was really great for me at that age.

And then I realized if I read the book, two of my classmates, girls, were volunteering in the library, and if they saw me taking out a book they would tell the boys and my reputation would be down because I was reading books. And I wanted them to know that all I could do was fight and cuss and so finally come to me, just steal the book. And so, when I finished the book in about a week or two I brought it back.

And several years–thirteen to be exact, we were at a gathering at my high school, for my class reunion, and the teacher who had been the librarian, Mildred Grady, was there. She told me that she saw me take that book when I first took it.

She said her first thought was to go and tell him, ’Boy, you don’t have to steal that book. You can check it out. They’re free.’ Then she realized what my situation was. I couldn’t let anyone know I was reading. So she said that she decided that if an old boy would read a book, she and Mrs. Saunders would drive to Memphis and find another one for me to read.  And they would put it in the exact same place where the one I had taken was. And every time I took one out, they headed to Memphis to find another one.

You have to understand, this was not an easy matter, because this was 1957 and 58. Black authors were not especially available, number one, and number two, Frank Yerby was not such a widely known author and number three, they had to drive all the way to Memphis to find it. And I credit Mrs. Yerby for getting me in the habit of reading so I was able to go to law school and survive.

MG: That’s Judge Olly Neal with his daughter Karama in Little Rock Arkansas. In 1991, Neal became the first ever black District Attorney in Arkansas. Later, he was elected as a judge and then appointed to the Arkansas Court of Appeals where he served for eleven years.

MG: We’re going to hear two more stories now about people whose antics continued into adulthood. The first comes from a retired country doctor from upstate New York, his name is Richard Collins–Dr. Richard Collins–and he was interviewed by his grandson Sean, who at the time was a medical student at Cornell, and he wanted to know something about his grandfather’s education, which started at a small Catholic school.

Finally we’ll hear from three generations of the Wang family. Kay Wang was kind of dragged kicking and screaming to her StoryCorps interview. She was brought by her son, Chung and her granddaughter, Chen. And as you’re about to hear, getting her to talk about anything at all was a challenge. She was 87 at the time, and she had, let’s say, a reputation for being strong willed–something that began when she was a child.

Kay Wang (KW): I wasn’t very nice. If I make a mistake my mother she make me apologize. And our custom, when you apologize to your mother you have to bring a cup of tea and say, ”I’m sorry.” But I purposely dropped that hot cup of tea on my mother’s lap. And I wasn’t a good student. I always lie to get out of school because lots of boyfriend after me. That time I was still young. I was not bad looking then. So what else? Hurry, hurry. I want to go home.

KW: I was a training nurse in a hospital. He was there for hemorrhoid operation. So when your grandpa see me, your grandpa keep on asking me to get married. And I said, ”I don’t like you. You have bald headed.” I didn’t like him because he’s ugly. But one thing about your grandpa — he’s very smart. That’s it. No more question.

CW: Short ones. Tell me about working at Bloomingdales. What did you do?

KW: You know what I do. I’m not going to tell you.

CW: No you have– you have to talk about it.

KW: I am a detective. I got the very famous designer. I better not mention her name. She stole a dress three thousand some dollar. So I walk out the store. I said, ”Would you like to pay me that dress?” She said, ”Do you know who I am?” I said, ”Ya, you’re a thief.” So, that’s my life.

CW: Do you have any regrets?

KW: No! What should I regret? No. I think I’m old enough to do what I would like. And that’s it.

MG: That’s Kay Wang with her son Chung and her granddaughter, Chen. We actually turned this into one of our animated shorts, it’s called “No More Questions”, and there’s a follow-up interview in that animation with Chung and Chen that tells you a little bit more about Kay. So if you want more Kay Wang, just head over to StoryCorps.org.