In this podcast, we hear about three Thanksgiving traditions: feeding strangers, feeding neighbors, and listening to the ones you love. 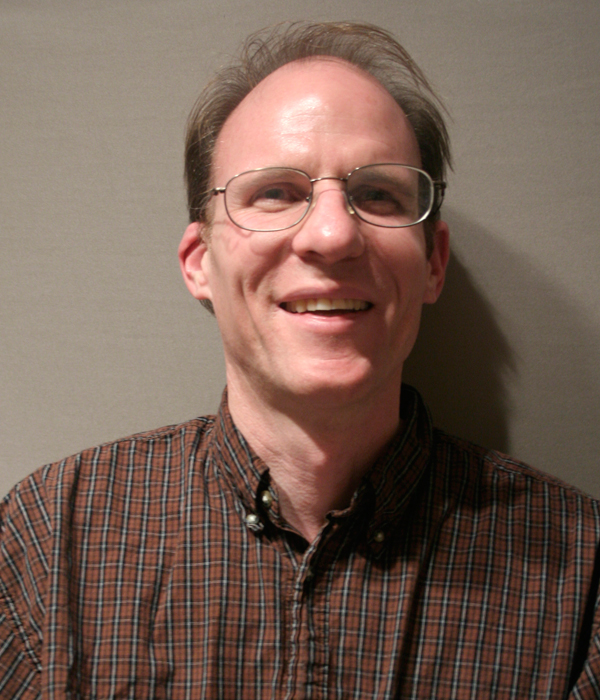 The first story is from Scott Macaulay, who every Thanksgiving cooks dinner for strangers in his hometown of Melrose, Massachusetts. At StoryCorps, Scott (seen at left), explains how he invites people to his holiday dinner and how a tradition that began with him feeding a dozen people back in 1985 became a meal for close to a hundred diners.

Next, we hear from Herman Travis, another man going above and beyond to make sure people in his community have food. Herman, 55, lives in Holly Courts, a low-income housing complex in San Francisco. Every Tuesday he fills a shopping cart with groceries from a local food bank and makes home deliveries to his elderly and disabled neighbors.

Herman is especially busy around the holidays, sometimes making three or four trips in a single day. He came to StoryCorps with his neighbor, Robert Cochran (seen above right with Herman), who happens to be one of the recipients of Herman’s deliveries.

If you listen to our podcast regularly, you’ve heard us talk about the Great Thanksgiving Listen. This holiday season we are asking history and social studies teachers across the country to have their students use the StoryCorps app to record a conversation with a grandparent or another elder over the coming holiday weekend. Our dream is to have an entire generation of Americans honored in this way by having their stories and voices preserved at the Library of Congress. 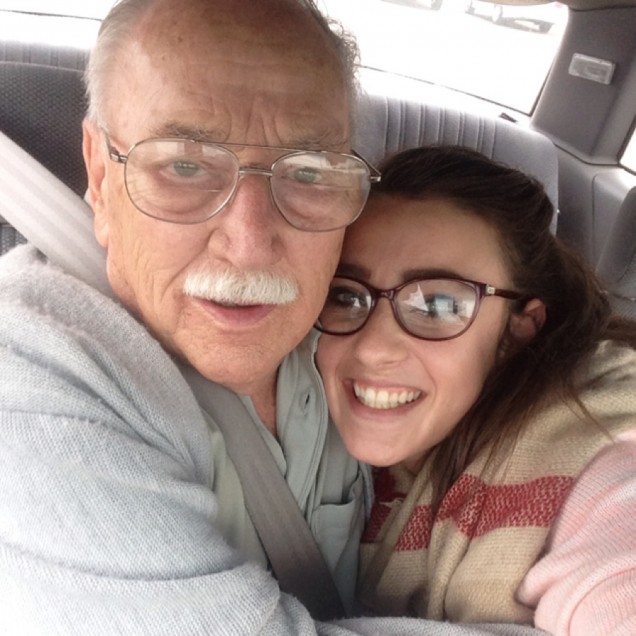 Already many thousands of interviews have been recorded, and our final story proves that a great app interview can be conducted almost anywhere. Kara Masteller, 21, interviewed her grandfather, James Kennicott, 86, while sitting in the front seat of her 1994 Buick while parked outside a mall in Waterloo, Iowa (they took the selfie at left after their recording ended).

Their 16-minute long interview begins simply with Kara saying to her grandfather; “Tell me about yourself, where did you grow up?” and then they proceed to discuss his upbringing, work, Alzheimer’s disease, and their family.

It was precious time together that, according to Kara, led to more discussions between them about family and life after the recording stopped. Exactly what Thanksgiving should be about.

Click here for more information about the Great Thanksgiving Listen.

“Sonstiges” by Podington Bear from the album Backbeat
“Send Off” by Explosions in the Sky & David Wingo from the album Prince Avalanche: An Original Motion Picture Soundtrack