“I valued my own heritage so much to the point that I made a life-changing thing for that, and I would never want it any other way.” 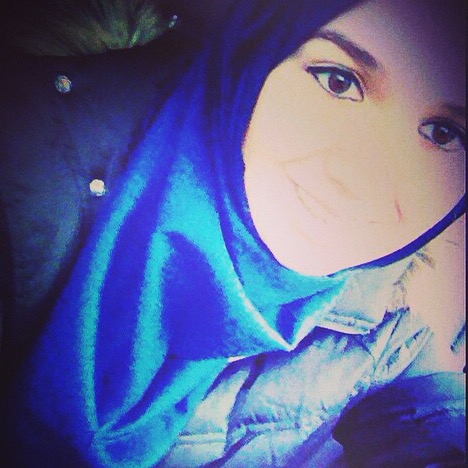 Amirah, a student at Methuen High School in Methuen, Massachusetts, recorded the following story during the 2014-2015 school year:

This past summer in August, I made a very life-changing decision. I am a born Muslim, but I was born here in the United States, in Boston to be exact. So, I am a full-blown American here. I made the decision that I wanted to wear the hijab. You might be wondering, “What is that?” Well the hijab is the headscarf that Muslim women wear on their heads when they’re out in public. I value my heritage and my religion and my culture very, very much. It’s one of my number one priorities in life. To be honest, I always had wanted to wear it since the eighth grade, but I never brought myself to do it. As you probably know, being born in America, there’s a lot of hate on my religion in the media and stuff. But to be honest, the majority of that is totally ridiculous and untrue. But still, that influenced me to not wear it out of fear of being judged. I felt like if I were to wear it, people would judge me based on my religion, and I thought they would think untrue things about me. I was just terrified of what my friends would think, what people would think, but truly, deep in my heart, I really wanted to wear it.

Because I valued what I believed in so much, I finally made the decision last summer to wear it full-time. Originally, I would just wear it part-time when I would go to the local mosque or somewhere where I was around a lot of other Muslims like me, so I didn’t feel left out. However, something changed last summer. I became friends with a girl in my class at school who was also Muslim. We got really close, really really fast. Over the summer we were hanging out and she just brought up one day. She was like, “Maybe we should start wearing it.” I thought, “Oh my gosh! This is a great opportunity for me.” I was so scared, but I thought if I had a buddy to do it with me, I wouldn’t be as judged. I wouldn’t feel left out and like a loner, that kind of thing. So we were like, “Hmmm okay, we’ll wear it junior year of high school. That’s a great idea.” But then something in our hearts was pulling us towards wearing it. Maybe a week later, we were like, “Why don’t we just start wearing it tomorrow?”

I took that leap and it changed my life for the better for sure. Now people know me for who I actually am. I don’t feel like I’m fake, because before that I felt like people didn’t know me for me. It’s very difficult to explain, but how can people even tell what religion I am if I don’t wear it? I wanted people to know, because I was proud of that. I’m very, very grateful that I made that decision.

When we first started wearing it, we went to school and I was nervous about how people were going to react. I walked in and all my friends were there from last year, and there were new people there. Nobody said a word. It was like nothing had changed. It was great and I didn’t have any problems, and I was so thankful and grateful for that. I will never ever regret that decision.

I realized that the only thing that was originally stopping me was my fear of being judged. You shouldn’t let other people get in the way of what you want to do. You can’t stop yourself from doing something if you really want to do it just because of the opinions of others. So I valued my own heritage so much to the point that I made a life-changing thing for that, and I would never want it any other way. 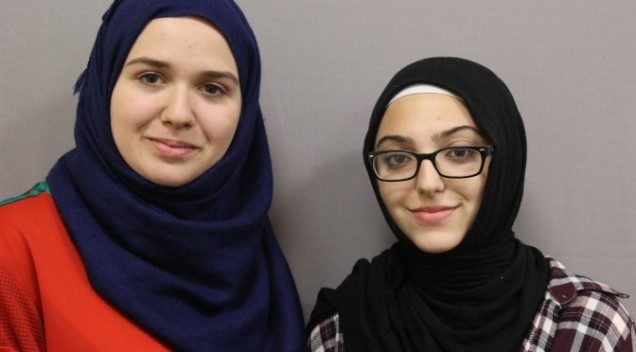 After Amirah recorded the above story, she was invited by StoryCorps to record a full-length interview to be archived in the American Folklife Center at the Library of Congress. She was joined by her friend, Nadine Shahin (below right), who she references in her first recording. Listen to their conversation: