Rebecca Greenberg recently came to StoryCorps with her mother, Laura, to hear about the characters Laura grew up with in Queens during the ’50s. She also heard Laura’s version of her parents’ courtship. It only seemed fair to invite the family back so Rebecca’s father, Carl, could tell his side of the story. 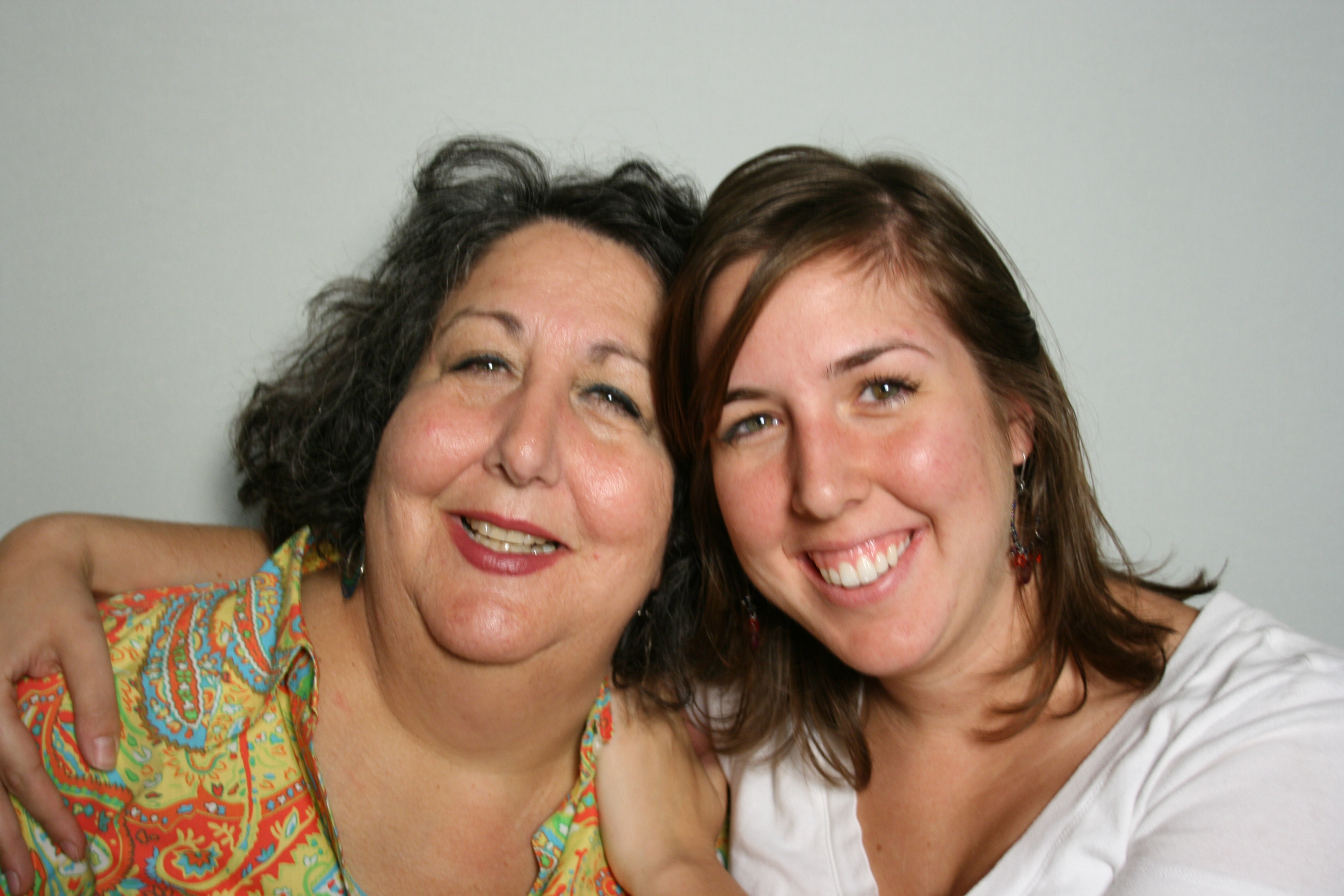 StoryCorps 422: His Name is Carl

Today, we’re going to listen in on some conversations between a family in Atlanta, Georgia. They’ve recorded a few times at StoryCorps. And you should know that even though they live in Atlanta, they’re not originally from there. This will become really obvious, as soon as the mom in the story opens her mouth. Her name is Laura Greenberg, and she’s originally from Queens, New York. She grew up there in the 1950s. And when she first came to StoryCorps, she told her daughter, Rebecca, about what growing up in her household was like.

Laura Greenberg (LG): My father would be in his boxer shorts in front of the stereo with a baton.  He loved classical music, and he would play it really loud and he would conduct the orchestra.

Rebecca Greenberg (RG): When did you learn?

RG: [Laughs] Who were your old boyfriends, how many did you have before dad?

LG: I didn’t have a lot of boyfriends.  I had the neighbor boy.  My mother loved him.  But he wore his pants really high.  And he had an underbite — ew, god.  But no one wanted to have sex with me, really, until I met your father.  He was cute, but very very quiet and I scared the crap out of him.  The first time he kissed me he had a nosebleed all over his face he was so nervous.  It was terrible, it was, I don’t know.  Still married thirty five years later.  Unbelievable.

RG: Has your life been different than what you imagined?

LG: Yeah, a little bit.  I married a Jewish lawyer and he makes no money. So, I thought I’d found success.  And, you know, he’s an indigent defense criminal lawyer and um he saves lives.

[MUSIC – ”Has Pluck” by Podington Bear]

MG: That’s Laura Greenberg with her daughter, Rebecca, in Atlanta, Georgia. Now, it only seemed fair to give her husband, Carl, the chance to defend himself. So the Greenbergs came back to StoryCorps for another interview. This time, Rebecca brought both her mom and her dad.

RG: So your first kiss, we heard about how you bled all over Mom. Do you have any different take on that story?

Carl Greenberg (CG): That’s how it happened. But I do have some Laura stories. We were having people over, she was going to make spaghetti, didn’t have enough. So she broke the package of spaghetti in half, so she figured she had twice as much.

LG: And Carl had to explain to me, a pound is a pound. (Laughs)

CG: So we make a very odd couple.

LG: He’s from a New England family and I remember we would sit at the dinner table at his house when we were dating, and no one would talk. And then I would start to giggle. I would get this psychotic hysterical laughter. So they already knew I was nuts. And I said, ”This is so refreshing.” They don’t ask about when I’m getting my period, or how much money I make, or did I make a doody today. You know, my family was so intrusive.

CG: Your mother wasn’t very happy with me.

CG: She thought my name was Paul for many years.

RG: It’s so weird because our family now is the most functional of all our friends. I mean, all my friends, they would rather hang out at my house with my parents than hang out with me.

LG: But Rebecca was the one who said she really wanted to do a StoryCorps interview. You know, when I listen on my way to work, I’m crying and my mascara’s running. And they’re very tender, you know, heartfelt stories. And I said, ”They’re not ever going to play ours.” But we didn’t do it for that. We just did it to have that experience and share that moment. And have it forever.

MG: That was Laura, Carl, and Rebecca Greenberg at StoryCorps in Atlanta, Georgia.

So, right now, we’re in the middle of the NCAA college basketball tournament. And if you’ve watched any of the games, you definitely saw something originated by a man named Kenny Sailors. He’s regarded as the very first person to ever shoot a jump shot in the game of basketball. And a few years ago, when the mobile booth stopped in Laramie, Wyoming, Kenny, who was 87 at the time, came into the booth with a friend and explained how his famous shot got its start.

Kenny Sailors (KS): I started out learning about the game of basketball on that old farm down in Hillsdale with my brother who was incidentally an outstanding ball player, probably the most outstanding one Hillsdale had had up until that time. He wanted me to play too, and of course I was just a punk kid and so he put a basket, a hoop, it didn’t have any net on it. And ah, he worked out against me sometimes, even though he was five years older and of course, the good lord must have put it in my mind, if I’m going to get up over this big bum so I can shoot, I’m going to have to jump. It probably wasn’t very pretty, but I got the shot off. And it went in. And ah, Bud says, ”boy you better develop that, that’s going to be a good shot”. So I started working on it.

The NBA started up in 1946, and I signed up with Cleveland, and in that day, nobody jumps you see, everybody had to keep both feet on the floor or the coach would take you out of the ball game. And I was out there scrimmaging or playing around before the season started and of course, my first coach was old ’Dutch” Dehnert’, an old time ball player. And old Dutch is on the side, I saw him sitting over there watching us. And when we got all done, he said, ’Sailors, where’d you get that leaping one hander?’, and I said, ’well Dutch, I don’t know, I’ve been shooting that for a long time’, and he said, ’you’ll never go in this league with that shot’. Well I thought my career was over with right now. That’s kind of how it all came about.

I’ll get several letters a week as a rule and they’ll ask me questions like, ’Did you really start the jump shot?’, what am I going to say? I usually want to write back, I say, ’Well Ray Myer from DePaul…’, who coached there for many, many years, he said it the best I think, he said, ’Sailors might not have been the first player to jump in the air and shoot the ball, but he developed the shot that is being used today’, that’s way he put it and I like that.

When he was playing college ball, Kenny led the University of Wyoming to their only NCAA championship. It was in 1943.

Kenny died in January of this year. He was 95. And if you want to learn more about him, check out the New York Times obituary that was published this past January. The jump shot is just the tip of the iceberg for Mr Sailors. He’s a World War II vet, a hunting guide in Alaska who lived out of a mobile home, he owned a dude ranch in Wyoming. It’s a surprisingly long read, and worth it.

Lastly, we really want to hear from you, our listeners. Head over to iTunes and write us a review. We read them all! Really! We do. And we want to know what you think. Plus, the more reviews we get, the more visible the podcast becomes on iTunes, and the more people will find out about the podcast and subscribe to it. So you’d be helping us a lot.

For the StoryCorps podcast, I’m Michael Garofalo. Thanks for listening.