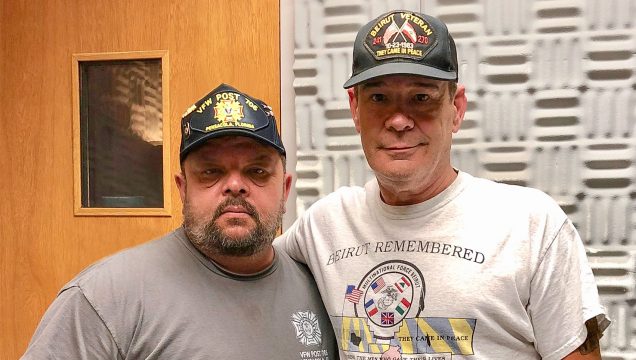 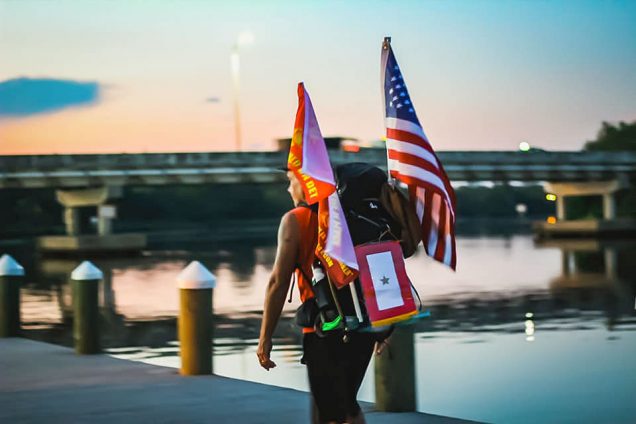 James Edward Brown (JEB): I was on duty that night, so I had to stay in sick hall. And, uh, I woke up to the crash of isopropyl alcohol bottles and a gust of wind coming through the windows.

I got up and put my boots on and my flak jacket and ran out of my room and didn’t know what to expect.

That morning, a truck loaded with 20,000 pounds of TNT wrapped in flammable gas detonated in the entrance of the Marine barracks where 400 Marines were sleeping.

There was a four-story building that was now one story tall. The walls had been blown outward and the ceilings came down on top of each other and everybody in the basement had been buried in rubble.

I had a little green bag that I carried called a Unit 1. It had eight battle dressings, a chicken wire-framed splint and that was it. And you can’t treat very many casualties with that many bandages, not successfully.

A Marine saw that I was a corpsman and yelled, ’Hey doc, come here, hey doc!’

And he had a casualty laying on a stretcher with a chunk out of his forehead, where his brain was exposed and a 45 pound piece of concrete on his chest with a rebar impaled into him.

Um, I told the Marine that there was nothing I could do and jumped down off the truck and went to help other people.

And you don’t forget that. I remember it kinda everyday since then, but, um…

Not many people do remember what happened in 1983.

So we kinda feel like we’re a little lost, you know, at least I do. It’s like, we went over there, got beat up, came home, and, uh, and we don’t talk about it very much. And I’m pretty angry about it.

It was the largest single loss of life by the Marines since World War II in Iwo Jima.

And, uh, our 1800 families from 35 years ago remember it today and every day.