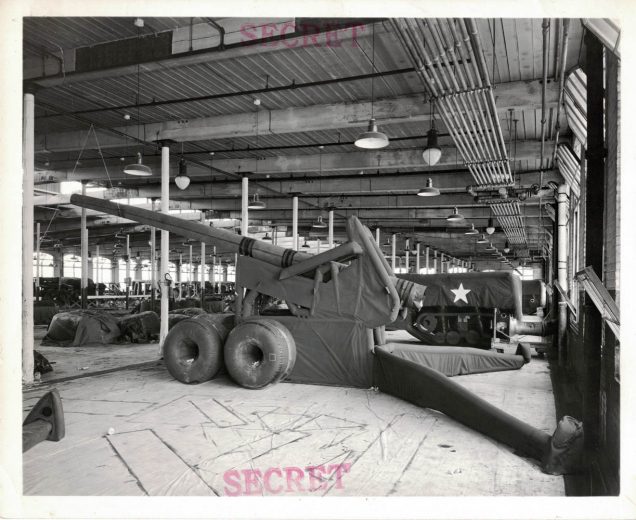 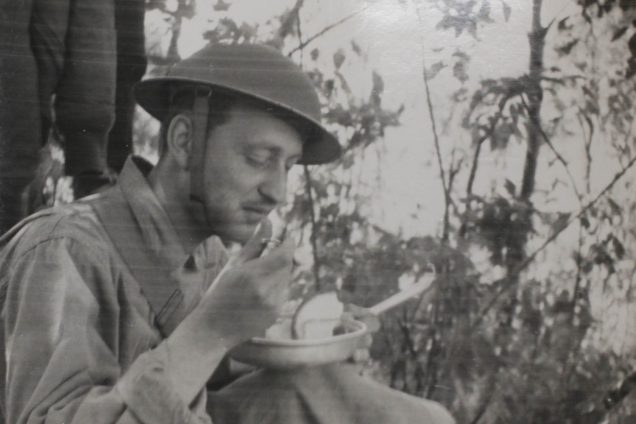 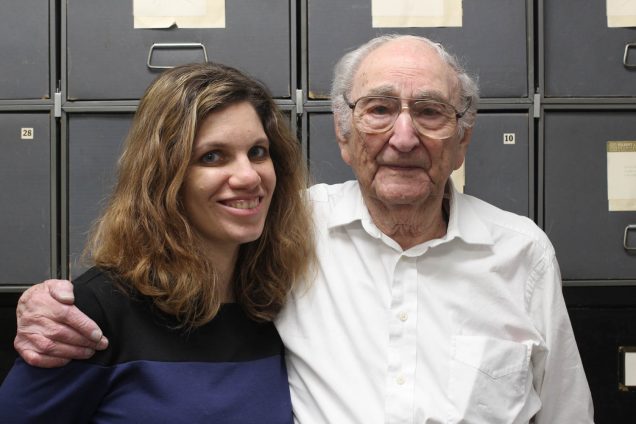 Gilbert Seltzer (GS): Shortly after we arrived in Normandy, my platoon was directed to take the place of an anti-aircraft battery. And the farmer on whose land this took place, when he got up in the morning, he saw us there. And he took his fist and he rammed it down on one of our guns, and it was rubber gun, his fist bounced back. And he looked at it, and he said, ‘Boom boom ha ha!’ And in four syllables, it described the mission of our outfit. To fool the German army.

In the Ghost Army, there were 1,100 men. Three arms: One was visual, one was radio, and the third was sonic.

We would move into the woods in the middle of the night going through villages in France, Belgium, Germany. We would turn the sound on so that it sounded like tanks moving on the roads. The natives would say to each other, ‘Did you see the tanks moving through town last night?’ And they were not lying. They thought they were seeing them! Imagination is unbelievable.

Sarah Seltzer (SS): But, you saw actual combat. Can you talk about that? Yeah.

GS: Oh, yes indeed. There were five campaigns in Northern Europe — we were in all five of them. The goal was to draw fire away from the real battery to us. For instance, when the Rhine was crossed. We were able to get the German army to assemble opposite us, firing at us! And um, when the actual crossing was made, about 20 miles to our north, there was practically no resistance.

The Ghost Army was classified top secret for 50 years.

Umm.. Practically everyone I knew, in those days, has died. It was an experience that can’t be translated. It was funny, it was distasteful, it was crazy. We did it to overcome a terrible, terrible enemy. And the fact that we did so successfully is probably the biggest source of pride.