Yiddish playwright, actor, and linguist Nahum Stutchkoff (1893-1965) authored some of the most intensely emotional dramas ever broadcast on radio. Every week, his Yiddish radio plays portrayed a different fictional Jewish family struggling to adapt to life in America.

Only 26 episodes from his long-running series Bei Tate-mames Tish (Round the Family Table) survive. These recordings are as close as we’ll ever get to hearing what life was like in the tenements of New York City in the 1930s and ’40s.

When not writing or acting in one of his eight weekly radio programs, Stutchkoff penned reference books, including a monumental Yiddish thesaurus that breathes with the linguist’s genius. The gift is as evident in Stutchkoff’s exhaustively versatile matzo commercials, which listeners loved almost as much as his dramas. 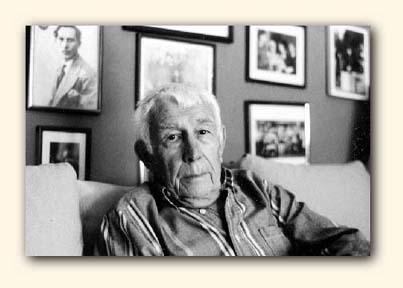 Misha Stutchkoff (Narrator). Naham Stutchkoff’s son is the narrator of the story. As a teenager, Misha acted in his father’s dramas. He later changed his name to Michael Morris and went on to have a successful television career as a writer and producer for numerous mainstream radio and television programs, including McHale’s Navy, Perry Mason, and Chico and the Man. 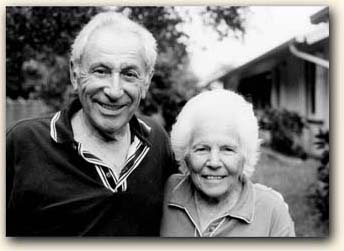 Ester and Harold Baron are the daughter and son-in-law of Nahum Stutchkoff, in whose radio dramas they acted as young adults. 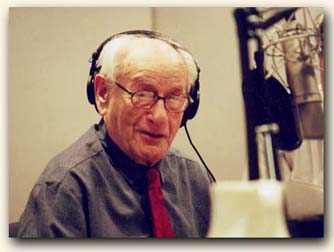 Eli Wallach (voice of Nahum Stutchkoff and the elder Mr. Bronstein). The Tony Award-winning veteran of the stage and screen is famous for his raspy voice and countless memorable appearances in such films as The Magnificent Seven, The Misfits, and The Good, the Bad and the Ugly. 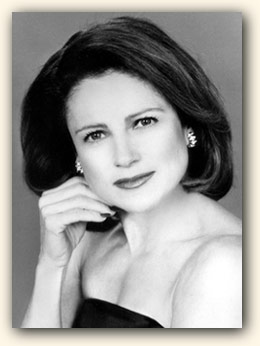 Tovah Feldshuh (voice of Mrs. Bronstein). In her twenty-five years on and off-Broadway, Ms. Feldshuh has received three Tony nominations for Best Actress, four Drama Desk Awards, four Outer Critics Circle Awards, and an Obie for her performances in Yentl, Sarava, and Lend Me a Tenor. Ms. Feldshuh currently appears in the feature film Kissing Jessica Stein and on the television show Law and Order, on which she plays attorney Danielle Melnick. 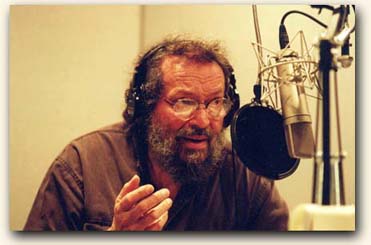 Martin Novemski (voice of Simon Bronstein). Novemski, a performer and theater professor, was born in the U.S. to Eastern European parents and grew up with Yiddish as his first tongue. He is currently translating, for the purpose of performance, a number of previously untranslated works by the renowned Yiddish author Sholom Aleichem. 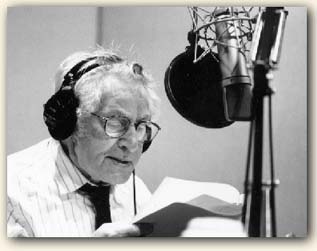 David Rogow (voice of Hirshl Zaremba). Rogow was a leading light of Vilna’s pre-War Yiddish theater world. He came to the U.S. after the war and resumed his career as one of the great monologists and actors in the Yiddish language. 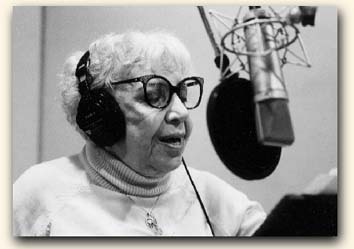 Lillian Lux (voice of the meddling neighbor). Lillian is an American-born veteran of Yiddish theater and radio. With her late husband Peisachke Burstein, she was one of the leading ambassadors of Yiddish, acting and singing throughout the Americas and Israel. 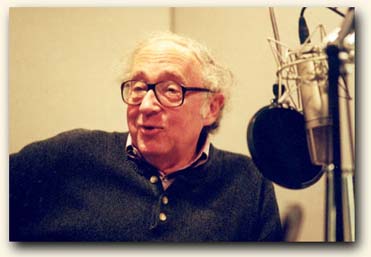 Isaiah Sheffer (reader of Stutchkoff’s thesaurus) is the host of NPR’s Selected Shorts and the Artistic Director of Symphony Space. The nephew of Yiddish-radio and stage great Zvee Scooler, he began his career acting on various of Stutchkoff’s dramas and later became the English-language announcer on WEVD, where he worked with Yiddish radio luminaries such as Seymour Rexite and C. Israel Lutsky, The Yiddish Philosopher. 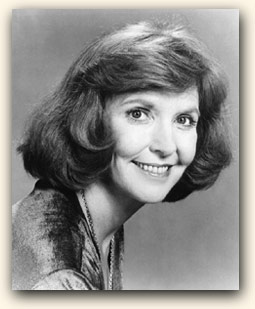 Anne Meara (voice of Mrs. Stone, Mrs. Bronstein’s uppity friend). Meara’s prolific film career has included Awakenings, The Boys From Brazil and Fame. She and her husband, Jerry Stiller, wrote and performed original comic sketches on The Ed Sullivan Show, and together developed the pilot for The Stiller and Meara Show. 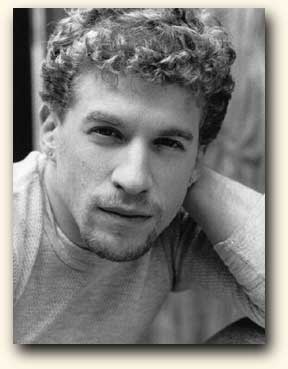 Spencer Chandler is a veteran of the last three Folksbiene Yiddish Theatre productions. He has also written and directed three short films for HBO, and is the author of the play Hurry Up Please, It’s Time, recently produced at the Directors’ Theatre in San Francisco. His voice can be heard in a number of cartoons and commercials.

Sundays at noon in the late ’30s and early ’40s, Bei Tate-mames Tish (Round the Family Table) aired on WEVD in New York City. Each week listeners were brought into the home of a Jewish family coping with the problems of immigrant life.

While most dramas on the American radio dial offered escapist fantasies, Stutchkoff’s creations writhed with actuality. His characters were hewn from the stuff of real life, facing difficulties their listeners knew well: the alienation of the older generation, racism within the Jewish community, miscegenation, the conflicts between secular America and Jewish religiousness.

Though a private man who worked in extreme seclusion, Stutchkoff felt bound to the community that was the source of his artistic inspiration. His wife and children often found him crying at his writing desk over the fate of the radio characters he had just created. If he did not weep over them, he asked, who would?

The 26 Bei Tate-mames Tish episodes salvaged by the Yiddish Radio Project are the only of Stutchkoff’s half-dozen radio series to have survived. Not a single broadcast remains of Tsuris bay Laytn (People’s Troubles), Stutchkoff’s most popular show, which ran on WEVD for two decades and helped raise donations for the Brooklyn Jewish Home for Chronic Diseases. But one child actor on the program — Isaiah Sheffer, host of WNYC’s Selected Shorts and the artistic director of New York City’s Symphony Space — remembers it well.

“It was totally frantic,” Sheffer recalls. “Everything was last-minute and done quickly, with all the actors learning their parts along with Stutchkoff.” The writer-director often passed freshly penned lines of script to actors at the mike, a situation par for the course in the radio universe of Nahum Stutchkoff. 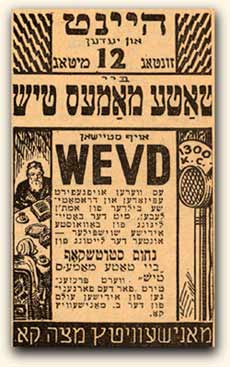 This advertisement for Bei Tate-mames Tish (Round the Family Table) ran in the Forverts, a leading Yiddish paper. Bei Tate-Mames Tish aired Sundays at noon on WEVD. The show’s 26 surviving episodes are the sole remnants of Stutchkoff’s many radio dramas. 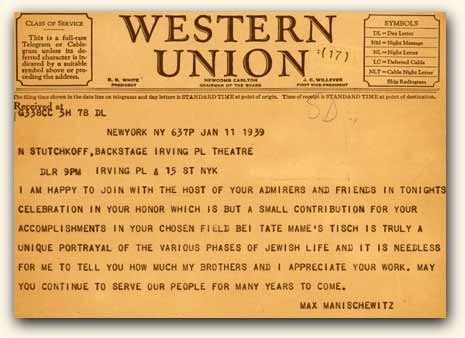 When Stutchkoff successfully adapted Bei Tate-mames Tish to the stage, the owner of the Manischewitz Matzo Company, Stutchkoff’s longtime sponsor, was among the first to offer his congratulations. 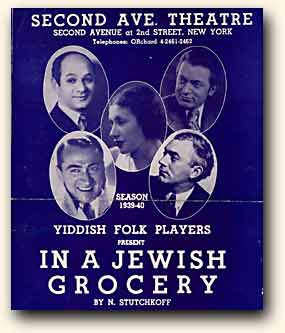 In a Jewish Grocery was another of Stutchkoff’s dramas that was successfully adapted to the stage. In the radio program, Stutchkoff plays a grocer, whose store stands at the center of neighborhood life. The show’s setting made it possible for Stutchkoff to pitch his sponsor’s products—mostly sour cream—without breaking character. 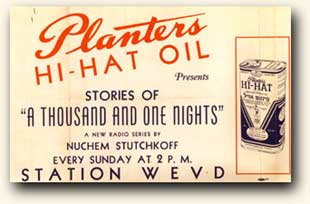 Planter’s Hi-Hat Peanut Oil sponsored several of Stutchkoff’s radio series, including One Thousand and One Nights and Shiker and Schlimazel. No recording of either show survives.

In 1946, Stutchkoff debuted a radio drama called Tsures ba Leitn (People’s Problems), which was sponsored by the Brooklyn Jewish Chronic Disease Hospital. Each week, the show told the heartrending tale of a different fictional character who falls ill and, despite poverty, is admitted into the hospital. The show’s commercial breaks were replaced by pleas, delivered by Stutchkoff, for donations to the hospital. The show featured many of the regulars in Stutchkoff’s repertory company as well as Isaiah “Sonny” Sheffer. As a repayment for Stutchkoff’s two decades of service on its behalf, the hospital opened its doors to him when his health failed, affording him a comfortable resting-place in the last weeks of his life.

A Life Devoted to Language

Born in Brok, Poland, in 1893, Nahum Stutchkoff had an early and unerring ear for language. Speaking Yiddish, Polish, and Russian before he learned Hebrew in Jewish day school, Stutchkoff picked up French and German after breaking with his religious upbringing at 16 to join the Yiddish theater.

In 1923 he boarded a boat to America and disembarked two weeks later speaking English, having read William Shakespeare, Mark Twain, and the Encyclopaedia Britannica on the way over. But his greatest love was for the Yiddish language. His Yiddish rhyming dictionary, published in 1931, won him great renown among playwrights, intelligentsia, and the general Yiddish public.

With the ink on the rhyming dictionary barely dry, Stutchkoff began work on a thesaurus of the Yiddish language — a Herculean endeavor to which Stutchkoff devoted increasing time and energy, while still writing, directing, and acting in eight radio programs a week. In creating this repository of twelve centuries of Yiddish culture and experience, Stutchkoff read virtually everything ever published in Yiddish — from religious treatises to literary works to daily newspapers, which he cataloged on 3-1/2 x 5-inch index cards his children can recall jutting from every pocket. This philological passion also served as the inspiration for two radio shows: Mameloshn, literally “mother tongue” — how native speakers refer to Yiddish — and Vie Di Mame Flegt Zugn (As Mother Used to Say).

Published in 1950, the 933-page Der Oytser Fun Der Yiddisher Sprakh (Thesaurus of the Yiddish Language) inventoried the culture’s every expression, from its most ethereal allusions to its juiciest vulgarities. The tome contained 392 synonyms for the word “hit,” more than 100 words and expressions for “chutzpah,” and seven pages of curses — inverted blessings, mostly, since cursing is forbidden in Judaism. (Example: “You should have a hundred houses; in every house a hundred rooms; in every room twenty beds, and a delirious fever should drive you from one bed to the next.”)

Arguably the greatest one-man lexicographical accomplishment of all time, his thesaurus was a final, emphatic statement on the wealth of Yiddish, made at the moment the language heaved its last great secular sigh. After completing the thesaurus, Stutchkoff immediately embarked on his final lexicographic undertaking: a Hebrew thesaurus. Begun shortly after the establishment of the Jewish state, it marked an important moment in the modernization of the Hebrew language. He worked on it through his last days as a patient at the Brooklyn Jewish Home for Chronic Diseases, his one-time sponsor.

Nowhere, perhaps, did Stutchkoff flex his linguistic muscle more than in his ad copy, especially for Manischewitz Matzo. For thousands of years matzo has been made from three simple ingredients — water, flour, and salt. Yet each time Nahum Stutchkoff pitched it, the bread of affliction came off as something different. It was “clear,” “burnished,” “pearl-like,” “thousand-flavored,” “crispy,” and “bright as the rising sun.” It was a model of modern factory production and a living link to the scattered tribes of ancient Israel. It was the path to culinary delight and the manna of spiritual sustenance.

But Stutchkoff’s greatest matzo pitch was his starkly direct “Manischewitz Matzo” jingle, featuring the simply beguiling lyrics “Manischewitz Matzo, buy, buy, buy.” The song, so popular it was copyrighted and the sheet music sold in stores, was a regular feature on Stutchkoff’s WLTH children’s talent show, “Uncle Nahum’s Kidkins,” where the Barry Sisters, among others, got their start. 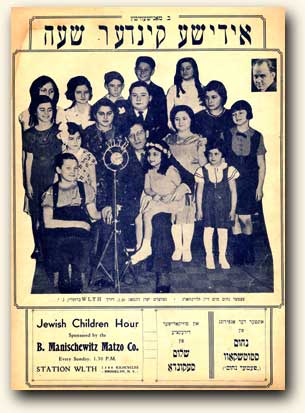 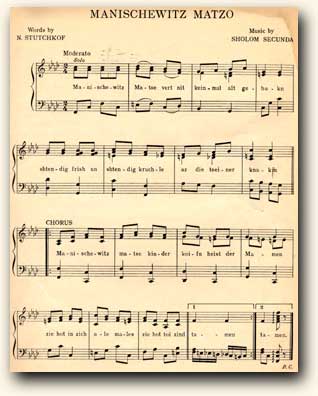 The lyrics to the “Manischewitz Matzo” song were transliterated so that the American-born kidkins could read them easily.