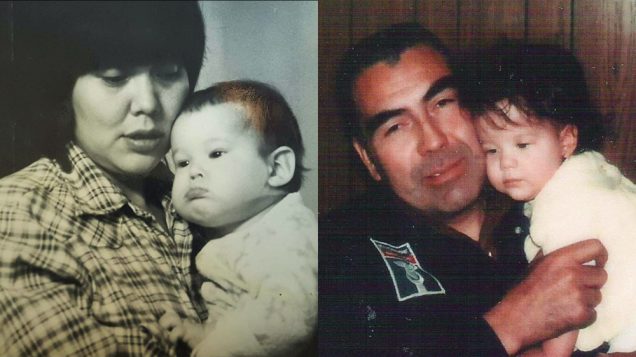 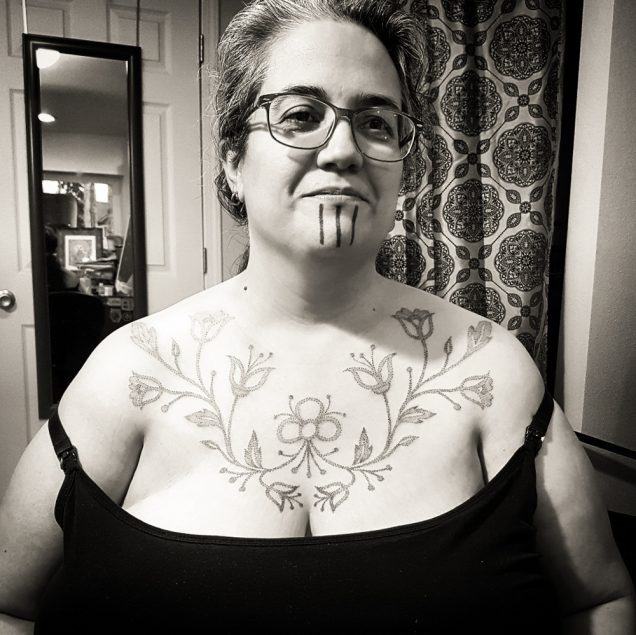 Jasmyn Morris (JM): This is a conversation between two friends who grew up in Alaska. Grete Bergman is Gwich’in and for years, she wanted Facial Markings, a once banned practice for indigenous women. But in 2016, she became one of the first in the Gwich’in nation to get tattooed.

Grete Bergman (GB): And they are strong lines, bold lines, no fooling around lines.

Sarah Whalen-Lunn (SWL): They are no bullshit lines. [laughs]

JM: She sat down for StoryCorps with Inupiaq artist, Sarah Whalen-Lunn, Who gave Grete her markings.

GB: My dad would have hated it. He would have looked at me and he would have said, “What the hell you do that for”? [laughs]

You know, my dad was beaten in school for speaking his language because being native was the worst possible thing you could be. So, I didn’t know anyone who had their traditional markings and every time I brought it up, I always got the same sort of, “This is taboo. We don’t do this.”

SWL: A lot of people are still scared. When I gave you your markings, I didn’t yet have any of mine. So you all of a sudden became this pillar of strength to me.

SWL: No, you’re not. You keep on saying that, but it is not true. I see who you are. You were the first person that I tattooed.

GB: I didn’t realize I was the first one.

SWL: Oh yeah, I wasn’t going to tell you.

GB: Well, I’m glad I was anyway. You were somebody that I could trust.

SWL: When I came over to do your markings, I was nervous. But, I remember looking down and you were laying there and your daughter was holding your hand.

GB: She was seven at the time.

SWL: That moment was a changer for me.

SWL: It’s more than just your appearance. It changes the way that you carry yourself. And we’re doing it so that our girls can.

GB: Yeah. I feel like I’ve given them something that my grandmother had taken away from her.

SWL: You show them it’s OK to be who you are and be proud of that.