St. Patrick’s Day in Yonkers, New York has not been the same since Jess Buzzutto died in 2012. With a five-foot frame and a sartorial preference for the color green, he was affectionately dubbed by his neighbors the Leprechaun of Yonkers. 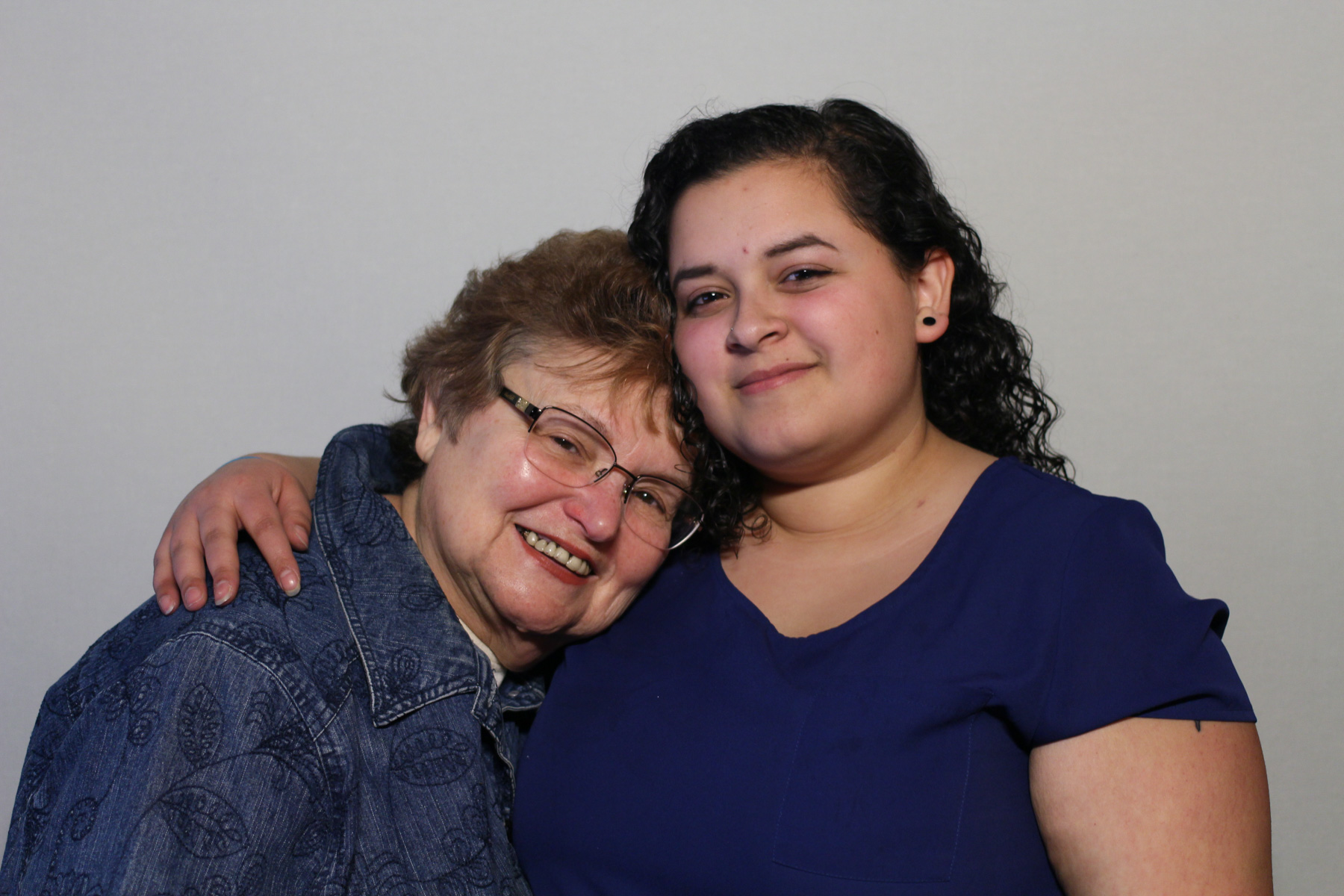 Jess embraced what he called his “leprechaunishness.” A fixture on the street of Yonkers for many years, he was well-known as a friendly neighborhood denizen who loved to care for his garden, always ready to provide a passing car with a wave and a smile.

In 2010, Jess came to StoryCorps with his sister, Eileen Logiudice, and niece, Tori Medina, to talk about how it all started, by chance, with a green felt hat.

Eileen and Tori returned to StoryCorps in 2017, just before St. Patrick’s Day, to record a tribute to Jess.

Jess Buzzutto (JB): I saw this guy with a hat. It was a green felt hat. And I looked at it and I said, ‘I want that’. And then one day I grew my beard and my moustache and all of sudden behind me I keep hearing, “leprechaun, leprechaun” and I started to enjoy it. So I started to emphasize the leprechaunishness. Now as I go down the street, I get, “Top of the morning to ya. Where’s your pot of gold? Hey Mr. Leprechaun, give me some luck.” And as I tell people that ask me if I’m a real leprechaun, ‘I’m the realest leprechaun you’re ever going to see in your life, man.’

Eileen Logiudice (LE): How has it changed your life?

JB: It’s given me a warped view of the world. Because everybody is happy when they see a leprechaun. One day I went down to the DMV and I stood on line, and I saw this person behind the counter giving everybody a hard time, and I gave her my paperwork, and she looked and it and said, “This is wrong. Next.” And I said, ‘What’s wrong with it?’ “Next!” So I went home and figured out what might of been wrong with it and I came back the next day, and she takes the paperwork and she says, “That’s wrong.” But she looked up at me, and she got a big smile on her face. She said, “No, no, that’s alright.” And she corrected what was wrong. And I got outside and I scratched my head, and when my hand hit my hat, I said, ‘that’s what happened, she saw the leprechaun and she changed 180 degrees.’

Every couple of years I’ll go out without a hat and I’ll dig way down in the bottom of my closet and find something that isn’t green and wear it out just to see the different reactions from people. And all of a sudden people don’t want to meet your eye, don’t want to talk to you, because I’m so small that they’re afraid that they’re going to insult me if I catch them looking at me. But when I become the leprechaun they look and they say, “Well that guy doesn’t mind being looked at, I mean, he couldn’t possibly if he dresses like that.”

EL: What are the most important lessons you learned in life?

JB: Don’t take today too seriously. Things may look very bleak right now but they’ll be turned around. It’s just a matter of holding on until they do. I never planned on being a leprechaun. People don’t even know what a leprechaun is. Neither do I tell you the truth. But when something good is dumped in your lap, you take it.
Tori Medina (TM) and Eileen Logiudice (EL)

EL: My name is Eileen Logiudice.

TM: How do you keep his memory alive?

EL: Well. I have a lot of his clothes. I wear his t-shirts, his polo shirts, they’re all green. You know? I remember a lady came up to me and she said, “Are you the leprechaun’s sister?” And I said, ‘Yeah. How do you know that?’ She said, “You look just like him.”

But I really never realized how popular he was until he died. At the funeral–

TM :  There were so many people there. I remember the mayor came.

TM : You know, the thing I really learned about life from him was basically: love thy neighbor. I think he made me kinder person.

EL: That’s a wonderful tribute. He was a great guy.