Since 2003, we have broadcast hundreds of conversations that were recorded in booths across the country, but this week, for the first time, we present one recorded in the front seat of a 1994 Buick. 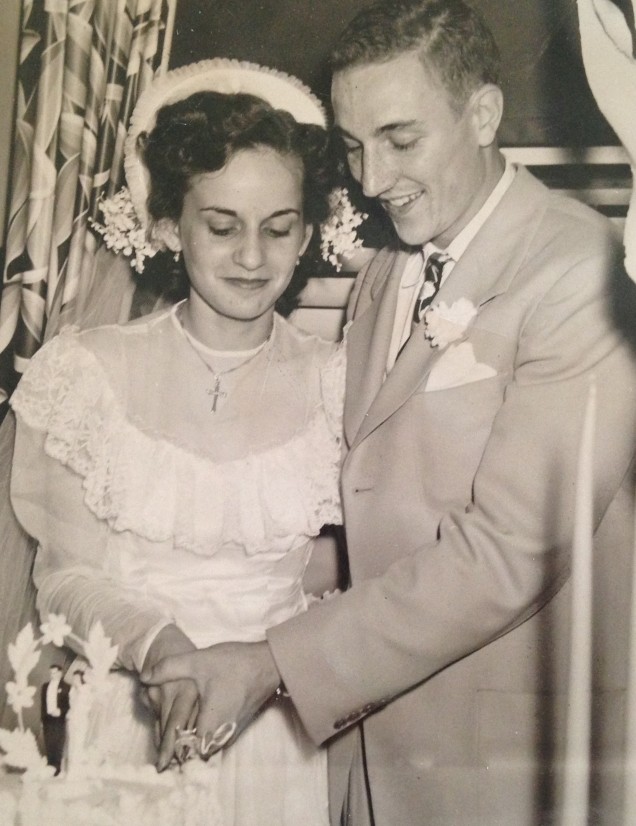 Last month, Kara Masteller, 21, and her grandfather James Kennicott, sat together in a Waterloo, Iowa, mall parking lot and conducted a StoryCorps interview. They choose this location because James, who is 86 and resides in a local senior living facility, had no interested in sharing his business with any of the other people who live alongside him.

Their 16-minute long interview begins simply with Kara saying to her grandfather, “Tell me about yourself, where did you grow up?”

From there, Kara, the youngest of James’ 10 grandchildren, was able to get a man she described as unaccustomed to opening up about his life to briefly discuss his difficult upbringing. He then talked in greater detail about his beloved wife, Annie, who passed away in 2012 (seen above in a 1949 wedding photo), his work as a supervisor at the John Deere factory, the loss of his eldest son Chuck who suffered with Lou Gehrig’s disease, as well as his thoughts on life and advice for others as they age.

In a separate interview with StoryCorps, Kara, a senior at the University of Iowa, remembered her grandfather as once being an intimidating figure in her life, but as they have both grown older and maintained their close relationship, she now sees him as fun, protective, and loving. 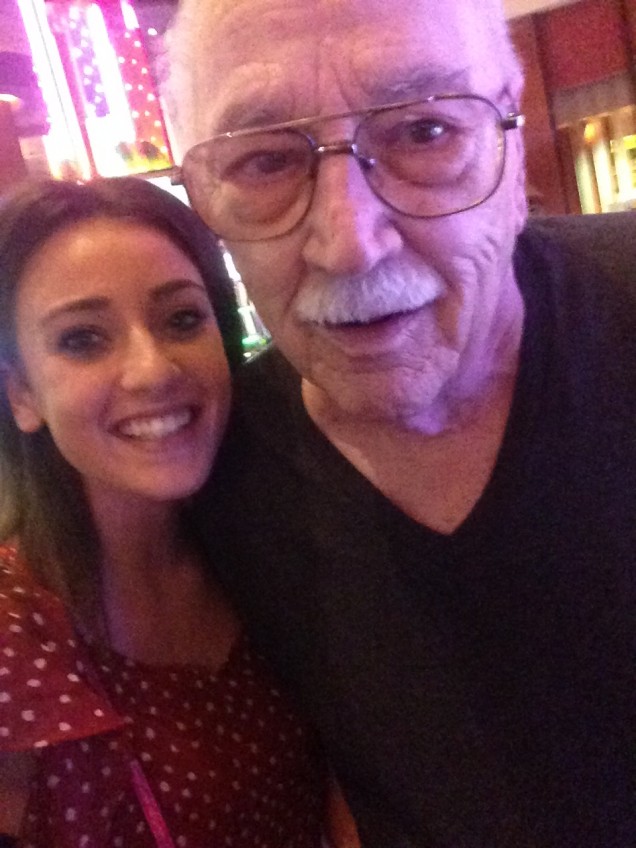 He’s a man who enjoys joking around, dancing, shooting pool, and playing the penny slots at a local casino.

During their conversation, James also offers Kara advice on a happy marriage, “You gotta kinda like each other…if something happened just say ‘I’m sorry’ and get it over with and make up,” because “when you get married, it’s kind of like the two of you are one. You think the same.” And on life in general, advising her to “keep it so the days don’t just go by and that’s all there is, a boring old day…let life roll on…it goes fast.” You need to “roll with age, don’t worry about it, it’s coming. Enjoy life, it’s wonderful.”

According to Kara, after their recording ended (and they posed for the selfie at the top of the page), James continued to share memories with her about Annie before they grabbed a cup of coffee and headed over to the casino to play the penny slots together.

We’re just days away from the Great Thanksgiving Listen, StoryCorps’ initiative to preserve the voices and stories of an entire generation of Americans over a single holiday weekend. Open to everyone, it’s your change to sit down with a parent, grandparent, friend, neighbor, loved one, or anyone else who you are curious about, ask them questions, and listen. Click here for more information on the Great Listen.

KM: Hi my name is Kara Masteller and I interviewed my grandfather in my 1994 Buick.

How did you know that grandma was the one?

JK: Well she was a good looker. (Laughs) We fit together. We were a good pair.

KM: My grandma, everyone referred to her as like a spicy meatball. She swore a lot, but she looked so innocent that no one ever expected her to say the things that she said.

KM: Were you nervous to propose to her?

JK: No. We had something to say we said it. Like you. (Laughs)

KM: What are the keys to a happy marriage?

JK: Well if something happens just say, ‘I’m sorry’ and get it over with. There’s no reason to carry on. I just say ‘I’m sorry. I love ya,’ and that was the whole story.

I was really surprised by my grandpa saying, sorry. I’ve never heard him say sorry.

KM: Do you want to be remembered as like a real tough guy? Or…

JK: I was a pretty soft guy.

KM: You intimidated me when I was little.

KM: Are you happy about the life you’ve lived?

JK: Oh yeah. It wasn’t the easiest life back in them days. Mother died when I was four. And it was a tough life.

KM: He tells one story about how I think he was eight or nine and he was ice skating on the river and he fell through and he didn’t have hot water wherever he was living with his dad. So he broke into the school and just took a hot shower in the school. I think that says a lot about his childhood that there was really no one there to help him get out of the water or keep him warm.

Last April he was diagnosed with Alzheimer’s, and I had never really heard him say much about it.

What do you think about Alzheimer’s?

JK: Not much you can do. I even can’t remember some names now myself. (Laughs) So maybe I have got it. I don’t know.

KM: And when he said, ‘I don’t know what it would be like to have it.’ That was difficult for me. So then I had to ask a follow-up just out of, I don’t know, self-preservation because I thought I was gonna cry.

As people age, do you have any advice for them as they get older?

After the interview my grandpa and I talked a lot more. The last thing he said before we got, (laughs), before we got out of the car was, ‘Let’s give em hell kiddo.’