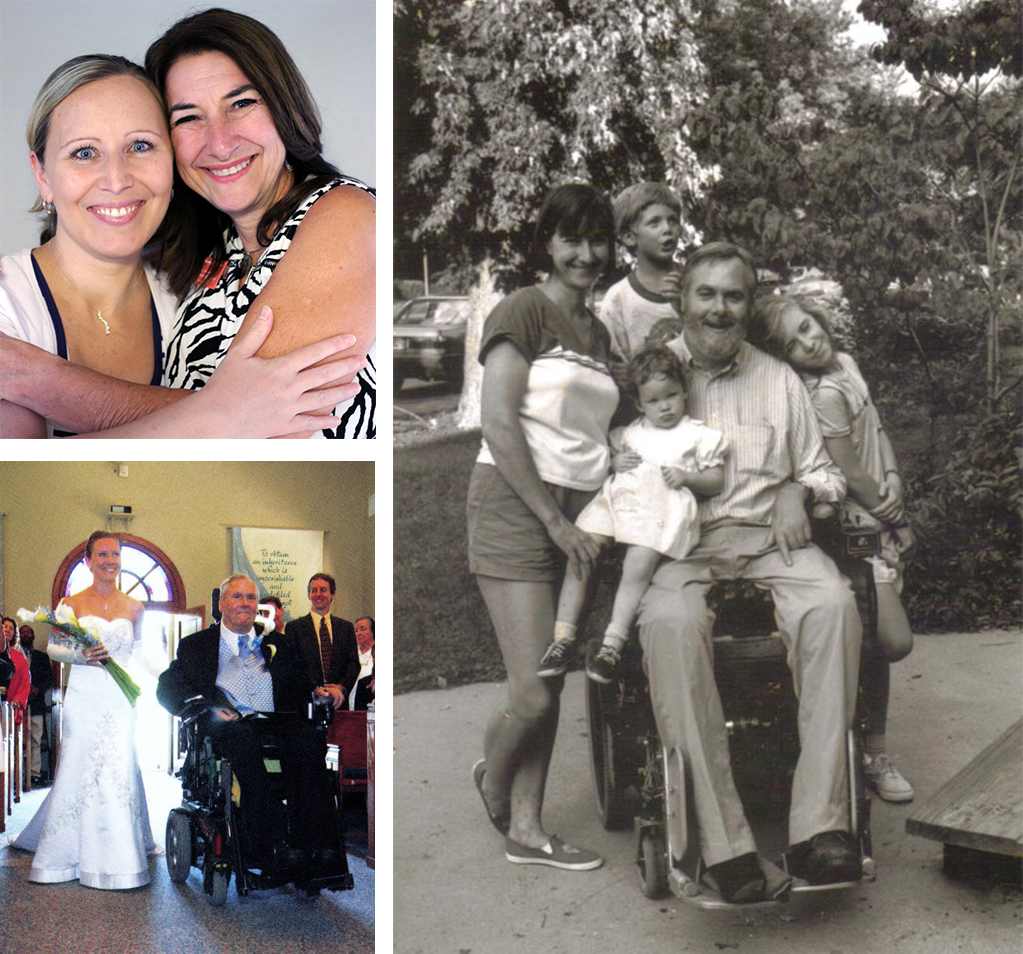 CKS: Here comes this guy into my office. Drop-dead gorgeous. I was done, Meaghan. Right then and there. Max was six feet five, sat very tall in his wheelchair. He couldn’t use his fingers or his hands, but he could get his left arm around me to hug me, and that was fine with me. And I was smitten.

MSB: How long did you guys date before he proposed?

CKS: We dated for two years. And when I told grandma and grandpa that Dad had asked me to marry him, grandmother said to me, ”You marry a person ’cause you love them, not to be their nurse.” And I said, ”Mom, I love him. And I won’t be his nurse, I’ll be his partner. I’ll be the mother of his children.” That blew their socks off. I knew adoption was how we were gonna get you guys, but getting you wasn’t very easy. I remember a social worker coming out to the house and telling us how we wouldn’t be good parents. I was devastated.

CKS: But Dad told her how wrong she was, turned to me and said, ”Sweetie, get her coat, she’s leaving,” and kicked her out of the house. And so when you came along, you changed our world, because you were his little buddy. And when you were four years old, you were riding on Dad’s footrest in his wheelchair. You—

MSB: I used to love doing that.

CKS: Yeah. You had your feet between his feet on the foot pedals and you had your arms resting on his knees, riding down the street. And, who’s at the gas station at the corner but the social worker. And he rode you right up next to her car and said, ”I’m Max Starkloff and I want to introduce you to my daughter, Meaghan. She’s four years old.” And then he wheeled away and never gave her a chance to say one word.

MSB: I just feel very blessed that somebody gave you guys a chance.

CKS: Everything we did, we did together. Going to your games, going to your swim meets. Your father was there. I knew when I met dad, that this was a man who I could stand with and love. He was a man among men. Your dad was a giant.