In 1990, Ayodeji Ogunniyi left Nigeria, along with his mother and brother, to come to the United States. They arrived in Chicago, joining Ayodeji’s father, Abimbola “Yinka” Ogunniyi, who had arrived a few years earlier, and was working as a cab driver. 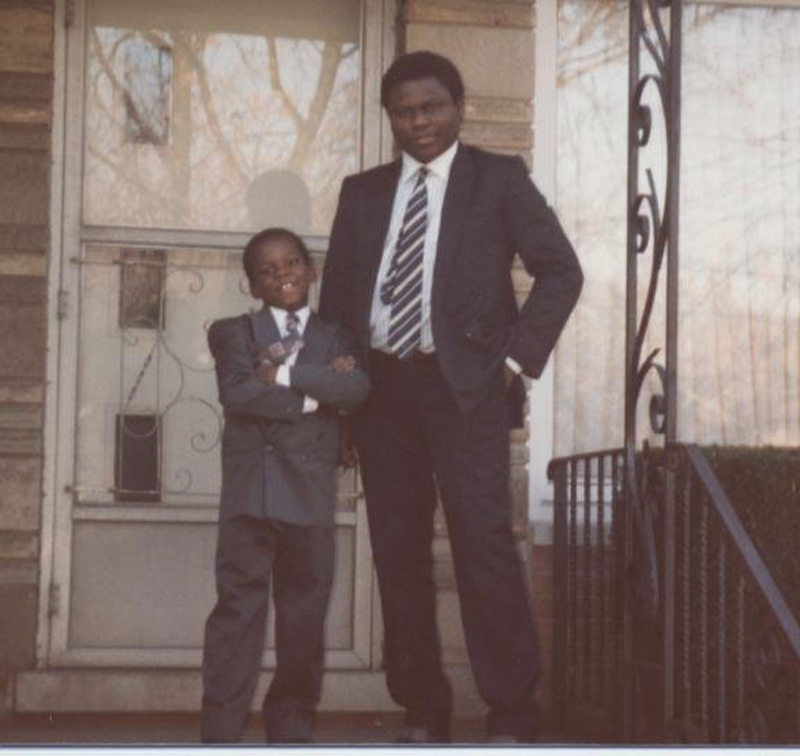 Abimbola always wanted Ayodeji to be a doctor. But while Ayodeji was studying pre-med in college, his father was murdered on the job.

At StoryCorps, Ayodeji talked about how his father’s death changed the course of his life.

Above: Photo courtesy of Ayodeji Ogunniyi

AO: Eleven o’clock that night, the knock came. They told us that my father was found in an alley and he was murdered. I remember yelling, ”No,” really loud. And my brother was going haywire and he punched a hole in the wall. And then my mother just…she started to pull her hair and she scratched her face. They found the murderers in four days. They were 18, 19 and 22. I was angry. I was very, very angry. I didn’t want to retaliate. I just wanted to just ask them why. What happens to a person? Where do they get lost to become murderers? At the time, I was tutoring at an after-school program for some extra money. And these kids came from the same conditions that the people that murdered my father came from. A student came to the after-school program, was probably around 16 years old. We were doing something where everyone had to read out loud, and he stormed out the classroom. And I went out to talk to him. And he just broke down. He said, “It’s hard for me to read.” There are many people that cry because they’re hurt, they’ve been neglected; but to cry because you couldn’t read. That spoke volumes to me. So we got him in some other programs and he start to read and it just was like this gift that money can’t buy for him. And by me giving that to him, I totally forgot about the pain of the murder, and I wanted to continue to give more of what I had–to heal. It just dawned on me: Everybody at some point sits in a classroom. That could be the foundation for everything else. So that’s when I said that whatever happened to my father is not gonna be in vain. I’m gonna follow my heart and become a teacher.