Susan Ahn Cuddy was one seriously tough woman, who wore many hats — and broke many barriers — throughout her life. 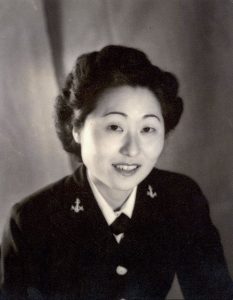 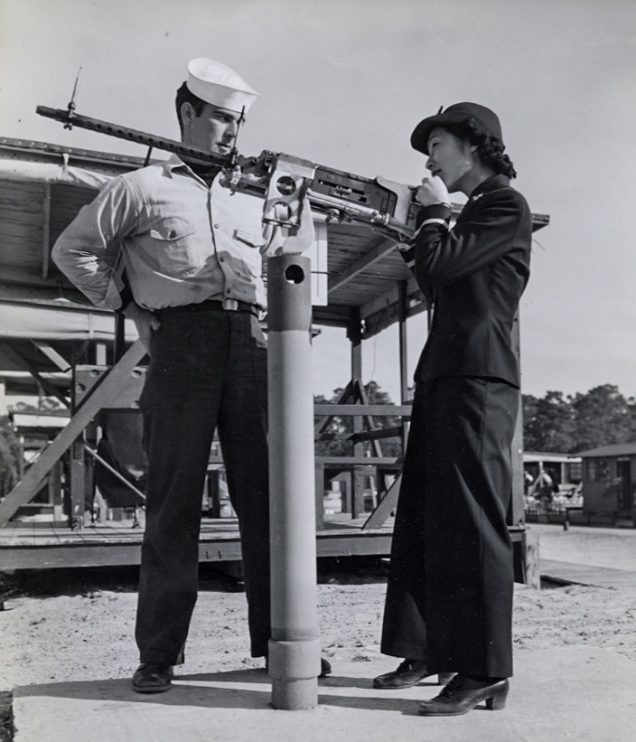 But her children, Flip and Christine Cuddy, didn’t know about her accomplishments until later in life. In 2018, they came to StoryCorps to remember her. 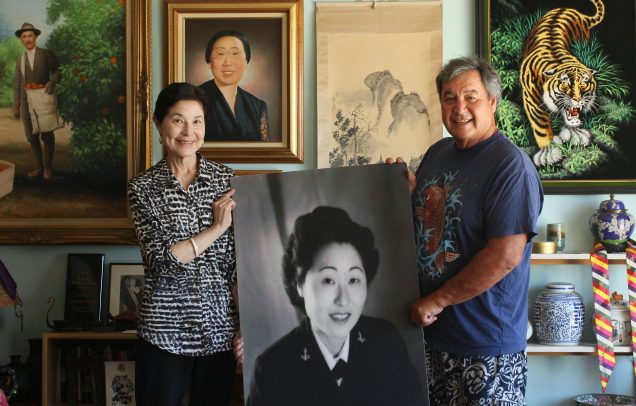 Top photo: Susan Ahn Cuddy (far right) at the US Naval Air Station in Florida in 1943. Courtesy of Flip Cuddy.

Middle photo: Susan Ahn Cuddy training a sailor in how to fire a .50-caliber machine gun. Courtesy of Flip Cuddy.

FC: Mom basically was a trained killer. She’s a much different parent than, you know, someone who owned a bakery.

As a mother, she was really unusual. She’d been through so much, teaching guys how to shoot. It’s like, what do you need to teach a kid? You know? Go out and play.

FC: Yeah. Yeah. She had, like, her own code. And if somebody was really an idiot, you know, she would say they were “limited.”

CC: That was one of her most heavy-duty criticisms.

As soon as they bombed Pearl Harbor…she signed up to join the Navy. She was qualified to go to officer training school but because she was Asian, they wouldn’t accept her. Mom said she didn’t care; she enlisted anyway.

FC: And…you know, then they accepted her. You know, it was a white world and if you wanted to do anything you just had to forge ahead. So she was the very first woman gunnery officer…

These ace pilots would have to come back for refresher courses.

CC: Mmm. Well, she loved to tell the stories about when she would talk to these guys…I mean, she was a five-foot-one little Asian woman…

FC: There was one incident when this guy comes in and Mom gives him the training. And you know, she talks about when you’re going to start shooting. So this guy goes, ‘I’m not shooting until I see the whites of those Japs’ eyes.’

She says, ‘I don’t care what you do up there. But when you’re down here with me, you do what I tell you to do.’

FC: How do you want people to remember Mom?

CC: Obviously, you know, when you’re growing up, it’s just your mom. But I remember after she died, reading her biography and just thinking, ‘Oh my God.’

FC: I mean, how do you describe a person like that…who’s a leader and successful at everything she does?

CC: But I think I also would just say to Mom what an incredible life you’ve lived.