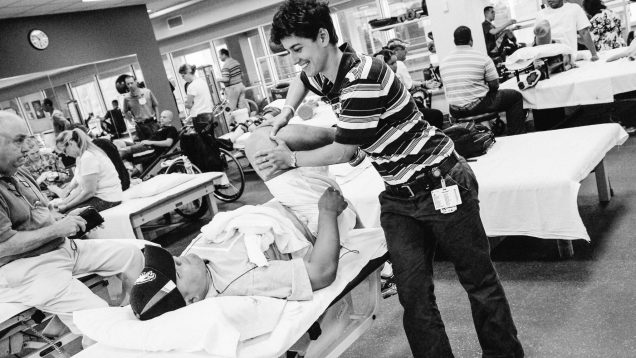 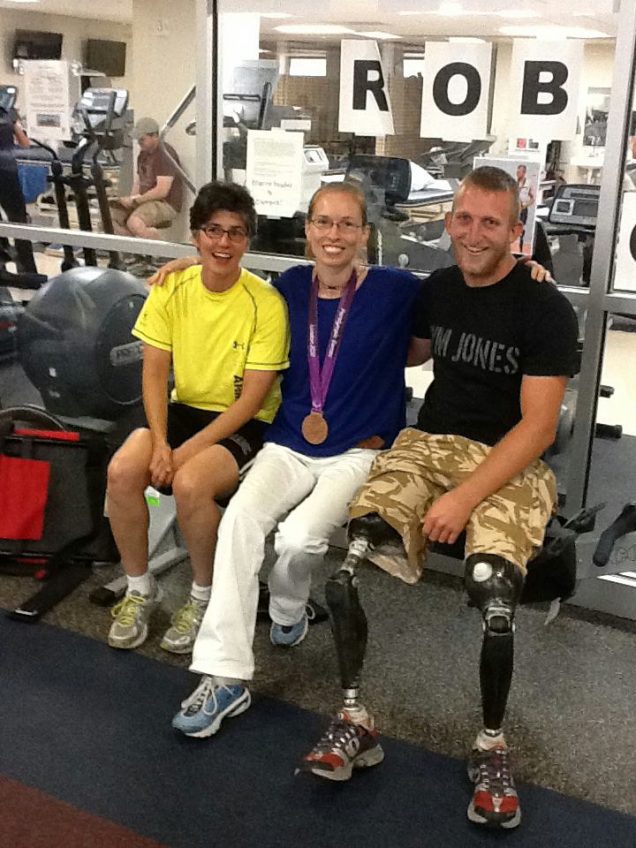 Adele Levine (AL): I remember the day I saw my first patient who’d been injured in the war, and I remember feeling my heart speed up, and I was having trouble breathing. And I couldn’t imagine why I was reacting like that.

I realized later it was the first time I’d ever seen anyone who had been maliciously hurt.

ER: You know, we really got to know them so well, ‘cause we would see them two to three hours a day for two to three years. And then in Afghanistan it just got more intense, the guys and girls were on foot and so the blast was coming from the ground up and the injuries became so much more severe — both legs or both arms — and all you want is to fix them. Like I remember just thinking, ’God, if I only had a magic wand this is where I would use it.’

AL: We were seeing a hundred and fifty combat amputees a day in our clinic, and everyone is running from one patient to the next patient and I would just get really frustrated because I felt like I could never actually spend time with anybody. It bothered me not to finish anything, and so that’s when I started getting into all these home repair projects until hours of the night.

And then I started having nightmares — like my family and my friends, they were all amputees, and I came to work finally and I fessed up to you guys and some other people said they had those too and that was normal.

ER: How did the work change you?

AL: I just saw like bad stuff all the time and it was good people that it happened to. And I started getting this feeling that if you’re good bad things are going to happen to you. I mean, I am a really cynical person now.

ER: I think it’s just hard to find another job, because you don’t want it to be just a paycheck.

AL: Eventually I think we all came to the same conclusion, you know that we were part of something that was so much larger than ourselves.

AL: I just felt like I couldn’t just walk away.

ER: Yeah, I mean, I’ve always felt a very deep appreciation towards the men and women in uniform. But it’s on such a different level now. I’m just eternally grateful.