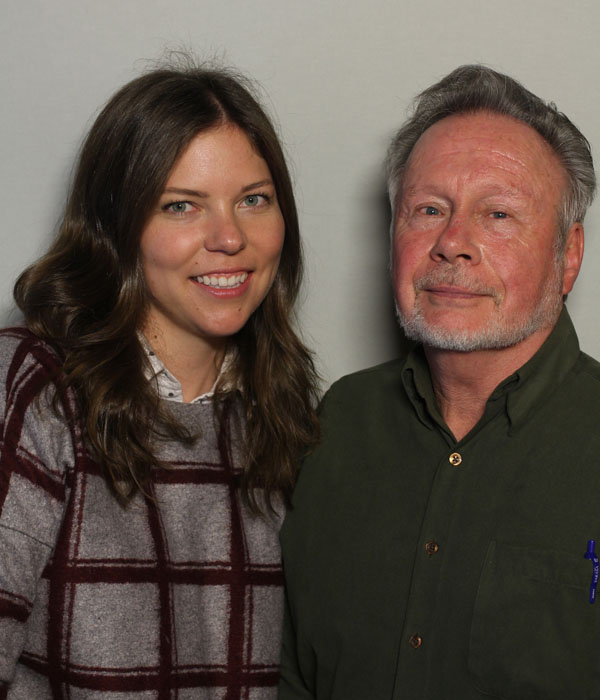 On the heels of a historic Supreme Court ruling that upholds the right of LGBTQ people to marry, we look to the late 1970s—a time where this week’s ruling on marriage equality was unimaginable.

Back then, the iconic civil rights leader Bayard Rustin (left) and his partner, Walter Naegle (right), a man decades his junior, fell in love. They were together for many years.

As Bayard was getting older, they decided to formalize their relationship in the only way that was possible for gay people at the time–Rustin adopted Walter Naegle.

Here, Walter tells his niece, Ericka (pictured above, left), what it was like to fall in love with Bayard, and the unconventional decision they made to protect their union.

WN: The day that I met Bayard I was actually on my way to Times Square. We were on the same corner waiting for the light to change. He had a wonderful shock of white hair, I guess he was of my parent’s generation, but we looked at each other and lightning struck. He was my partner, my life partner for ten years.

EN: So how did adoption first come up?

WN: Well I think because of our age difference it was just assumed if we live out our natural life spans he was going to die before I did, and he was concerned about protecting my rights because gay people had no protection. At that time marriage between a same sex couple was inconceivable. And so he adopted me, legally adopted me in 1982. That was the only thing we could do to kind of legalize our relationship. So we actually had to go through a process as if Bayard was adopting a small child. My biological mother had to sign a legal paper, a paper disowning me. They had to send a social worker to our home. When the social worker arrived, she had to sit down with us to talk to us to make sure that this was a fit home. But, you know we did what we did because we loved each other and because we were happy together.

EN: So when Bayard did pass away what was that like?

WN: I think I miss his being, his essence. He had wonderful hands. He used his hands when he was talking to people, and he could make you feel like you were the most important person in the world. And so the idea of walking around the city streets, and never having him come around a corner. I think I miss that the most. After he died, I remember calling people. I remember calling people, and instead of saying I’ve lost Bayard, I would say we’ve lost Bayard. It wasn’t just about me. It was a loss to the society.