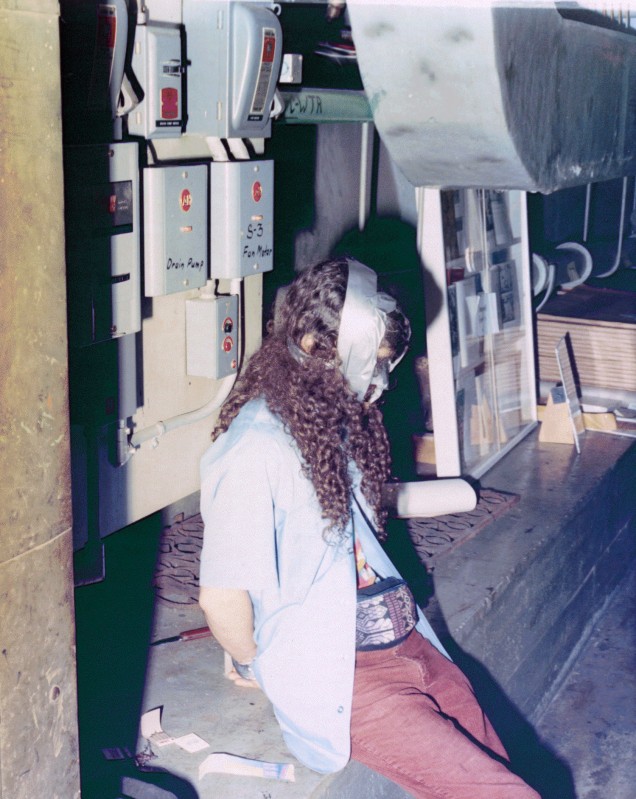 RA: At the time of the robbery I had just dropped out of Berklee College of Music. I was playing in a band, and working night shift at the museum. I was just this hippie guy who wasn’t hurting anything wasn’t on anybody’s radar and the next day I was on everybody’s radar for the largest art heist in history. You know most of the guards were either older or they were college students. Nobody there was capable of dealing with actual criminals. But that night 2 cops rang the doorbell. They had hats, badges. They looked like cops, and I let them in. They said, ’Are you here alone?’ And I said ’I have a partner that’s out on a round.’ They said, ’call him down.’ And they said ’Gentlemen this is a robbery.’ They duct taped around our eyes and duct taped like the bottom of my chin to the top of my head, and they handcuffed me to the electrical box for seven hours. At first I was panicking, and then I started singing ”I Shall Be Released” by Bob Dylan. I don’t know how long I was singing that damn song for but it was quite some time. They took 3 Rembrandts, a Vermeer, a Manet, bunch of sketches by Degas. They destroyed two of the Rembrandts by cutting them out of the frames. So even if they get the paintings back they’ll never be the same, and I feel horrible about that.

DA: You ever feel embarrassed about it?

RA: More than anything else I’m angry about it. I don’t want to be remembered for this alone. I’d to be remembered for the good things I’ve done. I’m a husband, a father of two really cool kids, but they’re saying it’s half a billion worth of artwork now. And ultimately I’m the one who made the decision to buzz them in. It’s the kind of thing most people don’t have to learn to cope with. It’s like doing penance. It’s always there.