Peter Headen and his wife, Jacqueline, met for the first time in 1958 at a roller-skating rink on the Indian Head naval base in Maryland.

They started dating soon after. But their courtship would continue for four decades, with lots of ups and downs along the way.

At StoryCorps they sat down to tell their love story. 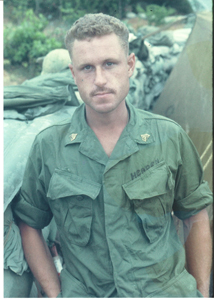 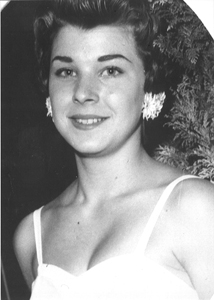 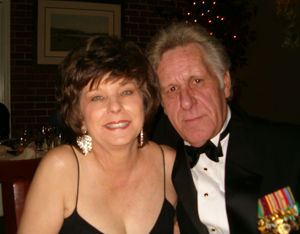 Peter Headen (PH): I was there one night and I saw this young lady skating around, and I, uh, waited for her to take a break and go get a Coke before I made my move.

Jacqueline Headen (JH): He just grabbed my hand, rolled me around and said, ”I’m Peter Headen. Who are you?”

PH: And she says, ”My name’s Jacqueline Le Fever.” And I looked in those big green eyes, and I was a done deal.

JH: From there we started datin’.

JH: I—I just got married for all the wrong reasons. And I was very unhappy.

PH: I carried a picture of Jacque in my pack for three years in Vietnam. When we’d have a hard day, I’d just pull the picture out and say, ”I guess that’s why I’m doing this.” So I wrote her a letter. Told her how I felt.

JH: I don’t know how the letter found me. It had all these forwards stamped all over the envelope. And, he said, ”I love you. I’ve always loved you. I just have to get this off my chest, and I’m done.”

PH: I did my tour, and I came back from Vietnam. I spent 24 hours at home. And I went into my mother about 4 o’clock in the morning and said, ”I gotta go to North Carolina to see Jacque.” And she kinda looked at me and she said, ”I think you better leave that one alone, but I guess you gotta do what you have to do.”

JH: And I sent him away.

JH: I came from a divorced family and didn’t want my kids to have a broken home. And my husband was a very domineering, controlling person. If I left, he wouldn’t let me have my children.