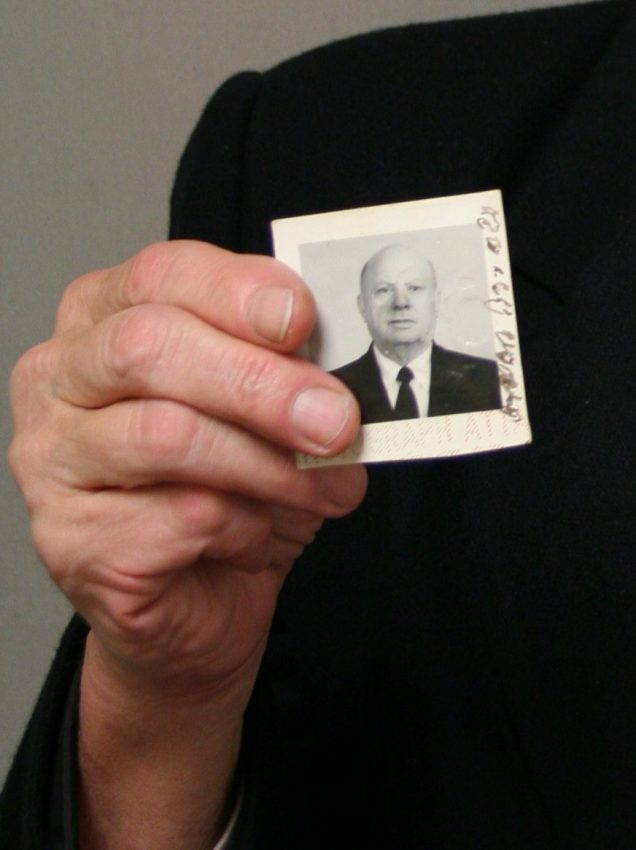 Nicholas Petron’s grandfather, Rocco Galasso, moved to New York City from Italy with the hopes of making a better life. For 18 years, Rocco served as owner and superintendent of an apartment building where much of his family resided–until the day they were given notice that their building faced demolition to make way for new apartments. As Nick remembers, that’s when everything changed.

NP: My maternal grandfather, Rocco Galasso, was a superintendent in an apartment building for probably 18 years of his life. And at some point he bought the building and so we grew up there. He would say to me, ‘Nichole, we’re going for a walk.’

And I always wanted to go with grandpa. And he would get a pastrami sandwich the size of my head. And he would buy me a hotdog and he would say, ‘Don’t you tell anybody…we just go for a good walk, right? You want another hot dog? And in this building, every apartment was filled with an aunt or an uncle and every Sunday, Rocco cooked. So, all of his family would show up for dinner, all 30, 40 of us. And, one Sunday at dinner, Rocco made it clear to us that we were all going to have to move. That the city had condemned all of these buildings to build these brand new apartments. And so we had I think eight months to a year to relocate. And then one day, my mom, my dad, and my brother Michael and I, went to Rocco’s apartment for the Sunday meal.

Now, we no longer lived on the first floor, everybody else was gone, it was abandoned, except for that one apartment. We had our meal and at some point Rocco said to me and my brother, ‘Let’s go downstairs and put some coal in the burner.’ And we got down to the coal pile and instead of grabbing the shovel he said, ‘Pick up as much coal as you can and put it into your pocket.’ So we stuffed our overcoat with coal and our jean pockets with coal, and we went to the backyard. And there’s one light on and all of the other apartments are dark. And he takes a piece of coal out of his pocket and he throws it through one of the windows. And tears are streaming down his face. And he says, ‘Come on! You break the windows with me.’

So my brother and I just started throwing—we thought it was fun at the time—and we’re smashing windows and my mom and aunt Lucy stick their heads out going, ‘What are you doing, Pop? Stop it! Stop it!’ But we didn’t stop till all of the windows were broken…except for his apartment.

At first my reaction was, they took his building away, that’s what I thought it was about, but I realized much later that it was about the destruction of the family, which I think he knew. A month later he had to leave…and never again were we together on a Sunday in that way.