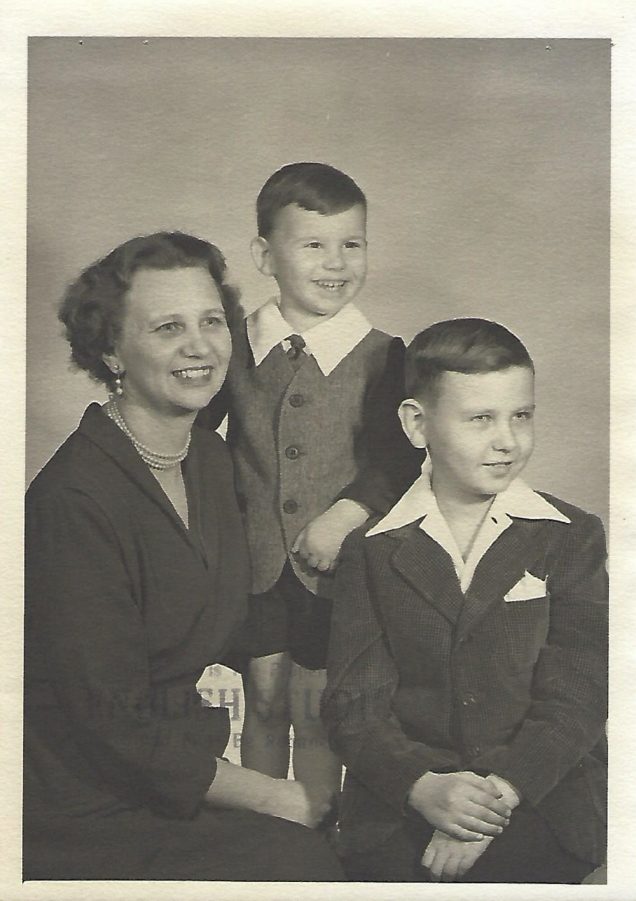 RC: I think it was about six weeks after John died, a letter arrived in the mail and it was from Dr. Doan, his hematologist. Mom and Dad were overwhelmed. He expressed his condolences in a very touching way.

Friends would come by and they’d show them this letter and it was read and reread. And it was very comforting to them and my mother would say, you know, he really—

MC: He really cared about them.

RC: Exactly. I never met Dr. Doan, who cared for John, except later when I was a medical student. He saw my name tag and he stopped me and he knew who I was. He remembered after all those years. I decided then and there that that was the kind of doctor I wanted to be.

I remember coming into the hospital and a sick patient had died during the night.

And I thought, ‘Well, why don’t I write a letter?’

So I wrote to express my condolences and share something that made him unique to me.

I had a patient, this one woman, who died. And I had written the letter to the family and about 12 years later, the husband calls me and said that he had been diagnosed with cancer.

One of the last things he wanted was to see me. So I walked into the house and the letter that I had written 12 years before was framed and hanging on the wall in the living room. I couldn’t believe it.

MC: I have no doubt that it helped heal the family.

RC: Absolutely. You know, my mother died exactly 50 years after John died, and I was tasked with going through her belongings. And in the bottom of a small bedside table, it was the very same letter that Dr. Doan had sent to mom and dad.

It was right there by her bedside all those years. That really sent home to me what this piece of paper represents for the families.