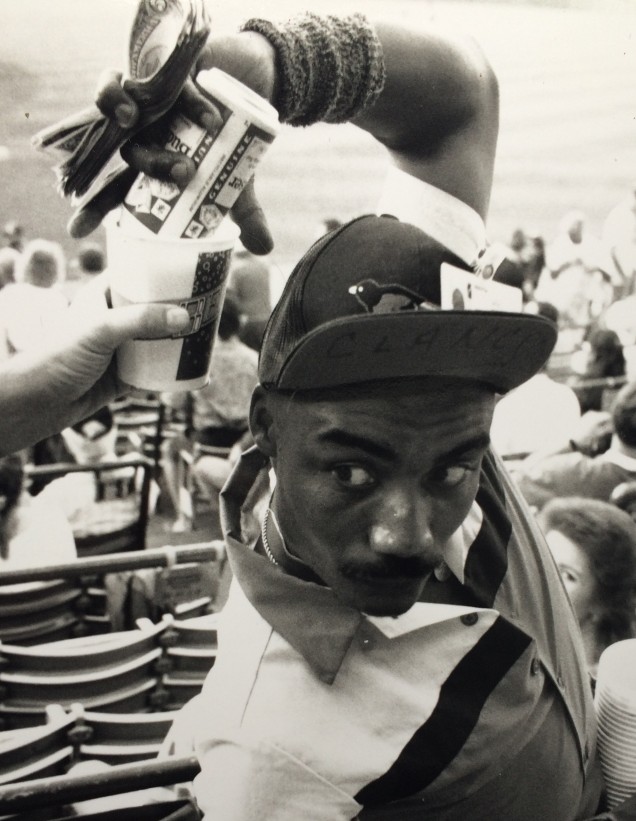 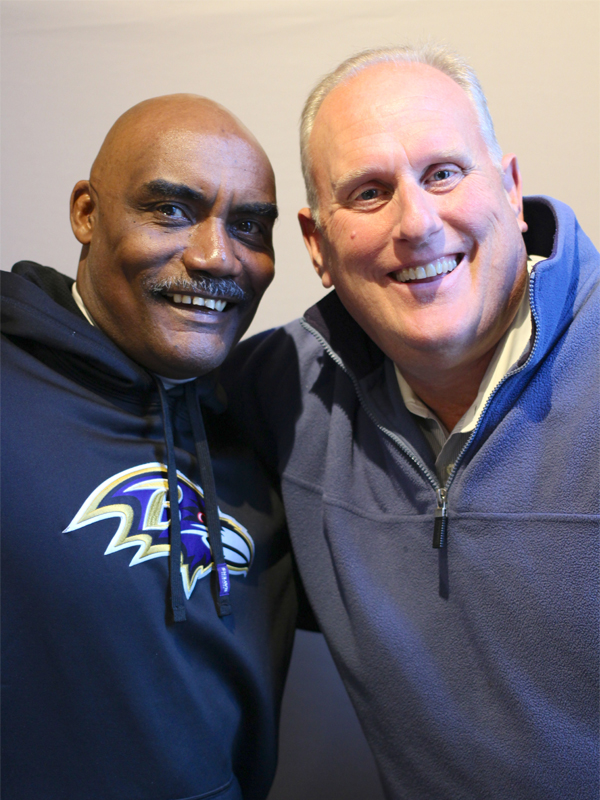 CH: My very first day, I was still in high school. And I don’t know why I remember this, but I made eight dollars and twenty-five cents.

JC: I met you probably the second day of my new job where I was a beer vendor when I was nineteen years old. And you just crushed it. When I looked around the ballpark, there was this ray of sunshine everywhere you look. A guy who outworked people, who out-loved all the customers more than anybody else. And I said, “That’s who I want to be like.”

CH: But see, I had little secrets though. I used to move quicker than a lot of the other vendors because I was a sprinter in college. And another thing, you know I had the gift of gab. And I used to do rhymes so that helped me out.

JC: –give me one of your rhymes!

CH: Well back in the old days, I used to use this one a lot, “Hey! Empty your pockets, put your money in your hand cuz here’s Clancy, your beer man!”

CH: So you know, I used to do little things like that. And all the vendors that we worked with, all of us had some type of a personality for doing something.

JC: And if you go into the stadium and you’re number one, you have incredible pressure to be a selling machine.

CH: The way that I look at my job as a vendor, my mindset is I’m a professional athlete. I have to stay in shape, I have to train during the off-season. Because vendors running around with straps around their neck? That’s only on television commercials. Good vendors pick up their case and they carry it.

JC: It’s in your soul. Put it this way — both of us, when it came to our wedding, how did we plan our wedding?

CH: –Around the Orioles game.

JC: –When the Orioles were out of town! [laughs]

JC: You know, Clancy, you epitomize to me and so many people all that’s right in the world. If it’s a rainout at the Orioles game and you only sell two cases of beer, in the big scheme of life, that’s not a problem. And I think that’s more than the rhymes and all the rest. You’re larger than life in a lot of ways.

CH: I can always go somewhere and get a free beer from somebody.

CH: I can go into a restaurant or bar that I’ve never been in before—there’s always somebody knew who I was, so… I definitely shake a lot of hands. And as long as I’m still healthy, I know I got another good ten years.