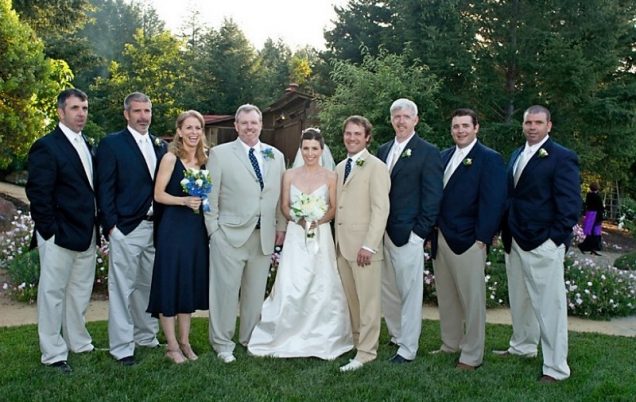 BW: Dad found a love letter from a guy in my box of things, and he read this letter and lost it. He took me for a ride and dropped me off in the middle of the night with a $5 bill. That’s sort of all I remember—sleeping outside in the country that night. And I really missed my brothers and sisters when I left home. I remember hearing that if you guys talked to me, if I’d call the house, that you’d get a beating because Dad didn’t want you to ”catch gay.” And you guys believed that.

MW: Granted, it was a fear-based belief.

BW: Of course, but you know it was still something I had to try to fix. And so, as each of you guys moved out or got kicked out of the house…

BW: Or ran away, in your case. I would make an effort to try to contact you guys and be a big brother again. At first you were really resistant. You didn’t know anything about gay people.

BW: Didn’t want to. And it took a long time for our relationship to build. But, after you started to accept it, every time you met another gay person, you would say [Laughs], ”Oh, you’ve got to meet my brother,” and hook me up with every guy that you thought was gay.

BW: I always thought that was really sweet. And that’s when we started coming back together, you know, as brothers and sisters. Bryan, Pam, Chris, Mike, Jude, Amy, Josh, and Luke-Henry. Now, Luke-Henry I didn’t even know because he wasn’t born till I was like 19 or 20. And I hadn’t seen him since…ever. And I got a call and the voice on the other end said, “Bryan? This is your little brother, Luke.” By this time, you know, he was estranged from mom and dad too, and he wanted to go to the University of Dallas. So I took my savings, which wasn’t a lot, and I bought one, one-way ticket and one round-trip ticket to Dallas. Mind you, this is a Catholic school, and I’m the big, gay brother. I’m running around getting him set up for his dorm room. And we go through this whole weekend, and at the end, I gave Luke a hug and a kiss and told him how much I loved him, and he started walking away. And I was just watching after him, like, Wow, I really finally got to be a big brother. And at that moment, he turned around and mouthed, “I love you.” It was the most beautiful moment I had ever experienced. And I called you from the hotel, sobbing. Do you remember this?

MW: Yeah. You brought eight siblings that were so far apart to be as close as we all became.

BW: I just want you to know how much it means to me that you have loved me like this. And for that I will be forever grateful. It is what I built the foundation of the rest of my life on.

MW: And let me say that forty minutes isn’t enough. I could do this for four hours, four days, four months. You’re a good man.