Where Are They Now? Jay and Andrea McKnight - StoryCorps

“Do you think we’re stronger now in our relationship?”

This past month, we released a new series of animations around the themes of love between partners, and the surprising places where we find the person who completes us, titled The Love Season. Through these stories we met with a couple who spoke no shared language when they first met; we watched the unlikely lifelong romance between two sets of twins; and we even heard from two military veterans, ages 100 and 72, who were married in the veterans’ home where they now live. In our last release of the series, “You Move Me,” Jay and Andrea McKnight told us the story of how they found each other.

Sometimes we are lucky enough to hear back from those we have interviewed, even years after they first recorded with us. We first shared this story back in August of 2011. Since then, Jay and Andrea McKnight have sat down with the StoryCorps App and recorded another conversation.

Listen to the McKnights’ advice for a successful and healthy marriage, and their thoughts on everything that has changed – and what has stayed the same – in their years together. (And don’t worry, they still both love cowboys.) 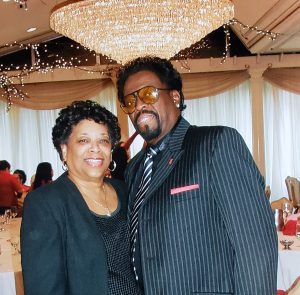