“I remember lying in bed, not being able to breathe.” 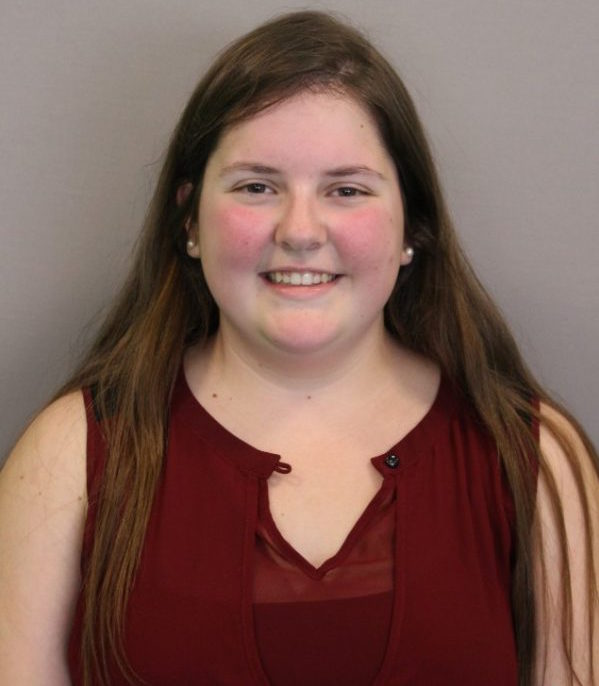 Amanda, a student at Methuen High School in Methuen, Massachusetts, recorded the following story during the 2014-2015 school year:

Hi, my name is Amanda and today I wanted to talk about my past events with anxiety and how it affects me pretty much every day. It’s really hard to talk about and whatnot because of stuff, and yeah. So I wrote maybe two pages of stuff just so I can be able to say it because otherwise I wouldn’t be able to.

So the first time I ever remember getting a panic attack was when I broke up with this one guy and then three days later he got with my best friend. I know it seems really, really silly, but I just remember laying in bed, not being able to breathe, crying, just like shaking, and not being able to fall asleep; it was a really long night.

And that’s how it feels. You just can’t breathe, your heart starts to race, and all you want to do is lay down and cry. But sometimes my vision gets blurry and whatnot, and spotty. It’s really bad because sometimes I’ll get it in class. I’ll get it in the bus, I’ll get it at home, I’ll get it in the locker room, I’ll get it anywhere and anytime. And how it works is like you can have a five to twenty-five minute period of it. You could also get it all day by just having a really high attack for five minutes, going down really low to no anxiety for half an hour, then going back up; it’s terrible. It’s worse when I get it in class because all I can do is just sit there and let it pass and hope that no one notices because you can’t really escape the feeling of that, especially while all your peers are around.

It gets really scary because I don’t want anybody else to see that part of me, I guess. I don’t tell anyone. When I told my mom about it, it was maybe a month or two ago. The only thing that I found that will get rid of it would be ice hockey but that also makes it worse at the same time due to long-term effects. Because in ice hockey, you are taught to be physically and mentally tough. You are always taught to get back up when you fall down. Because of that, I don’t really like talking to anybody about it. I feel that it makes me look weak, like crying and just wanting to get away from everybody. It all makes me sick. I just really hate that because I play boys’ hockey. You got to be tough; especially for a girl. You got to be wicked tough.

These attacks affect my school and social life. I will get one in class and do badly that day because, like I said, once you get one, it could stop that day or it could go up and down all day, so I may have a twenty minute resting period but then go back to really high anxiety levels or I just stop and that’s the only one for that day. I can’t go out with my friends anymore because I’m afraid that I might get one. We might be at the mall and I might get one. I might not be able to control it as I could in class.

I really have no clue what sets me off, so it’s really hard to stay away from things that might set me off. I remember in Spanish class last year, people would not shut up and my teacher didn’t do anything. She was a terrible teacher and she would just not do her job. So I became really nervous and I just had to leave the room. That’s the first time I ever left class like that. Otherwise, I’ll just sit there. I’ll just let it pass, not tell anybody about it. I’ll sit there shaking my leg, I don’t know what to do. My mom suggested going to the doctors and getting medicine for it, but I know that’s not going to help me. It’s going to get rid of the pain but not actually fix it, especially during presentations at my school. It’s the worst.

Getting up in front of everybody and talking. All my classmates that are recording today, they can tell you when I did a presentation a week or two ago, my face got so red. I started shaking. I couldn’t speak. It’s honestly terrible, and you can’t even do the things you love anymore. The only thing that I really do nowadays is hockey because that’s the only thing that helps, but also makes it worse. I stopped doing other things that make me happy like going out. I stopped reading, I think, yeah, because I was afraid that people would judge me and say, “Ugh, she’s reading a book. No one likes her,” stuff like that. I think that is it. So thank you for listening. 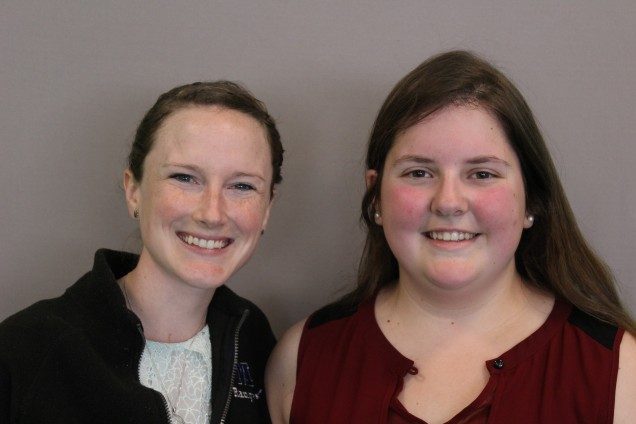 After Amanda recorded the above story, she was invited by StoryCorps to record a full-length interview to be archived in the American Folklife Center at the Library of Congress. She was joined by her hockey coach, Erin Shattuck. Listen to their conversation: