For the past few years when Oscar nominees have been announced, there has been outrage both online and in the press. 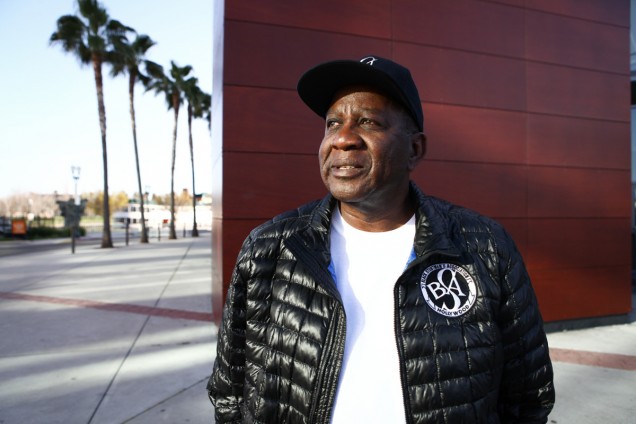 In 2016, all 20 individuals nominated in the acting categories were white. The outcry was so great that the governing board for the Academy of Motion Picture Arts and Sciences voted to add new members in order to increase diversity in the coming years.

For some African American people who have spent decades around the film industry, this continues to spotlight an age-old problem.

Willie Harris (pictured below) and Alex Brown (pictured above) came to Hollywood in the 1960s dreaming of breaking into the movies as stuntmen. Both were athletic and strong, but despite their qualifications, stunt coordinators repeatedly turned them away. 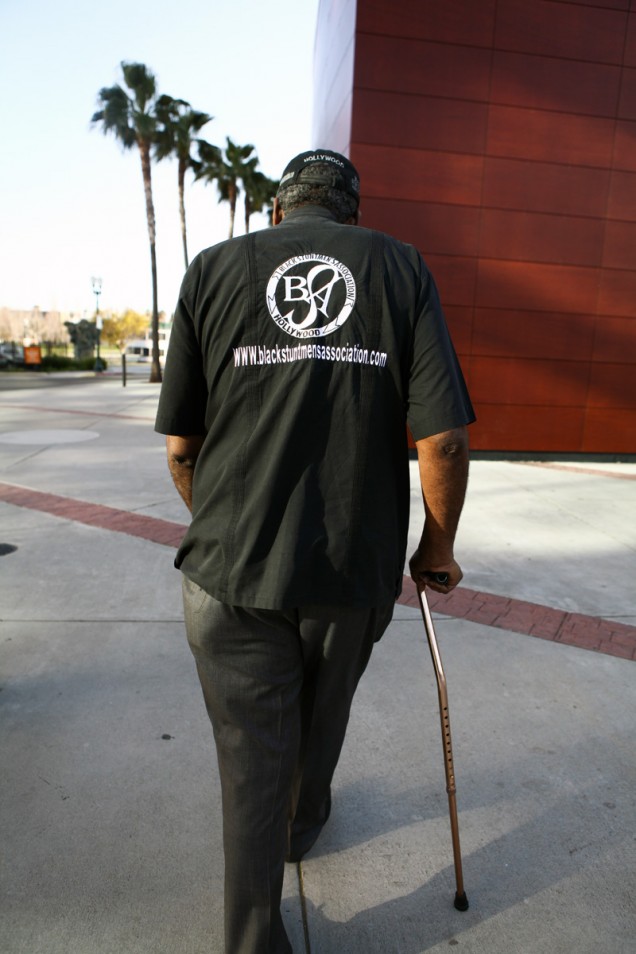 Realizing that movie studios had little interest in hiring black stuntmen—many wouldn’t even open stages and gyms for them to practice in—they continued to hone their skills training and practicing in public parks around Los Angeles. They would leap from bleachers onto donated mattresses and practice elaborate driving maneuvers using rented cars.

Eventually, Willie and Alex were able to break into the industry. They became original members of the Black Stuntmen’s Association, spending decades in Hollywood taking and throwing punches in films like The Color Purple and the James Bond classic Live and Let Die.

Willie and Alex came to StoryCorps to remember how they broke into the movies.

Photos by Luisa Conlon for StoryCorps.

AB: When we were starting, anytime they had a stunt to do with a black actor in ‘em, they would paint these white guys in blackface. And this was 1968, ‘69

WH: We wanted to prove that black guys can do stunts. But we couldn’t get anyone to train us. We had to train our own self.

WH: I remember being at this park every Wednesday night. And when we would get out there, the LAPD was already parked watching.

AB: Over there, yeah, to see what we gone do. They used to think that all these black guys doing jumping jacks and throwing punches out there…they thought we was—

WH: —we was the Black Panthers, we was militants and all of that.

AB: And they find out we just trying to get into the motion picture business. And, uh, over a period of years, the production managers began to let a few of us work. But, you know, you get on the set, they get to calling you, you know, “The Big N” and, “Watch your back.”

WH:  When you went to work in the morning, you didn’t know if you was coming home in the evening, if you was a black stunt guy.

AB: You was always a little apprehensive about who you working with, ‘cause, you know, you’d get some who didn’t buy into the fact that we wasn’t going away, so…you were subject to get hurt.

AB: What motivated you?

WH: I was already an angry young man when I got to Hollywood. For me, growing up in Mississippi, amongst the Ku Klux Klan, you had no respect. And I always said, Whatever I get involved in, when I get the hell outta Mississippi, I was gonna be dynamite. The county that I grew up in had a representative from Mississippi. And he asked me, “What you been doing since you left Mississippi?” So I told him that I was doing stunts. And he asked me, would I like to come to Mississippi and be honored at the State Capitol? You know, my mom has passed on, but if my mom could just see this, standing here in this podium and speaking to this white audience…and I look out the window and you see all of these oak trees that remind me how many blacks been hung on ‘em. We stood in that same spot. And if we hadnt’ve been stuntmen, we wouldnt’ve been there.

WH: Ain’t that something?