In 1992, Yiddish historian and sound archivist Henry Sapoznik got a phone call from a woman who said she was the widow of a former Jewish radio personality. She was moving out of her house in Queens and wondered if Sapoznik might want to haul off some of the materials her husband had left behind. Soon, Sapoznik was making his way down the basement stairs that led to her late husband’s office. When he entered the room, he was astounded.

Sapoznik had descended into a veritable King Tut’s tomb of Yiddish radio, where nothing appeared to have changed in decades. All around were stacks of photos, radio scripts, and dozen and dozens of 16″ acetate discs.

This was the legacy of Victor Packer, an eccentric broadcaster whom the fates had granted a multi-year license to transmit whatever boiled to the surface of his overheated imagination.

From the late-1930s to 1942, Victor Packer served as Jewish Program Director of Brooklyn’s low-budget station WLTH. The title and function don’t sound unusual until you listen to the discs in Packer’s collection and begin to realize that Packer was WLTH’s Jewish division. His charge: to fill — as writer, director, host, and anything else necessary — four hours of radio a day in 15-minute increments, each distinct from the last.

The one-time Yiddish theater actor took to the challenge with a total lack of inhibition. Ideas that sprang into his head one day were on the air the next. In one segment, listeners might hear him recite avant-garde literary masterpieces like his epic sound poems about New York City life, which presaged the beat poetry of 1950s America. The recitation over, Packer would metamorphose from bard to buffoon — say, as host of the “Hammer’s Beverage Program,” an insipid children’s show on which Raisele and Sheyndele, “the Happy Twins,” sang cloying Yiddish and English ditties punctuated by senseless patter, with Packer as the butt of every joke.

As the day proceeded, Packer co-hosted talent and game shows with his English-language announcer, Norman Warembud, conducted man-in-the-street interviews, acted and directed in serial dramas, and created a variety of programs that still defy categorization. Case in point: the 11-minute “To Marry or Not to Marry,” a heated dialogue on the topic of marriage, in which only one side of the conversation is audible. (Fully seven minutes of the broadcast comprise perfect silence.)

Packer sustained his manic production of radio creations until WLTH went off the air in 1942. After that, he hosted the occasional show on several of New York’s other Yiddish stations. But never again would his maverick radio sensibilities be given free rein. 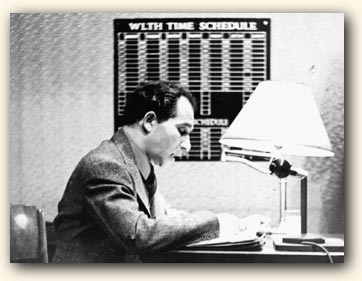 Victor Packer at his desk in the WLTH studio, circa 1930. Behind him is the program schedule he was responsible for filling every day. 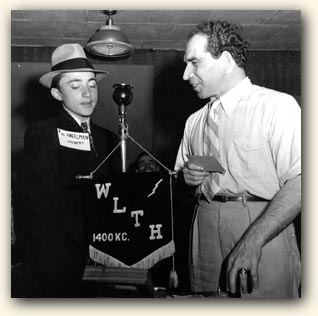 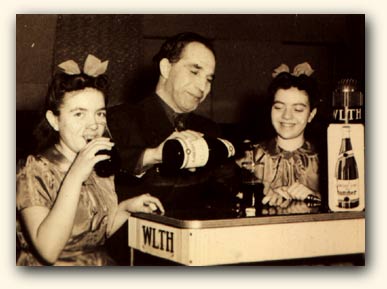 Victor Packer pours a glass of pop for Raisele and Shaindele (a.k.a., the Happy Twins), co-stars of his Hammer’s Beverage Program. 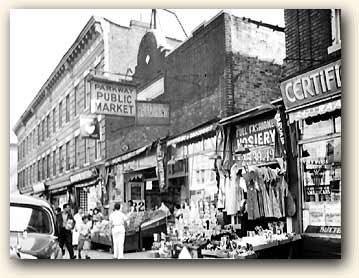 The Parkway Public Market at 243 Schenectady Avenue in Brooklyn, New York, was among the dozens of locations at which Packer held his man-in-the-street interview show. 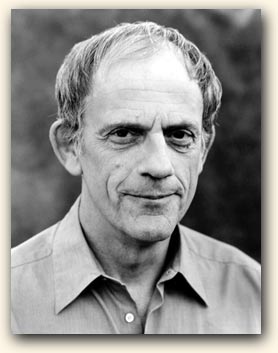 Christopher Lloyd (English voice of Victor Packer). The celebrated actor has appeared in more than 200 plays and nearly 100 films and television productions. He is currently performing in Morning’s at Seven at New York’s Lincoln Center Theater. 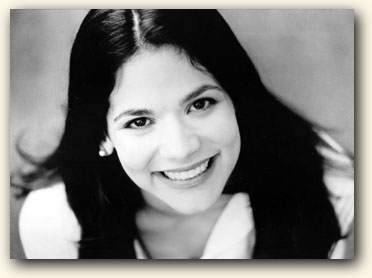 Deana Barone (English voice of Rachel in Packer’s melodrama Spies). A multi-talented actress, Deana has performed in numerous off-Broadway productions in both English and Yiddish. Watch for her in the upcoming films Deprivation and Mendy the Drug Seller. 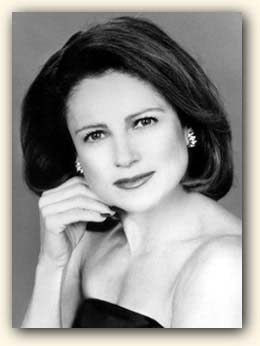 Tovah Feldshuh (English voice of the nun in Packer’s melodrama Spies). In her twenty-five years on and off-Broadway, Ms. Feldshuh has received three Tony nominations for Best Actress, four Drama Desk Awards, four Outer Critics Circle Awards, and an Obie for her performances in Yentl, Sarava, and Lend Me a Tenor. Ms. Feldshuh currently appears in the feature film Kissing Jessica Stein and on the television show Law and Order, on which she plays attorney Danielle Melnick.

Voices of the Street

If Victor Packer’s sound poems are lasting literary creations, his man-in-the-street interview shows may well be the most irresistible part of his radio legacy. Recorded between 1937 and 1942, they are a passport to New York’s old Jewish neighborhoods, with one of Yiddish broadcasting’s most peculiar figures as the guide.

Shtimes fun di Gas (Voices of the Street) is radio’s premier use of the man — or, more often, woman — in-the-street format. Its conceit was simple. Every Monday and Thursday, Victor Packer traveled to a different Jewish grocery store in Brooklyn or the Bronx with a huge transcription disc-cutting machine and asked ordinary housewives their opinions on various vital issues. After hearing them out, Packer would offer his enthusiastic approval and reward the respondent with a box (if he really liked her, two) of his sponsor’s products, like Foremost Milk or Sterling Kosher Salt.

In the five years Packer conducted the show, he demonstrated a distinct preference for sententious questions like “What is a good man?” or “What is more important: brains or beauty?” The more banal the response, the happier and more approving Packer seemed to be. Inversely, nothing appeared to throw Packer more than when one of his questions hit home. (Witness the episode of Feb. 24, 1939, when Packer inquired, “What scares you most?”)

To keep things jaunty, Packer often asked his interviewees to share their favorite recipes for beloved dishes like bread pudding and calf’s foot jelly. What most often ensued was a charming if impossible-to-follow torrent of ingredients, measurements, and techniques, concluding with a promise of complete satisfaction.

Packer’s intrepid reporting usually gave more cause for bemusement than culinary delight. But in either case, his novel broadcasting style lets us share a laugh with a few dozen housewives in a neighborhood and world that has long since ceased to exist.