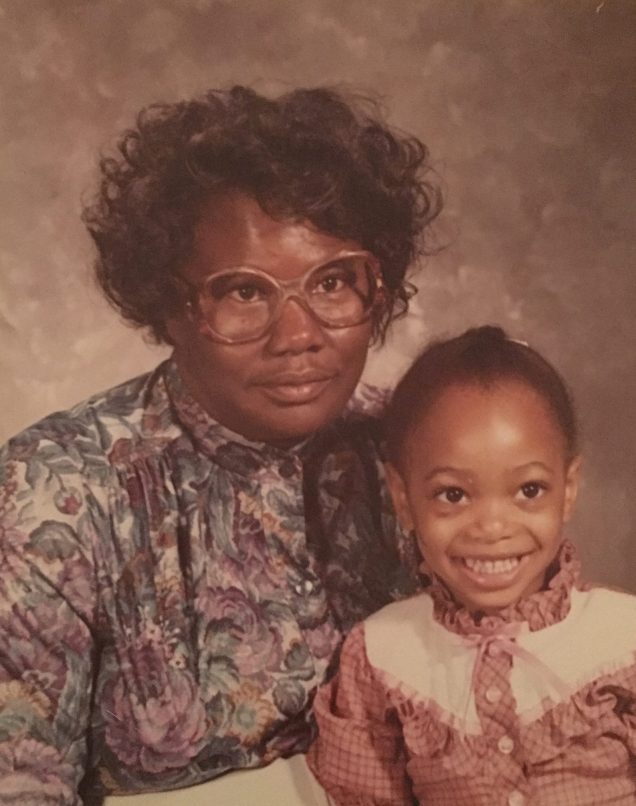 TF: What comes to mind when you think of your aunt and your uncle?

HG: My best memories were big family gatherings where we would sit for hours and pick greens. Collard greens, and turnips greens. [chuckles] mustard greens. We would cook all day. And Auntie, she didn’t wear a lot of makeup, and she was a simple beauty.  She was very conservative in her dress. I don’t remember ever seeing her knees. Or her cleavage. [laughs]

TF: What was the hardest part about caring for them?

HG: Auntie was very headstrong about wanting to die on her own terms. The cancer was eating her from the inside out. And she declared that she didn’t want to receive any chemo or radiation and she wanted to die at her home. And she wanted to see her youngest son get married and to see me graduate from college.

HG: And she actually came down to Alabama A&M for my graduation. I remember looking over and seeing her tear up. She deteriorated within a matter of months. And then three months after she passed, Uncle Gen Lee was diagnosed with cancer. They were really all I had. And for them both to be affected by cancer — it was very disturbing.

I started working on cancer treatments around my fourth year in graduate school. And untangling the code of the chemistry took me back to the days of having to untangle Aunties jewelry. It really was a meticulous process of picking through and unlooping and to have the patience to sit there with something long enough, day after day.  It was, to me, almost a one-to-one correlation.  And it opened up for me like a gift.  And I’m like, ’I’m in this lab killing cancer’. It, to me, seems that I was born to do this. You know, maybe if they hadn’t raised me and I didn’t have all these heart strings attached to them I could have just moved on and gone on with life. But I couldn’t.

TF: Because it was personal.

HG: Because it was personal. Yeah.