Jamel Massey (below right) and Tyree Hicks (below left) met at the Institute for Transformative Mentoring at The New School. They were both first arrested when they were teenagers, and they now mentor people from their own neighborhoods, including those who were formerly incarcerated. While serving a sentence for manslaughter, Jamel met a mentor who he credits with helping change the direction of his life. 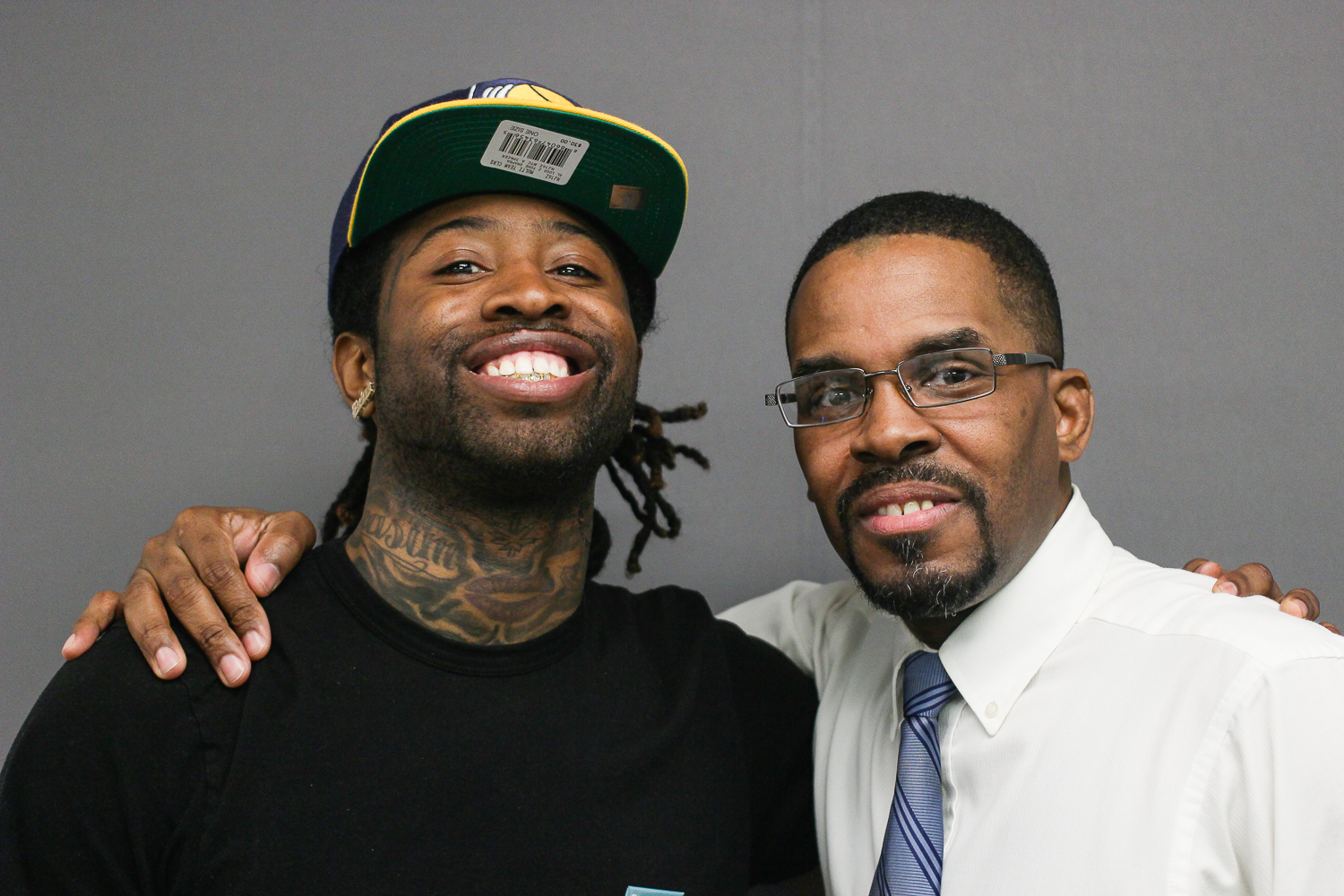 Jamel and Tyree’s conversation was recorded through the StoryCorps Justice Project, which preserves and amplifies the stories of people who have been directly impacted by mass incarceration. The Justice Project is made possible, in part, with support from the John D. and Catherine T. MacArthur Foundation Safety and Justice Challenge, #RethinkJails, and the Robert Sterling Clark Foundation. This conversation was recorded through our community partnership with the Institute for Transformative Mentoring, a professional training program focused on the development of Credible Messengers working in the social services fields throughout New York City.

TH: When I first went in I could remember everybody was older than me. How old was you when you first went in?

JM: I was 16 years old when I initially got arrested. My mind wasn’t really developed enough to understand it. But, even before I got to Rikers Island, the whole experience with the court, you know, not understanding the language, not understanding what was being said about me even though I was there, all that was really like a shock to me, just trying to understand this new world that I was part of.

TH: The first time you encountered your mentor that helped you wanna change… what was that feelin’ like?

JM: Aw man. The first person that I consider to be the man in my life, that set me down and said, “Listen, let me have a conversation with you about this thing called life.” I used to stutter. And ss a stuttering person I felt that I wasn’t being understood. That led to anger and frustration, like, you don’t really understand what I’m sayin’ to you. And one of the things he said to me, he said, “Man, there’s nothing wrong with you. You just don’t have nothin’ to say. Let me give you something to say and I’m going to teach you how to say it.” And in the process of listening to other people speak as my guide, I was exposed to information from Martin Luther King to Malcolm X. So for him to free me from that prison, from that barrier, was a very transformative experience. As I always tell you brother, I’ve been talkin’ ever since [laughs].

TH: Listening is definitely key. Because every kid needs somebody to vent to, get somethin’ off they chest. Untwist that cap and release things that you may have been holdin’ in for years.

JM: If you can speak to the person you were when you were comin’ through, the 13-year-old, what would you say to that young man?

What do you think that younger you would say to you now?