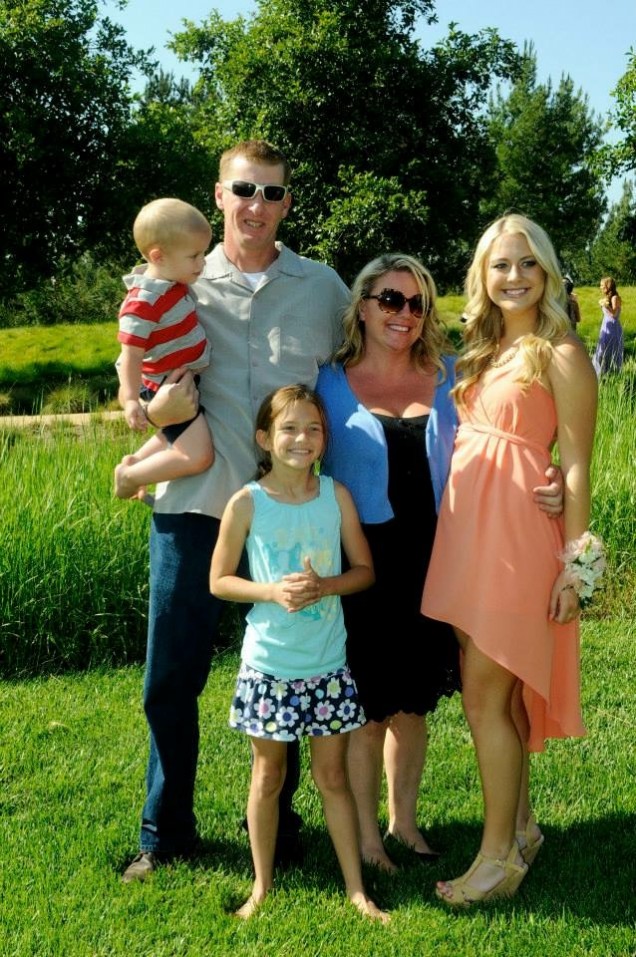 In 2009, Army Specialist Tom Woods returned home to California from a tour in Iraq where he had experienced heavy combat.

One night while at a party, he met Candace Desmond. Months later he was redeployed to Iraq. While he was overseas, they kept in close touch and, over time, fell in love and got married. By the time Tom left the military, they had started a family together (pictured at left with their son Blake and Tom’s two stepdaughters).

But the two deployments took their toll on Tom, and he suffered from post-traumatic stress disorder. After his first tour, Tom began using alcohol to help himself deal with the pain of what he had been though, and by the end of his second deployment, he was also suffering from alcohol addiction.

When they sat down for StoryCorps, Tom asked Candace what his return was like for her and why she stuck by him.

Photo courtesy of the Woods family.