In 1965, Tom Houck was a high school senior when he decided to drop out of school and join the fight for civil rights.

Soon after his arrival in Atlanta, Tom was invited to the King home for lunch and Dr. King’s wife—Coretta—asked him to become the family’s driver.

Tom, who has continued to spend his life fighting for civil rights, came to StoryCorps with his friend, Angelo Fuster (pictured below left), to share memories of his time with the King family. 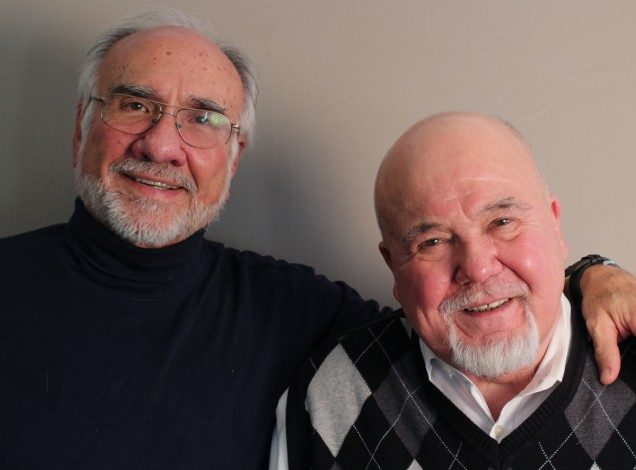 TH: I was standing outside waiting for somebody to come pick me up. All of a sudden, Dr. King drove down the street, he said, “Tom, you’re here.” And he was with Mrs. King. She says, “Martin, why don’t we take Tom over to our house to have lunch.”

And then the kids wanted to play football so Coretta asked me if I would be willing to go out into the front yard.  I played football with the kids and they said, “Oh, we’re gonna call him Uncle Tom.” <laughs> So they were you know, kidding with me.

And then Coretta comes outside and she says, “Tom can I see you for a second? Do you have your driver’s license?”

“Would you mind taking the kids to school tomorrow morning?”

So I wound up spending nine months driving the family and driving Dr. King. I would basically drive him around Atlanta, although he’d like to drive himself a lot. But he was a terrible driver. And he turned WAOK radio in Atlanta on full blast.

Dr. King was a chain smoker, alright? But Coretta did not like the cigarettes. So when we would come back to the house, first thing Coretta would do, she would check Dr. King’s pockets. So he started giving me his cigarettes.

AF: You were a co-conspirator.

TH: I was a co-conspirator with him.

Martin Luther King was my hero. He was a decent, kind human being to me and treated me not as an 18 or 19 year old, but as a man. And it was a phenomenal experience for me because, at this point, Dr. King had won the Nobel Peace Prize, and he would talk to me about the movement. So here I was–did not finish high school–but I went to Martin Luther King, Jr. University and I got a PhD.