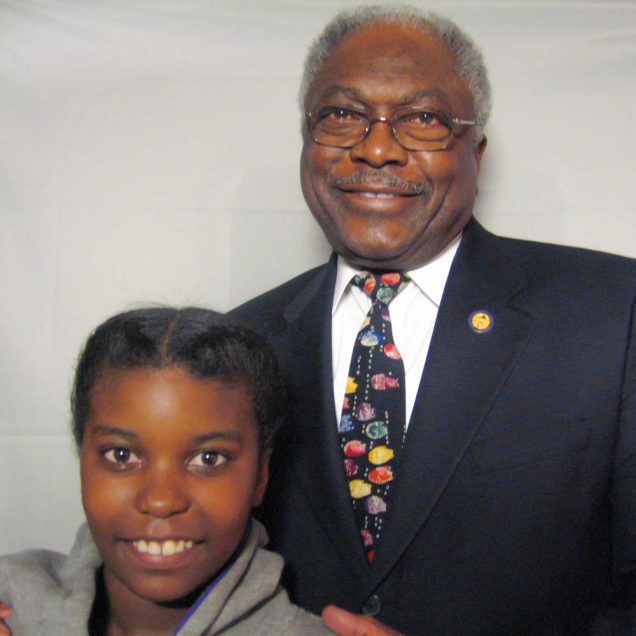 SR: Have you ever felt you wanted to quit?

JC: Oh absolutely. When I first won in 1970–when I won the primary of the South Carolina House of Representatives–there was this big party after the votes came in and everybody was jumping up and down and very happy. But the next morning, I went into the bathroom and there on my sink was a little note from your grandmother. And the little note said, ’When you win, brag gently. When you lose, weep softly.’ And I thought that was kind of interesting. And I stuck it up on the mirror in the bathroom. So we go into the general election in November, and when the polls closed that evening around 10 o’clock, all the news media announced that I had gotten elected — that I was going to be a member of the South Carolina House of Representatives. About 3:30 in the morning, somebody rang my doorbell, and they told me that something had gone wrong down at the courthouse. And I went down to the courthouse and they told me rather than winning by 500 votes, we have determined that you have lost by 500 votes. The next morning when I went to my bathroom, I looked up at the mirror and I wept softly. And yes, I thought then that this was the worst thing (that) could possibly happen. But later on that morning, I determined that I was going to go forward.

In 1978, I ran for Secretary of State — and lost. Eight years later, in 1986, I ran for Secretary of State again — and lost. And um, more than one person said to me, ’Well that’s your third strike. What are you going to do next?’ And I always said, ’Three strikes may be an out in baseball, but life is not baseball.’ And so in 1992, I ran for the United States Congress. And this time, I won. I don’t know, there was just something that kept telling me that you have got to stick this out. And you know, we have a state seal in South Carolina, and the Latin phrase on the state seal says dum spiro spero — While I breath, I hope. And I’ve always felt that there’s hope. And so I have never given up.