Terry Banies (below left), a violence prevention counselor, met Darryl Cooke (below right), a radio host and advocate, when they were students at Governor’s State University in the Chicago region. As they pursued their education, they bonded over a shared commitment to healing and their past experiences with incarceration.

Terry and Darryl came to StoryCorps to reflect on their understanding of historical trauma and discuss how their brotherhood has supported them through the challenges of re-entry. 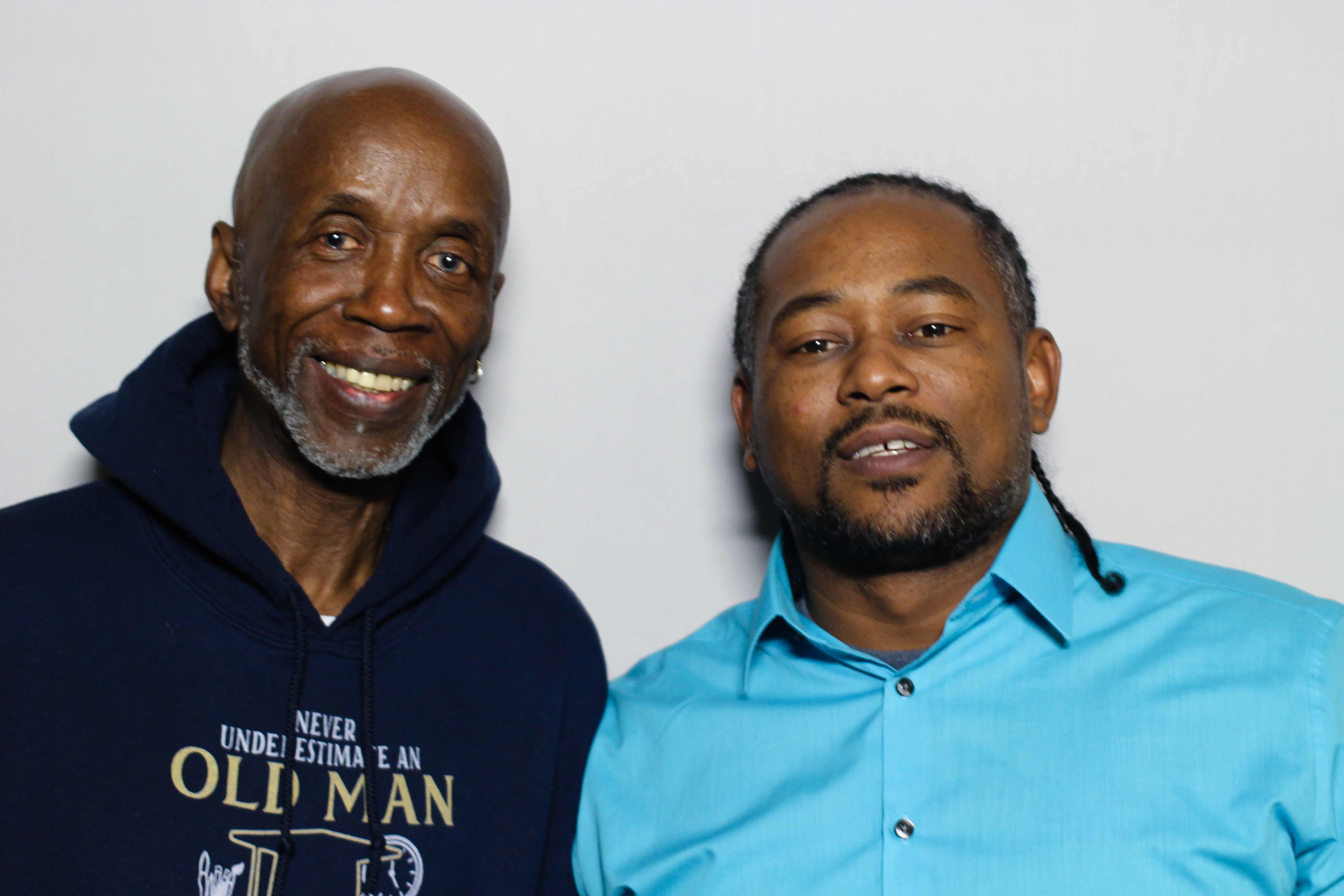 Terry and Darryl’s conversation was recorded through the StoryCorps Justice Project, which preserves and amplifies the stories of people who have been directly impacted by mass incarceration. The Justice Project is made possible, in part, with support from the John D. and Catherine T. MacArthur Foundation Safety and Justice Challenge, #RethinkJails, and the Robert Sterling Clark Foundation. This conversation was recorded through our community partnership with JustLeadershipUSA, an organization and training program that empowers people most affected by incarceration to drive policy reform. It was produced in partnership with WBEZ 91.FM Chicago.

DC: What is it that people who have never been incarcerated before don’t get?

TB: For me, it’s just being alone and having all of these feelings and emotions coming to the surface. I can remember being in jail and going through Cook County’s tunnels handcuffed to this one guy. And then I look behind me and I’m seeing all these people, and the majority of them African American. So I’m like, man, this is what it must have felt like for them slaves — our ancestors. I mean, that’s when I started trying to put things together like that.

I remember they sent me to the same penitentiary where my little brother was at. And I ain’t even know he was at that penitentiary. And he walking past going to chow and he stopped, looked at me, and I looked at him. Me and him sat down and he started crying, telling me I can’t come back. So, he flipped the script and he became the big brother. And I could remember telling myself, this is something I can’t do no more.

DC: So, what did your preparation to be released look like?

TB: Before I had got locked up I was going to school, so when I got ready to come out, my intentions was finishing my bachelor’s degree. But there’s a little box on the application — have you been convicted of a crime? And you know, I remember all of those feelings that I had in that cell just came right back. What’s the use? This ain’t gonna do no good. Getting in that fetal position and feeling that cell come closing in on me again. Prison doors and jail doors has a distinct sound and every time that I see that box on any application, it’s the sound of the door closing. And if I’m not strong enough, I start tearing myself down.

DC: Well, what advice would you have for a young man that’s gonna be released today?

TB: The thing that I would say: Find you a good support network. Like yourself — somebody that’s going to be there with you through thick or thin.

DC: No doubt, man. We brothers. That’s what we do. Had I not had you, I probably would get to my destination but not with the lessons — you know, I wouldn’t have those.

I just want to appreciate you, man, for allowing me to be here with you.