It has been a decade since Charles Roberts IV took 10 young Amish girls hostage inside the West Nickel Mines School one-room schoolhouse in Lancaster County, Pennsylvania, before killing five, wounding the others, and committing suicide. 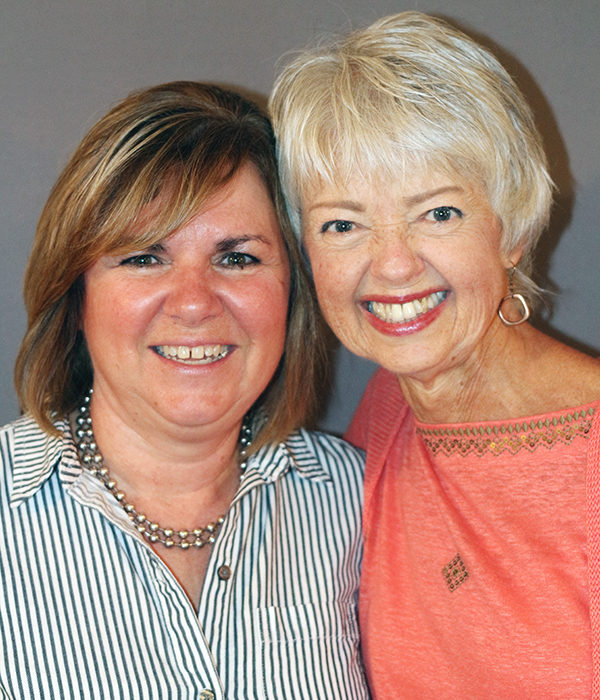 Immediately following the tragedy, the Amish community reacted in a way that many found surprising—with forgiveness.

Forgiveness is an important tenet of the Amish faith, which closely follows Jesus’ teachings to forgive one another and place the needs of others before your own. Vengeance and retribution are left to God. Their quickness to forgive the killer led a number Amish to attend the funeral of Charles Roberts, and closeness developed between his family and the community—particular his mother, Terri Roberts.

Terri sat down for StoryCorps with her friend Delores Hayford (pictured together above) to remember the events of October 2, 2006, how the Amish community treated her following the killings, and to discuss her current relationship with one of the severely wounded girls.

TR: As I turned on the radio on the way there, the newscaster was reporting that there had been a shooting at the local Amish school house.

By that time I was at my son’s home, and I saw my husband and the state trooper standing right in front of me as I pulled in. And I looked at my husband, he said, “It was Charlie.”

That week, we had a very private funeral for our son. But as we went to the gravesite, we saw 30-40 Amish start coming out from the around the side of the graveyard, and they surrounded us like a crescent. And love just emanated from them.

I will never forget the devastation caused by my son.

I mean, especially in the situation with Rosanna. Rosanna’s the most injured of the survivors. Her injuries were to her head. She is now 15, still tube fed and in a wheelchair. And she does have seizures, and when it gets to be this time of year, as we get closer to the anniversary date, she seizes more. And it’s certainly not the life that this little girl should have lived.

So I asked if it would be possible that I might come and help with Rosanna once a week. So I read to her, I bathe her, dry her hair…

DH: Does Rosanna know who you are are, Terri?

TR: I believe Rosanna does know who I am. I can’t say that for a hundred percent certainty. I just sense that she does know.

One of the fathers the other night, he said, “None of us would have ever chosen this. But the relationships that we have built through it … you can’t put a price on that.

And their choice to allow life to move forward, was quite a healing balm for us. And I think it’s a message the world needs.