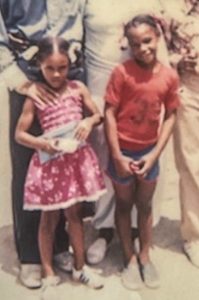 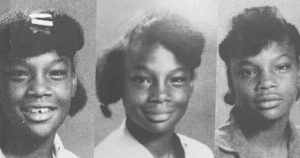 We should note this story contains a graphic description of violence.

Thirty years ago today, four police officers, three of them white, were acquitted for the beating of Rodney King. It sparked five days of riots across Los Angeles.

But there was another case, not as widely known,  that helped set off the unrest. The same month Rodney King was beaten, 15-year-old Latasha Harlins was shot and killed by a store clerk in South Central while shopping…

Here’s her grandmother, Ruth – who the kids called Madea… remembering the day Latasha went to the store:

Ruth Harlins (RH): I had said, ‘Get some orange juice.’ But when she got there the lady said she had seen her put something in her backpack. And she had the money in her hand to pay the lady but, um, when she turned around to leave the lady shot her in the head, and she died.

Latasha’s brother Vester and her sister Christina were 10 and 8 when she died. They came to StoryCorps to remember her.

Christina Rogers (CR): Latasha was so popular I felt as though she was a celebrity because everyone knew her.

Vester Acoff (VA): One of the favorite memories we had was, uh, when we used to be in the living room, dancing and lip syncing over music like a talent show.

CR: And we would have, like, spelling bees. We would sit down and our grandmother, Madea, would give us spelling words, and we knew Latasha would get them all right. She was just that smart.

VA: Yeah she was a caretaker. She cooked. She made sure we did our chores, did our homework.  She made sure other people had before she had.

CR: I remember we were at the park and that’s where the ice cream truck used to come. And a little girl didn’t have enough money. And I remember Latasha buying that little girl an ice cream.

CR: Walk me through the day Latasha died.

VA: That morning, Madea, she asked me to go to the store and I had a basketball game.

So after that I’m at the free throw line and our cousin, T, ran into the gym. Screaming, ‘Tasha died, Tasha died.’ I ran out the back of the gym, ran, ran home.

CR: She was killed. The hardest part about losing Latasha was not having that older protective sister that I had.

She was just always a motivating factor in my life. I just knew that I was blessed to have an older sibling that looked after me, that loved me.