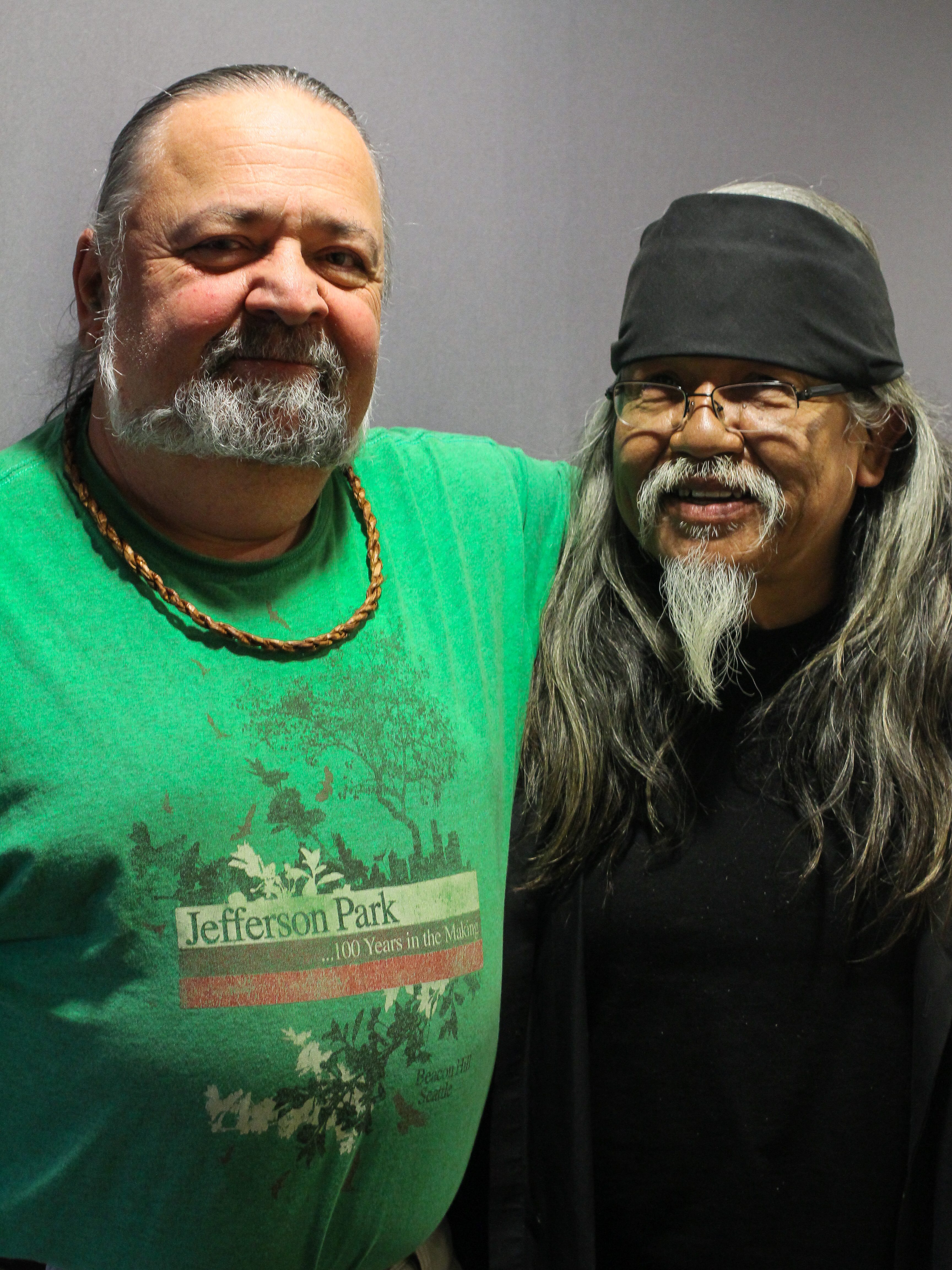 RW: As a child, he was a happy person and he loved to carve. He was 4 when he’d done his first totem pole.

JH: John was a native carver, and they can carve and walk at the same time. And that day, John was walking with an open pocket knife.

RW: He was carving an eagle at the moment.

JH: You see the dash cam video, and you see the officer he’s already got his weapon out.

He screams ‘Put the knife down.’

OIB: Put the knife down!

JH: A couple of times

But John was deaf in one ear.

There wasn’t any time for him to respond. It was–

RW: This image I see every day in my sleep. It’s been six years. I walk through depression, suicide thoughts, anger, rage. It’s a side of me that I want to leave alone.

I could hear my grandad’s voice, {native language}, which means ‘can you be a warrior without violence?’  And I didn’t get it until this happened to my brother John. It took me all my life to understand what it meant.

On a weekly basis I go sit at the cemetery and bring a cup a coffee, and share a thought with my brother.

How do I feel?

I’ve asked many times, bring me this policeman, let me share a day with you what it would’ve been like to carve with John. I want them to know him the way I did. He was one of the finest.