On April 15, 2013, two explosives placed near the finish line of the Boston Marathon detonated within seconds of each other, killing three people and injuring over two hundred others.

In the days following the attack, a massive manhunt took place. Four days later, police confronted the bombers on a suburban street in nearby Watertown, Massachusetts.

Boston police officer D.J. Simmonds was one of the officers who arrived on the scene. He was injured by a homemade bomb the Tsarnaev brothers threw at police.

Simmonds’ injuries led to his death almost a year later.

At StoryCorps, his parents, Roxanne and Dennis Simmonds, sat down to remember their son. 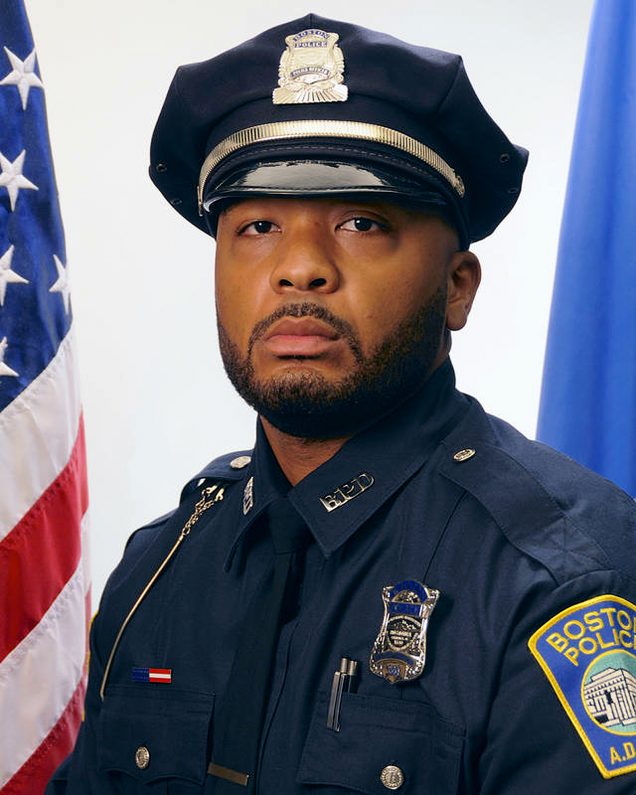 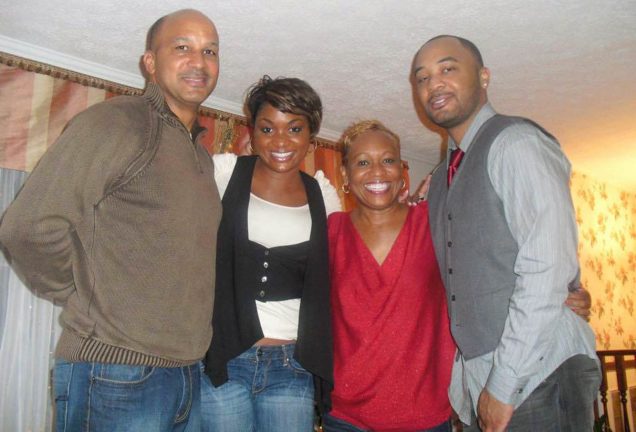 RS: The day he was born, D.J. came out with shoulders of a linebacker. He was the first baby I saw that had muscles.

DS: He wasn’t really afraid of anything.

RS: You know, like 10:30, he would literally take the dog outside and walk around the whole house —

DS: — Make sure there’s nobody [laughs] on the grounds. I used to say, “D.J. where you going? It’s late.” And he’d would say “I’m doing a perimeter search, Dad.” So when he told us he was going into the police department, I wasn’t really surprised.

RS: You know, with the kids, I have this thing that I have to talk to them every day. But after the bombing, he called me and he said, “Ma. I’m not going to be able to talk to you all the time right now —”

DS: Right. They were on a major league manhunt throughout Boston.

RS: And D.J. and his partners were able to corner the brothers. And they were some of the first ones on scene.

DS: They showed a clip on the television —

DS:  —somebody was yelling.

DS: I turned to you and I said, “That voice sounds familiar.” It was instantly sent chills up to my back because I heard his voice.

RS: Then the bombs landed close to D.J. and knocked him off his feet. We knew he had a concussion, but he said he was fine. But we knew something was a little different.

RS: He’d said when he closed his eyes he would see the bombs. I will never forget the day he came downstairs, I was in my bedroom and he stood at the door and said, “I’m afraid of the dark.” I didn’t know what to say. His eyes looked like — he was like a kid again. That was the only vulnerability that D.J. ever showed. He died a year later.

DS: He had a brain aneurysm at that point.

RS: He used to lay on my lap and I used to rub his head. I miss that. I miss dialing his phone number. I miss dialing that everyday. I’ve loved him since the moment I saw him as a little baby linebacker and I love him more and more every day.