Five years ago a stack of acetate radio discs was spotted on the sidewalk outside the House of Sages, a synagogue for retired rabbis on Manhattan’s Lower East Side. The discs found their way to the Museum of Radio and Television and, ultimately, to Yiddish radio historian Henry Sapoznik, who gave rapt hearing to the half-century-old proceedings of the Jewish American Board of Peace and Justice, the first court of the air.

From the late-1930s to 1956, Rabbi Shmuel Aaron Rubin, the Director of the House of the Sages, presided over a mediation court that convened in one of the synagogue’s back rooms. Flanked by distinguished members of the mediation court, Rabbi Rubin adjudicated every kind of dispute imaginable, from the complaints of abandoned parents to altercations over ill-fitting sheets.

Rabbi Rubin’s history on the Lower East Side dated to the early 1930s, when he emigrated from Israel (then Palestine). Arriving in New York’s Jewish enclave, he was dismayed at the plight of the city’s retired rabbis, many of whom led impoverished lives. To correct this sad situation, Rabbi Rubin helped to raise money to support the House of Sages, the first institution of its kind in America, to provide retired Rabbis with a weekly stipend and a place to study.

To further the function of the House of Sages, Rabbi Rubin began using it as a site for settling disputes within the community. (There was no charge to the plaintiffs and none of the panel’s members received any compensation.) By the end of the 1930s, the dealings of the Jewish American Board of Peace and Justice, as the mediation court was called, were being recorded and broadcast on Yiddish radio stations like WLTH and WEVD.

Plaintiffs who brought their cases to the Board were often too poor of unfamiliar with the American justice system to take their case to the state courts. In Rabbi Rubin’s court disputants could present their complaints in their own language and appeal for ethical justice — as in the case of parents requiring support — even where no legal issues pertained. The Court’s calendar was always booked, and the surviving recordings envelop us whole in the fabric of Jewish American immigrant life.

The Jewish Board of Peace and Justice adjourned permanently and went off the air in 1956. Since Rabbi Rubin’s death in 1957, the House of Sages has been carried forward by Rubin’s son-in-law, Dr. Kalman Gershon Neumann, Rabbi of Congregation Zichron Moshe, who continued broadcasting a religious program in Yiddish until last year, when WEVD sold its frequency to Disney/ESPN. The House of Sages still exists and functions today on the Lower East Side, giving old rabbi’s a place to Study Torah and to debate eternity. 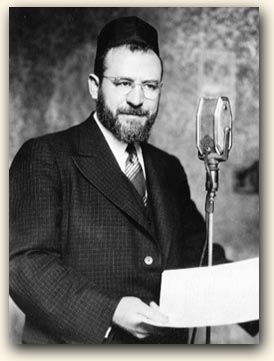 Rabbi Shmuel Aaron Rubin presided over the Jewish Board for Peace and Justice from the mid-1930s until 1956. 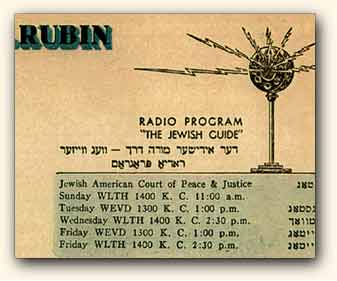 Rabbi Rubin’s stationery included the broadcast schedule of his radio programs. During its nearly two-decade-long run, Rabbi Rubin’s court was heard on WEVD, WLTH, WLIB, WHOM, and WBYN. 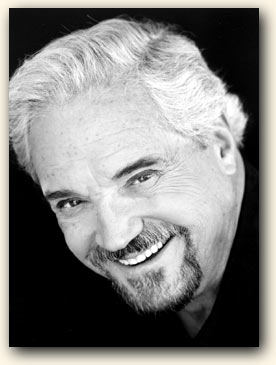 Hal Linden (English voice of Rabbi Shmuel Aaron Rubin). The respected actor, singer, and musician has earned three Emmys and a Tony. His recent appearances include the Broadway production of The Sisters Rosensweig and starring roles on the television show Jack’s Place and on the feature Out to Sea, with Jack Lemon and Walter Matthau. Linden is well remembered for his role as Barney Miller in the television series of the same name. 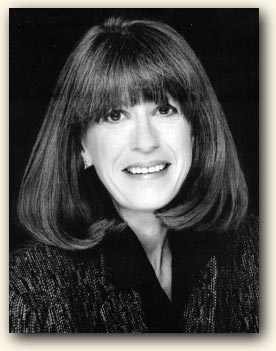 Patti Deutsch (English voice of the mother who takes her son to Rabbi Rubin’s court). Ms. Deutsch is a veteran voice actress who has worked in television and film for more than three decades. A former standout on the television shows Match Game and Laugh-In, she recently lent her voice talents to the movies Monsters, Inc., and The Emperor’s New Groove.