For Phil Mortillaro (above right), locksmithing was a summer job that turned into a lifelong passion. He started in the trade shortly after he left school in the 8th grade.

All five of his children grew up in his shop in Greenwich Village, but it is his youngest son, Philip (above left), who has followed in his father’s footsteps.

Father and son sat down for a conversation at StoryCorps to talk about the family business. 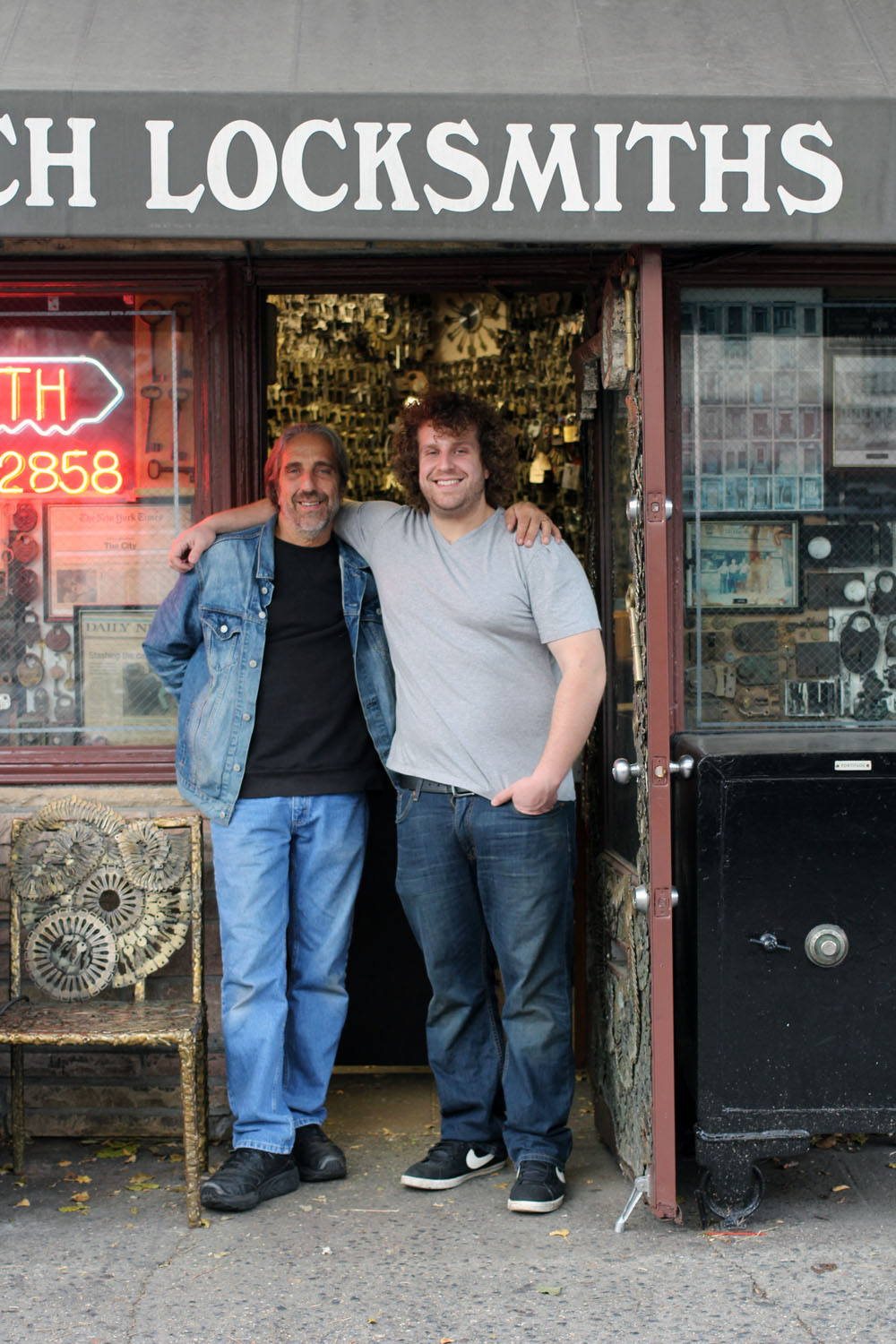 Photos by Von Diaz for StoryCorps

You can read more stories like this one in our book Callings: The Purpose and Passion of Work, a collection that celebrate the passion, determination, and courage it takes to pursue the work we feel called to do.

PM: I was one of those kids who would show up when school first started. And they would see me again around Christmas time. And then they would see me in June to tell me that I had to do the grade over again. So dropping out of school was, it was inevitable. And as far as you doing the business? You started younger than me.

PMJ: As soon as I could walk.

PM: Even before you were walking.

PM: I’ve got pictures of you in the shop when you were in the basinet.

PMJ: I was literally there since day one. I saw you do it, I was like, ”Ok, I can do this.” Then I kind of realized, man, you know, everyone loves my dad. One half of that is, you know, ‘cause he’s a great guy, but the other half is, like, he’s the guy who helps you when even other locksmiths can’t help.

PM: I have a sense of usefulness. And that’s a big thing in my noodle, you always have to feel like I have some worth.

PMJ: I’m not just saying this, you’re the most hardworking, tenacious person I know and…

PM: That comes from coming from immigrant parents. You can never work hard enough. Even when you’re working seven days a week they say, “You’re a little lazy.” Think about it Philip, when am I ever late?

PM: When do I ever take vacations?

PM: And when am I gonna retire?

PMJ: One day before your funeral? PM: You know it.

PM: You know if you ever didn’t want to do this, you know, I would never be heart broken. I would understand.

PM: You know what I mean? My father, he hated my business man. You know, I had a cousin who became an accountant, and my father used to tell me about him all the time. But um, I think it was the, the founder of IBM, he said: ”I’m no genius, but I’m bright in spots, and I stay around those spots.” I like that.

PMJ: You raised all of us, man. Five kids and every single one of them did not ever want for anything, man. That’s hard to do for someone who just went up to the eighth grade.

PM: Well you do your best kid. This is what you do. But honestly your best. Not just your B.S. best. And even if you fail. It doesn’t feel that bad.

PMJ: You’re always my barometer. You never let anyone down. That’s what sets you apart.