Myra Dean tells her friend Gary Jamison about her son, Rich Stark, 9, who was killed by a reckless driver while watching a sunset close to their home. 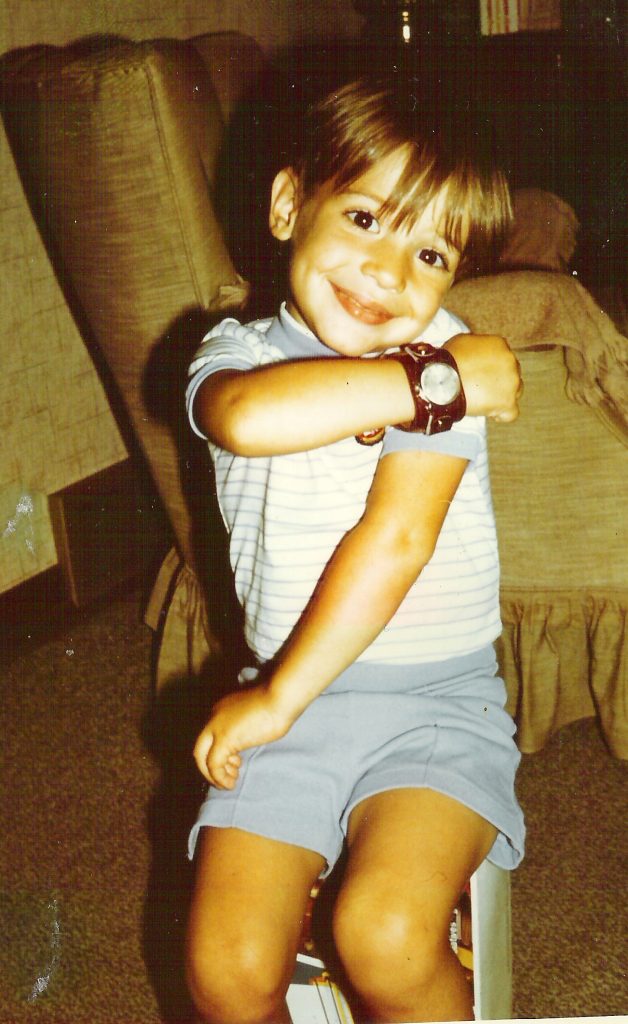 MD: People used to ask him what he wanted to be when he grew up and used to tell people he either wanted to be a marine biologist or a garbage man. He wanted to be 10 and he didn’t make it. The day he died I was going to go out with my girlfriends and Rich had a new friend named Steve. They were riding bikes and I said, ”Come on. We gotta go pick up the babysitter.” And he didn’t want to go. He wanted to go to the corner because he wanted to watch the sunset. And I thought to myself, I don’t want to tie him to his mama’s apron strings, so I said, ”Well you watch for cars.” And I left.

When I came back I saw this crowd of people at the end of the street and ambulance lights and I knew the minute I opened the car door and put my feet on the ground that it was Rich. And I got out of the car and I just started running. A guy had been hot rodding through our neighborhood. The car flipped over and it landed on Rich. And all I can remember is they had pulled the driver out and he kept saying, ”Oh my God, what have I done? What have I done?”

They put me in a police car and I just started screaming. And the ambulance driver came to me at the hospital and said, ”There was nothing we could do. He’s gone.” And I can remember having my back to the wall and I just slid down on my butt leaning against the wall. And he said, ”Ma’am, I’m not supposed to tell you this, but he was dead at the scene.” He’ll never know what that meant to me because one of the things that was the hardest for me was, what if he was suffering and I wasn’t there for him, you know?

And the worst part is when you realize you’re going to live ’cause you just want to die. I thought I wouldn’t live ten minutes, and I was astonished when I’d lived ten days and mortified when I’d lived ten months, and not even grateful yet when I had lived ten years. I was just mostly surprised. And there was no one more astonished that I’d survived it than myself. When you lose your child it’s like someone has just amputated a huge chunk of your heart. The difference is people can’t see the amputation. I miss him terribly. He was just a happy kid and it’s been a bittersweet thing that he died watching a sunset.