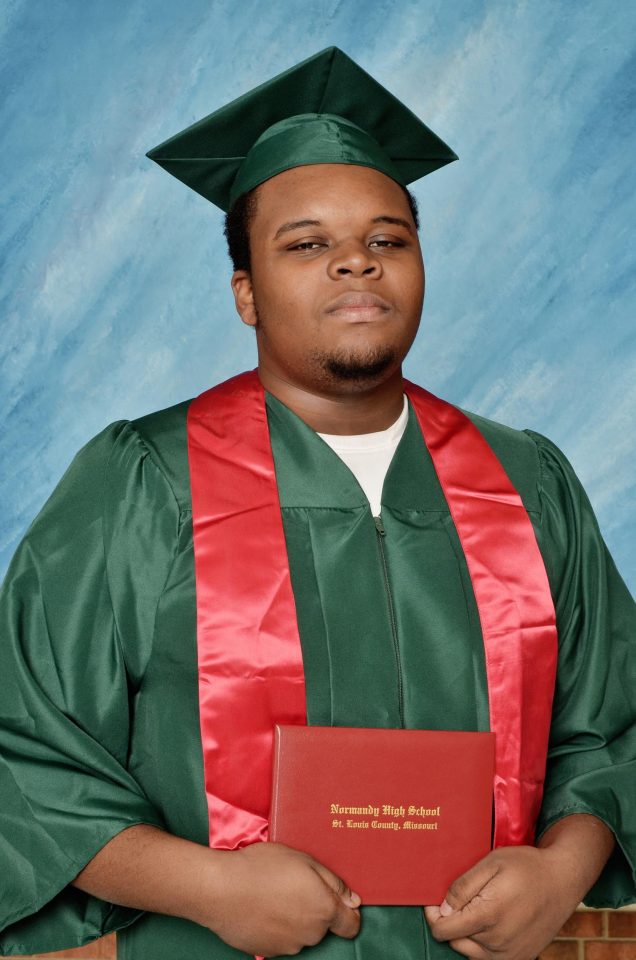 Trinity Walker (TRW): He was everything, basically.

Triniya Walker (TW): If I was feeling down, or somebody had made me mad. He would just come to the rescue and talk to me about it or just give me a big hug.

TRW: A hug from him felt like death. Because he do not know how to stop squeezing.

TRW: What is your most cherished memory of Michael?

TW: I would say his graduation day because not many black men graduate high school, let alone go to college.

TRW: To see the smile on his face, that “Yay! I did it,” I mean we were all just like very excited.

TW: After graduation, we were just talking, he was telling us how he was going to shake the world. He wanted to be a computer engineer.

When did you find out he died?

TRW: Mom had received the call and then she gave the phone to dad and he jumped out of nowhere and was like: “The police just shot my son.” And I ran downstairs crying to you guys.

TW: I didn’t know how to feel because I was just like:  “That’s not Mike Mike, he not dead.”

TW: It was hard. We didn’t talk to each other. It was just like we existed.

I don’t think that anyone should have to feel the pain that we have felt. Right where he died, they dug up part of the street because they couldn’t get the blood up.

When we visit I can feel that he’s there.

It definitely doesn’t feel like it has been five years.

Me about to become the age that he was when he died, I value life more. It makes me want to pursue my dreams. And be the best that I can be at anything.

Because tomorrow is not guaranteed to everyone.