Max Voelz met his future wife, Kimberly, on Valentine’s Day, while they were training to work in Explosive Ordnance Disposal Unit — the Army’s elite bomb squad.

Both Max and Kim were sent to Iraq in 2003. One night, Max called in the location of an explosive and Kim was sent to disarm it. She did not survive the mission.

Max sat down for StoryCorps to remember her. 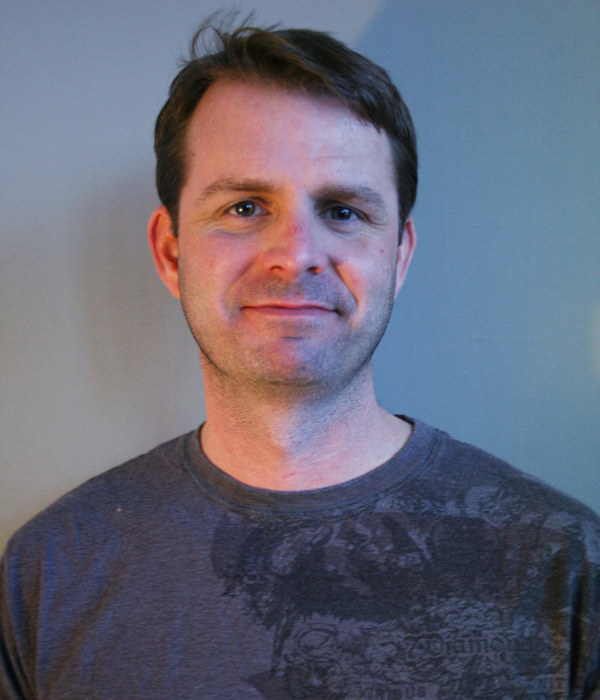 MV: We deployed in 2003. We were in the same unit. She ripped bombs apart by hand in Iraq just like I did. There was no being scared, no doubt, no ”I might die” — we never talked about that. But she died on an incident that I sent her on. That night she was at a different base and I tried to talk to her on the phone before she went — just to tell her, like, an extra ”Be careful.”

But she was already on her way to take care of it, so I didn’t get to. Her injuries were severe. One leg was blown off. She was in a medically induced coma when I got to the hospital. I talked to her the whole time she was in there. The nurses were telling me to talk to her because they assured me that they had seen people come out of comas before and that they remembered hearing things that people said. I mean, what are you gonna tell your wife who’s dying? That you love her and you don’t want her to die. But I knew she was dead a long time before the doctors stopped working on her. You hold someone’s hand, and then it feels different.

I called her parents. You know, I didn’t want it to be a stranger knocking on the door in an army suit. So, I told them that she died in my arms ten minutes ago. You know, she did something that most people weren’t willing to do, and I don’t want people to think that because she was killed while she was working that she was bad at her job, or that she died because she was a girl. She did the same job that guys who think they’re tough do. And she did it just as good as I did, and I think I’m the best that there is. You know, I got married to her when I was 25. Our plan was to retire from the army. Now I’m 36 and I still don’t have a plan. I am an army widower. I don’t think there’s very many of us. And when I receive a condolence letter from a high-ranking government official that says, ”Mrs. Voelz, we’re sorry for the loss of your husband,” it just makes it seem like nobody knows we exist.