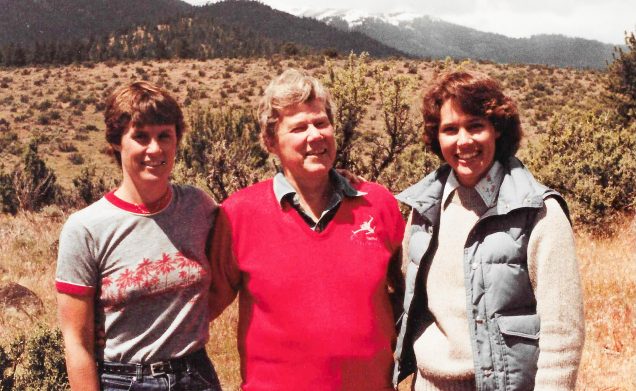 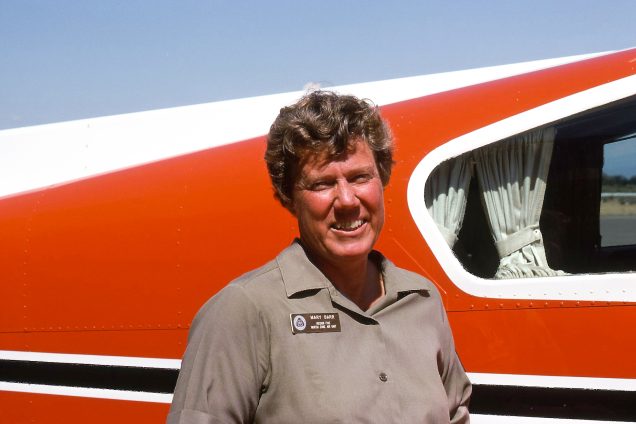 MB: We rarely saw our mother during fire season because she would get up before dawn and she would be flying all day.

NB: She would fly down as close into the forest fires as she could get. And then these big old biplane bombers from World War Two would follow down on her tail and dump the borate slosh on the fires. I mean… just scary as hell, but momma just thought it was great.

She kinda taught us to be our own people, ‘cause she had a determination to do what she needed and wished to do that was pretty impressive.

MB: You know, actually, I have a picture of her. Not a picture in my hand, but in my head.

NB: Says ‘Mary’ across the back.

MB: And she always wore one of those big western silver belt buckles.

MB: I remember going into the store, we were going to buy mom a birthday present. The lady who was helping us said, ‘Well, here’s some nice dresses. What does your mom like?’

And we said, ‘Well, our mother doesn’t wear dresses.’

NB: And my girlfriend said, ‘That’s Mrs. Barr.’ And the storekeeper went, ‘Oh, Okay. The Levi’s are right over here.’

NB: And she didn’t much care what other people thought, or if she did, she hid it really well. When Mama decided to go full time with the Forest Service, she knew for a fact that as a female pilot, she had to be twice as good, twice as calm in the face of upsets to get anywhere.

But because she had so many flight hours on her Forest Service application, it looked like a lie. So she reduced the number of hours she had in the air.

Mama was a daredevil, and loved the red lights and sirens. But…

MB: She was painfully shy.

MB: When she was inducted into the Hall of Fame, we had this big dinner, and they took photos, and as we were driving home, she says, ‘That was really special.’ She says, ‘I wish I’d enjoyed it more.’

MB: How do you think she’ll be remembered?

NB: Y’know, you don’t know who’s watching you. And I think mama’s legacy is just gonna leak out in the fact that she was courageous, determined… Over and over and over again. She just kept dropping drips of courage and determination, and we were filled with them. And I think a lot of people around her were.

MB: Any time a woman goes out and does what she wants to and succeeds, it makes it easier.

NB: Yeah, she was just living her life the way she wanted.