For as long as she can remember, Eileen Kushner has had a difficult time reading and doing simple math. Growing up in Detroit the 1950s, she recalls her teachers calling her “stupid” and “lazy,” but no one knew she had a processing disorder until she was tested and diagnosed by a psychiatrist when she was in her mid-30s. “It was like a door in my brain would drop and it wouldn’t allow me to process any of the information.” 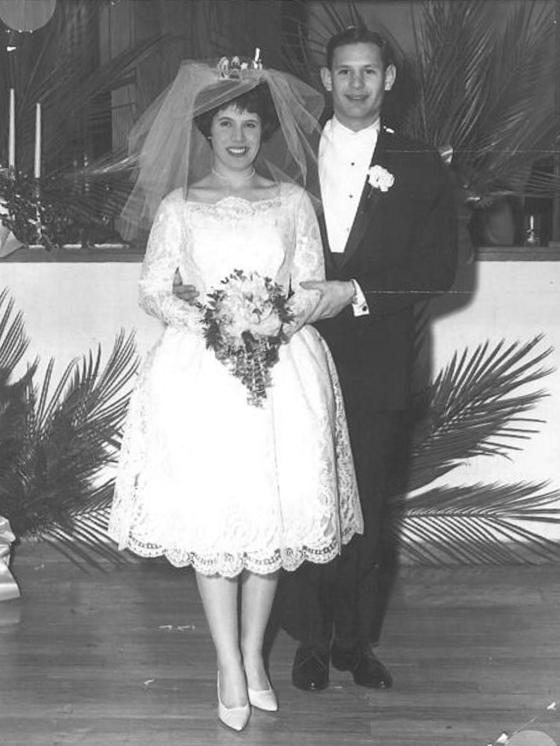 After graduating high school, Eileen married Larry Kushner and over time they had three daughters. Eileen hoped that staying out of the workforce would help her hide her learning difficulties, but surviving on the money Larry earned as a bank teller was hard. There were days when their family didn’t have enough food in the refrigerator, so Eileen began to look for a job.

She worked briefly as a secretary but was fired because her notes were riddled with misspellings, and then Larry suggested that she apply for a job at the McDonald’s next to the bank where he worked. Eileen was overjoyed when she got the job and started by making French fries and milkshakes and cleaning the floors. She secretly hoped she would not be promoted because she knew that would mean working at the cash register.

In the 1960s, McDonald’s cashiers manually calculated the cost of an order, and Eileen was afraid that a promotion would lead others to discover her secret — she wasn’t able to add. But she did so well with her first responsibilities that a promotion to the register soon followed. For Eileen, it was a tragic moment, and she told Larry she was going to quit. That’s when he came up with a solution. 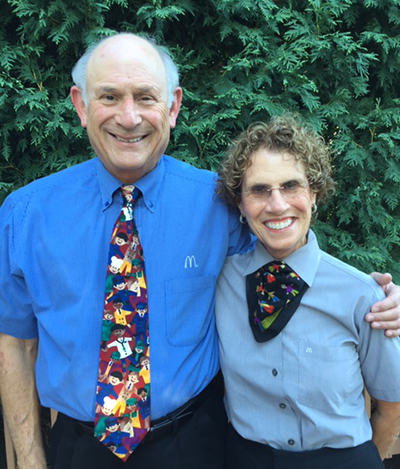 Larry brought home different denominations of bills from the bank, and Eileen brought home Big Mac boxes, French fry containers, and cups, and they began playing McDonald’s at their kitchen counter. Larry would pretend to be the customer and Eileen would practice adding up his order. They did this every day until Eileen felt comfortable enough to accept her promotion.

Eileen moved her way up at McDonald’s eventually becoming a manager and then attending Hamburger University. Together Eileen and Larry have owned five separate McDonald’s restaurants (currently, they own one). Now in their 70s, she credits Larry with their success while he believes that it was her dogged perseverance and hard work that got them to where they are today.

They came to StoryCorps to remember their earlier struggles.

Top photo of Eileen and Larry at their February 1963 wedding and bottom photo of Larry and Eileen in their McDonald’s uniforms courtesy of the Kushner family.

EK: Raising the kids, we had no extra spending money.

LK: Sometimes, for food, it got pretty tough. And I said, “How about going to talk to Carl at the McDonald’s? Maybe he could hire you.”

EK: And I said, “Carl, I’d like to make french fries and make your shakes for you. I’ll be the best employee.” And he said, “You’re hired.” I remember coming home, Larry, and I was so excited, dancing around, “I got a job.”

LK: In those days, there were no computers. If a customer wanted a hamburger, fry, and a Coke, you manually had to add it up.

EK: Exactly. I had done such a good job and I was starting to feel really good about myself. Until one day Carl leaded [sic] me over to a counter and said, “Eileen, this is your next responsibility.” And in my mind, I knew that I wasn’t able to add. I thought I was going to die.

I went home that night, crying my eyes out to you and saying, “I’m gonna quit, Larry, because I don’t want them to know that I don’t know how to count the money back.” And you said to me, “Eileen, you’re gonna be ok.” You came home and you brought singles, five dollar bills, and coins, and we started playing McDonald’s. Do you remember?

EK: I would stand on one side of the table in the kitchen and you stood on the other and you would pretend you were a customer. And the following day, I went back and asked if I could please have some Big Mac boxes, some fry boxes, and some cups.

And then every day, Larry, with your help, I learned it. Larry, thank you. You opened up my world.

LK: I just opened the door for you. You took the ball and ran with it, though, after that. Do you see yourself differently today than you were 30 years ago?

EK: I learned a very valuable lesson from Edison. After he invented the lightbulb, this young gentleman came up to him and asked him, “How did it feel to fail over 2000 times?” Edison said, “I never failed once. It was a 2000-step process.” And this is what my life has been, Larry, more than 2000 steps. But we made it.