In their early days, most computers were used for mathematical work, but a few were also used to help people find love. 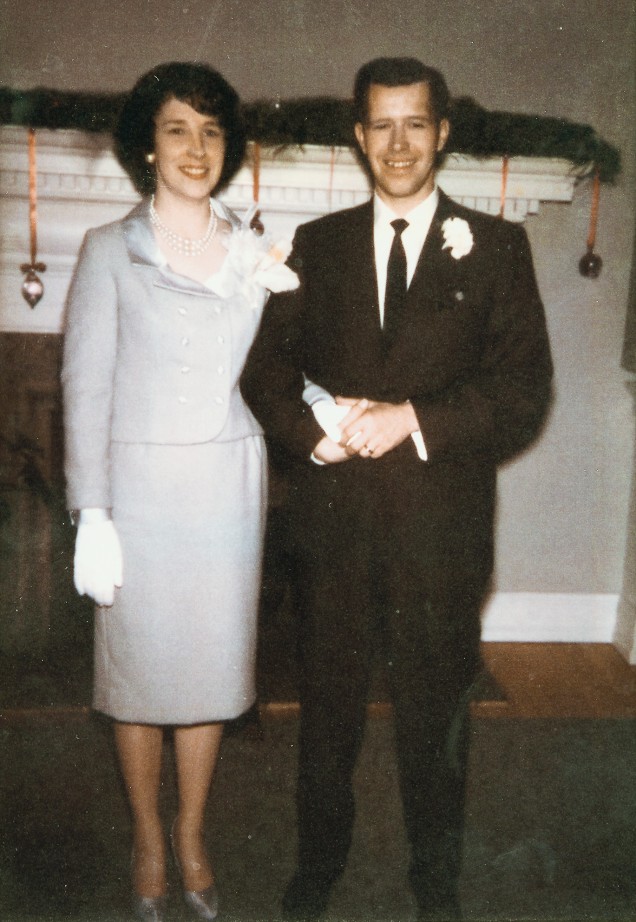 John and Carol Matlock met in what was a precursor to online dating—computer dating—where potential partners filled out a questionnaire and then mailed it in.Then, a person would create a punch card out of their answers and feed it through a giant computer that would spit out a few perfect matches. In just weeks (or sometimes months), that information would then arrive back in their mailbox.

In 1964, John was working in electronics and frequently on the road without much time to date. Carol was a single mother concerned about finding someone who would love and accept her 2-year-old son, and while she wanted to date, she certainly wasn’t looking to get married. After filling out his profile, John remembers receiving the names and photographs of three women. But Carol stood out from the others with her attractive red hair worn in a French roll to one side so he picked up the phone and asked her out.

Carol hadn’t received her matches in the mail and didn’t even know what John looked like when she accepted the date, but she knew that if her family didn’t like him, she wasn’t going anywhere with him. When John arrived at Carol’s house, he was surprised to find 16 other people waiting to meet him. Fortunately, he received a good report, and they were married less than a year later.

John and Carol, who will have been married 52 years in December, recorded their first interview earlier this year using the StorpCorps app when their daughter, Karyn Servin, talked them about how they first met (you can hear that conversation below). More recently, they came back to StoryCorps to continue the conversation.

Above Photo: Carol and John Matlock on their wedding day, December 26, 1964, courtesy of the Matlock family.

JM: We met through a computer dating service, back in 1964.

CM: You could have paid for just a year or two years. But I paid for life.

JM: I don’t remember how in the heck I joined, but I was kinda lonely.

CM: You were in electronics, which was what I was working in, and that’s how we were matched together.

JM: Yeah. I got a packet from them which included pictures of three different ladies, and yours was one of them. I looked it over. I did call one of the girls. Was not successful in getting a date with her. I don’t know what her case was… But then I called and talked to you.

CM: After we had several dates, I called the dating service, and said, “You know, I don’t think you need to send any more calls and he doesn’t want any either.” I said, “I think that we’re for each other.” But you didn’t know I did this….

JM: I wondered why the well ran dry.

CM: That’s all I cared about, it worked. You know, I was a single mother. And, um, like most single mothers you go to work, you come home, you take care of your child. I had a son. And so one of the reasons I fell in love with you is because you loved my son. And would be willing to accept him as your son.

JM: I asked to adopt him, and he carries my name.

CM: To me that was the most important thing. And we’ve been together 52 years December of this year.

JM: And who would’ve thought enrollment in a computer dating service

CM: Would lead to this …

JM: Would’ve worked out to that.

CM: We’ve had a wonderful life together.