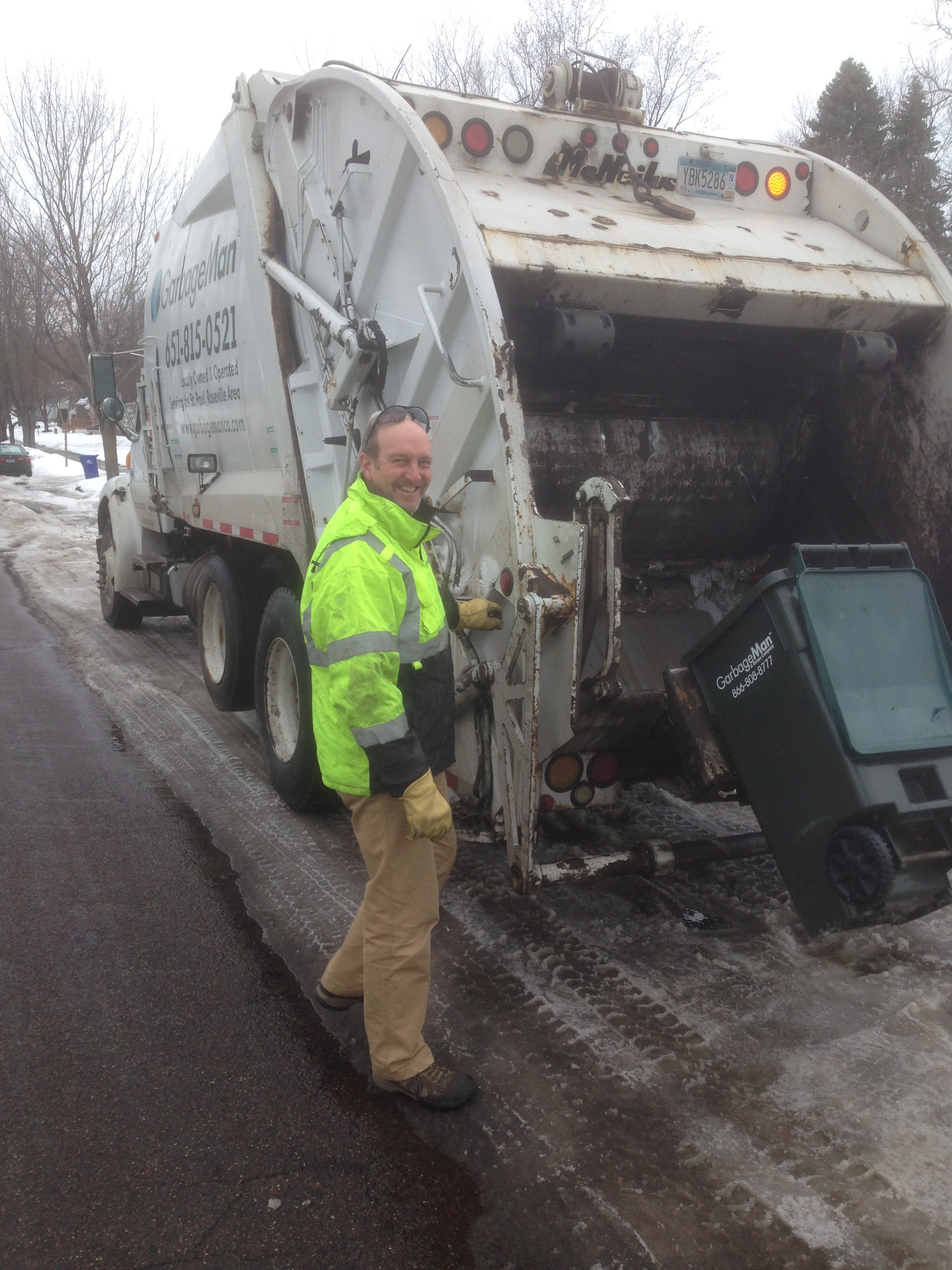 John Marboe (JM): I’ve been hauling trash probably since you were about 8 years old. I brought the truck to your school, didn’t I?

Charlotte Marboe (CM): Yeah. You you decided to pick me up in the garbage truck. Then, I hopped in, reluctantly. I was kind of like, this is my last day of fifth grade…

JM: Right in front of your friends…

CM: …right in front of my friends.

JM: Uh huh.  Did I ever tell you the story about when I was driving a truck and I pulled up to an intersection? And there was a mother and her little children. And her littlest boy just started waving, and I was waving. And the mother looked up at me with this kind of concerned look, and then grabbed her son. It was almost as though, ‘No. That’s not something you’re going to want to be.’

JM: I keep doing it because it’s — I don’t know if I want to say it’s more important, but it’s differently important. You’re doing something for people. And I think especially I’m aware of that when it’s hot out, when it’s really smelly, when there are a lot of maggots. But as a garbage man, I probably know more about people on my route than their pastor does. Because their trash tells a story.

Charlie, do you remember the note that was written on the back of this envelope, ‘I’ve tried and I’ve tried and I’ve tried and I just can’t stand the pain anymore.’  I looked at it and I thought, ‘You know what? I’m paid here to take out the trash, not to intervene in people’s lives based on what I find.’ As a pastor, all I could do was say a prayer. It’s similar to the way I feel about doing funerals. Though it’s not usually as intense. But it puts me in touch with that side of life which is about loss. That everything is temporary, you know? I love remembering the things that you said when you were like really little.

JM: Your first sentence was what?

JM: ‘It all goes.’ And to do the trash it’s sort of a reminder that every small thing that we do for other people is valuable. Even if it might be really small and unnoticed.