Many Americans remember Vice Admiral James Stockdale as H. Ross Perot’s running mate during the 1992 presidential campaign. Standing on stage between Dan Quayle and Al Gore during the vice-presidential debate, Admiral Stockdale opened by rhetorically asking: “Who am I? Why am I here?” 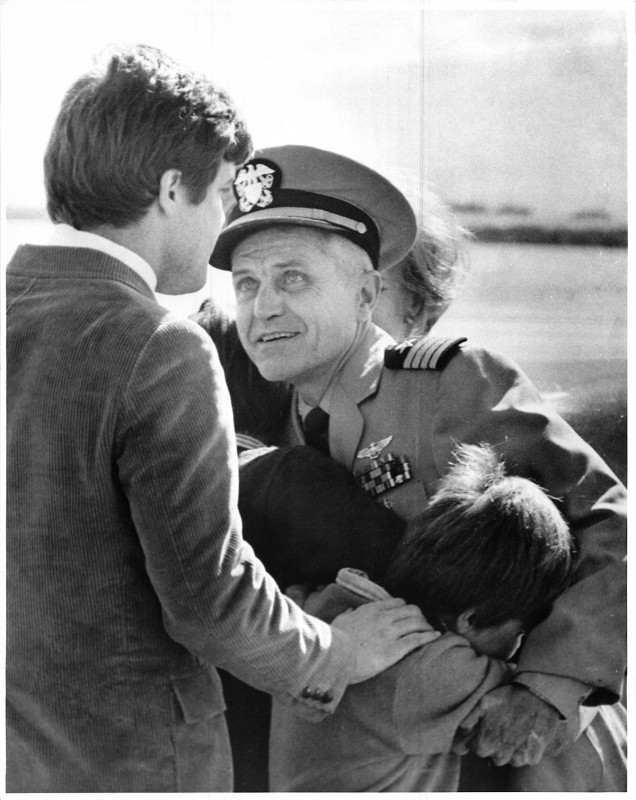 Those questions immediately became a sound bite and a punchline for late night comedians, and for millions of Americans, they defined a man they knew little about.

Adm. Stockdale’s legacy goes beyond a few sentences spoken in a debate. Over the course of his Naval career, he earned 26 combat awards including two Distinguished Flying Crosses, three Distinguished Service Medals, two Purple Hearts, four Silver Stars, and in 1976 President Gerald Ford presented him with our nation’s highest military honor: the Medal of Honor.

In 1947, Adm. Stockdale graduated from the United States Naval Academy, and in 1965, then-Captain Stockdale’s plane was shot down over North Vietnam. He was then captured and brought to the Hoa Lo Prison, infamously referred to as the “Hanoi Hilton.”

As the highest-ranking Naval officer held prisoner of war, he became a leader among the other POWs establishing a code of conduct to help keep them from being used by the North Vietnamese for propaganda purposes. Adm. Stockdale, who was forced to wear leg irons for two years while held captive, at one point slashed his own face with a razor to keep from being put on camera, and according to his Medal of Honor citation, he once used glass from a broken window to slit his own wrist in order to “convince his captors of his willingness to give up his life rather than capitulate.” 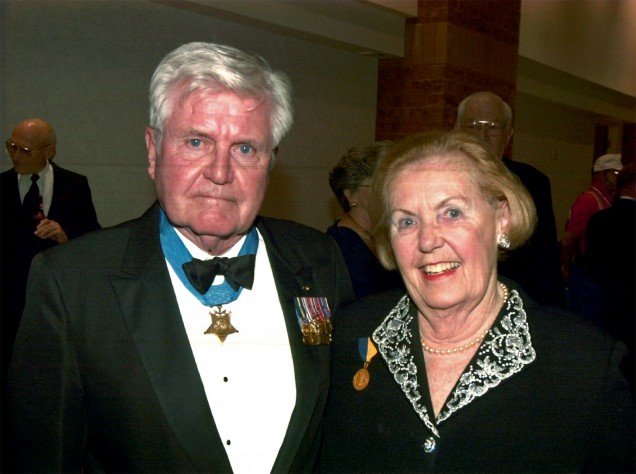 During his seven and a half years as a POW, Adm. Stockdale was able to send letters to his wife, Sybil, in California. Quickly, she figured out his correspondences contained coded messages and she coordinated with the CIA to continue their communications while her husband was held captive.

Sybil herself was a force to be reckoned with. She was a vocal advocate for the families of POWs and soldiers missing in action at a time when the United States government followed a “keep quiet” policy, asking relatives of POWs not to call attention to their family members (this policy was primarily for public relations purposes). And as a response, she helped found the National League of Families of American Prisoners Missing in Southeast Asia, a nonprofit organization that is still active today as The National League of POW/MIA Families.

Below: Listen to an excerpt from a February 1973 conversation between James and Sybil, speaking to each other on the phone for the first time in seven and a half years. Recorded by their son Stanford, James was at Clark Air Base in the Philippines at the time and would days later be reunited with his family. 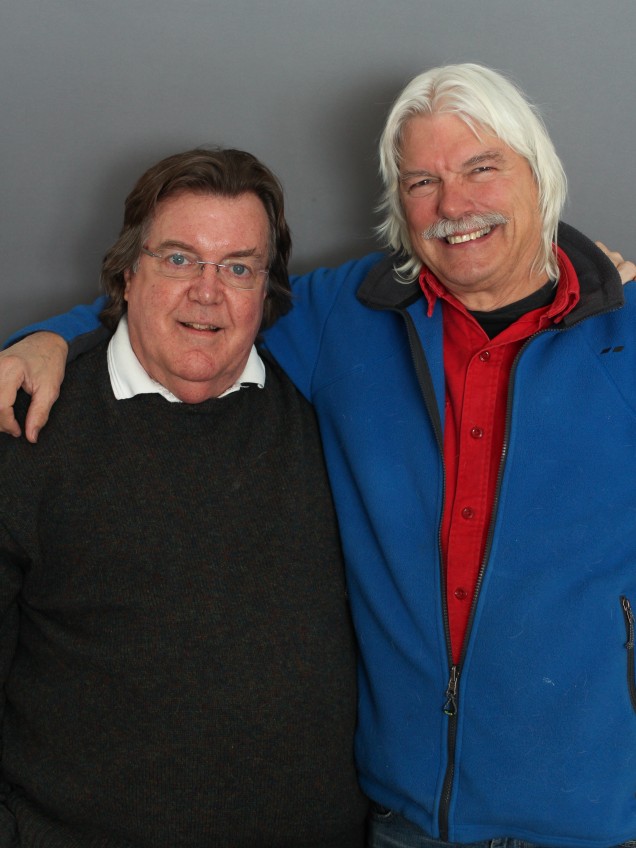 The citation that accompanied the honor noted, “Her actions and indomitable spirit in the face of many adversities contributed immeasurably to the successful safe return of American prisoners, gave hope, solace, and support to their families in a time of need and reflected the finest traditions of the Naval service and of the United States of America.”

Their son, Jim, a teenager at the time of his father’s capture, came to StoryCorps with his friend, Jasey Schnaars (pictured at left). Jim talked about his mother’s strength as they waited for his father’s return home.

Top: Jim Stockdale and his brothers, Taylor (right) and Stanford (left), greet their father, Navy Captian James Stockdale, at Miramar Naval Air Station on February 15, 1973, as he returns home after spending seven and a half years as a POW. (Photo courtesy of Jim Stockdale.)

JS: At one point while dad was gone, mom decided that we would not take any family pictures. She just said it one night at supper and we nodded knowingly as if that made sense. And she decided that she would buy no new clothes until dad came home. There was also a point at which she decided that we should always have a small bowl of rice for supper and that’s all, to sort of share dad’s meager existence.

These sound like strange — they are, they’re, they’re emotional kinds of things that really indicated how desperate we were to do something, you know? How we might live our lives in waiting.

I, I at one point visited a counselor, probably five years in. And the one piece of advice I remember was, “You may be better off just considering your father dead and gone.” Which, at the time, made pretty good sense to me. You know? After years and years of living with it.

The day that dad came home we had been forewarned about dad’s injuries. But standing there on the tarmac, when he came down the a…came down the steps, I remember just holding his featherweight frame in my arms. We were just sort of stumbling over our love for one another.

And I remember the third night he was actually at home he wanted to go and call the, ah, wife of one of the men who had died in prison. And, ah, we had about one of those to do a night for a couple of weeks. He felt it was his obligation to report what he knew about the nobility of men who had suffered greatly and had died of injury or infection or, in a couple of cases, just a broken heart as he described it.

And we realized how close we had come. And, uh, we maintained a fierce, loving allegiance to one another through to the very end.