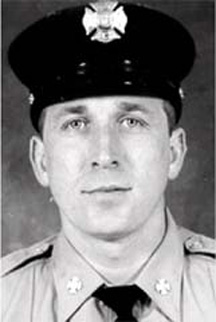 Jessica DeRubbio was 12 when her father, David DeRubbio (left), was killed in the World Trade Center on September 11, 2001.

He was a New York City firefighter along with three of his brothers.

Five years after his death, Jessica came to StoryCorps to remember him.

JD: When he died I was 12. Sometimes it’s hard for me to remember him because I was little. But I have to say that his hugs, like, I remember them so much. When I used to hug him, the whole world disappeared. He would cover me and that would be it. Ever since I could remember he wanted to be a firefighter. He wanted to be just like his brothers. I remember he finally did it he called me on the phone. He was just ecstatic , like, he didn’t know what to do. He couldn’t believe it. It was his dream. He never wanted to move up. He never wanted to be a captain. He wanted to stay a firefighter for the rest of his life. No matter how much I want him to be here, I still know that his dream was to be a firefighter. And I don’t think he would have wanted to die any other way.