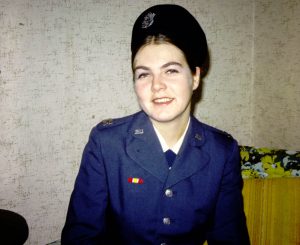 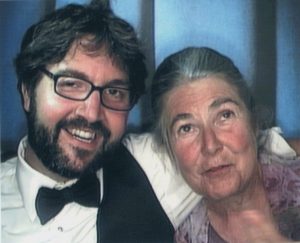 SC: When I was 23, I was in the air force. I was married, I expected a housing allowance and I wasn’t eligible for it because I was a woman.

SC: My lawyer was Joe Levin. Ruth Bader Ginsburg was an up-and-coming lawyer at the ACLU. It was the first time she argued in front of the Supreme Court. And it turned out to be a prominent case in women’s rights history. But I wasn’t there cause I didn’t know I could be.

NC: Are you, are you bitter about that?

SC: No, I’m not. We were all so young. And many many years later, I met Ruth Bader Ginsburg on the steps of the Supreme Court building. She was incredibly tiny. And she walked as if she was walking on broken glass.

NC: And I remember that she invited us to her chambers. Her office was just bedecked with books. Papers everywhere but a sense of organized chaos. She was such a diminutive human and then when she spoke, everybody just sort of came to a hush. I was just stunned by her brilliance and power that she wielded in such a tiny frame.

SC: And such a tiny voice. I mean the, the silence of her was like an engine at the middle of the universe.

SC: But at the end of it when we’re getting ready to leave, she stepped up and hugged me and said, “it’s alright to be a hero…”

SC: She used to characterize me as humble and self-effacing, which I am not. It’s that I never owned the part in Frontiero v. Richardson that other people wanted me to own. You know I, I never felt that I did it.

SC: I walked into a lawyer’s office and said, “help me get my money.” And I think that she was trying to tell me that it was okay to own my part. It has taken me a long time but I’m proud of the part I played in it.