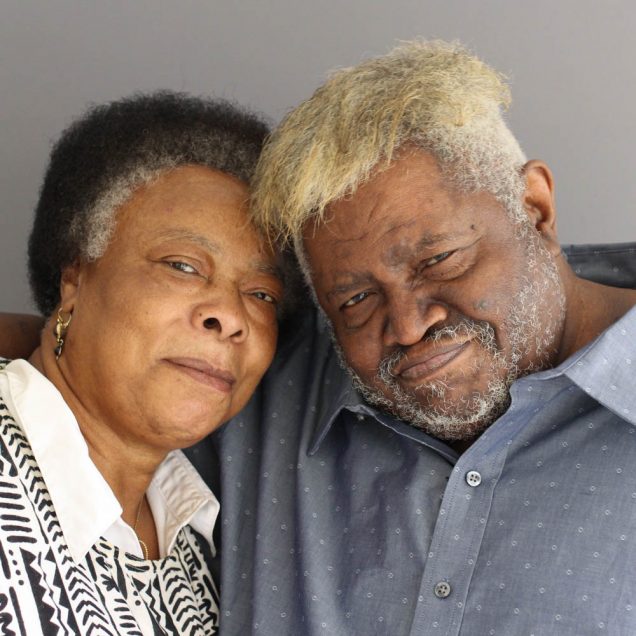 Narrator: You’re about to hear a painful but important memory from Winfred Rembert… one of the only people ever known to have survived a lynching…

When he was a teenager in the mid-60s… he went to a Civil Rights protest in the town of Americus, Georgia…

WR: I managed to take his gun away from him. I locked him in the cell and I fled.

More than five decades later, Winfred sat down with his wife, Patsy, for StoryCorps to tell her what happened next.

…and a warning, the following includes racial slurs and a detailed description of racial violence.

WR: The police caught me and put me in the trunk in the police car and when they got to their destination, they opened the trunk and I saw all these white people and I see these ropes hanging in the tree.

They took off all of my clothes, put the noose around my ankles and they drew me up in this tree. I thought that was the end of my life.

The next thing I see was the deputy sheriff, who I had locked in the cell. He took his knife, grabbed my private parts and he stuck me with the blade. You could probably hear me for miles screaming and I could feel the blood running down my back, down the back of my neck to the ground.

And then from out of the blue, this man said, “Don’t do that. We got better things we can do with this nigger.” I don’t know who this man was. Only thing I can tell you, he had on a brown suit and some brown wingtip shoes.

PR: What did they do then after that?

WR: They took me back to jail and I was sentenced on the chain gang during the prime of my life.

Now I’m 71 but I still wake up screaming and reliving things that happened to me. It was a long time, honey, before you knew. I didn’t want to scare you away.

PR: When you finally told me, I was devastated.

WR: Yeah, last night I fell out of the bed fighting somebody in my dream; so I’m still running trying to save my life. You know, I even go to the doctor and psychiatrist and everything to try to get help but I don’t think I’ll ever get over that. I think I’ll be dead and in my grave before it’s over.

PR: When I look back over your life and see how much was taken away from you, it made me have a special place in my heart for you. People don’t understand how we found joy even in the midst of our troubles but, when I leave this world, I would like to be in your arms and looking in your eyes. That’s how much I love you.

WR: I love you so much too and I thank you, honey.

Narrator: That’s Winfred Rembert with his wife, Patsy, at StoryCorps in Hamden, Connecticut.

They’ve been married for over forty years and raised eight kids together.

story
“People talk about someone who's at home in their own skin; that was Jen.”
2:11

“People talk about someone who's at home in their own skin; that was Jen.”